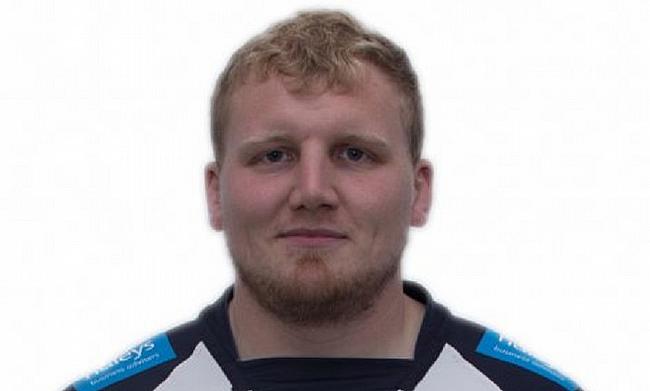 The powerful No.8 has spoken ahead of the upcoming campaign after the Hoppers immediately returned to the fourth tier of English rugby after relegation in 2017.

Lampery, who moved to Lightfoot Green at the beginning of last term, recently extended his stay with the Lancashire club as they prepare for life back in National Two.

“We are focused on staying up,” Lampery told ncarugby.com. “That is the new goal.

“It is very hard to come up from the league below and go from being the ones that everyone looks to beat to then be seen as the team which other clubs can get points from. Our focus is on getting some early good results.”

Lampery joined Preston last summer after a tough season in National One with Fylde and the Hoppers’ aims were to bounce back from their own disappointment in National Two North.

They finished bottom of the division with only five wins to their name, but they managed to put that behind them to clinch the North Premier title last season.

Here are all Hoppers' tries in their title winning match against Ilkley, enjoy! https://t.co/Q89Wc5JV5H pic.twitter.com/RARRjEt2ym

Preston racked up 23 victories from their 26 matches – finishing the campaign on 118 points – and for Lampery, his decision to move to Lightfoot Green was vindicated.

He added: “Firstly, it was obviously nervous because you are joining a club that wanted a lot. They wanted to get back up straight away.

“It is hard to get over something like [relegation] especially when some of the lads have only known Preston to be in that level or above.

“All of a sudden, you have one bad season and you are out. We spent a lot of pre-season focusing on the fact that the lads were and are good players, but it was just about taking ownership of decisions and trying to control matches.

“We slowly built the confidence back up after the first few games and after that, gaining promotion never seemed like a thing we were unable to do.

“When Preston approached me, it seemed like a good opportunity and to win a league is different for me after finishing second with my previous club Sedgley Park and also getting relegated with them! Preston are very set on having plan for the future. They want to go high and succeed and it was too tempting of an offer to turn down.”

After relegation in 2016-17, Lampery’s former coach at Fylde, Paul Arnold, took over the reigns at Preston and he has immediately made an impact.

The reward for promotion was a new two-year contract for Arnold and Lampery admits this will only help the club moving forward.

Lampery, who has also represented Lancashire at county level, added: “A lot of lads work well off Paul as a coach. They take on board what he says because he has done it all so he knows what he is talking about.

“Him signing on again for the time he has, is really good for the club because the players can then work out where they stand so they are not worrying about him leaving and starting their development once again.”

Lampery played over 100 times for Sedgley Park with the majority of his appearances coming in National Two North so he is hoping his experience at this level can help the Hoppers have a successful season back in this division.

“It is funny because I will be playing against lads who I have either played with for years at Sedgley, Fylde and Lancashire,” he said.

“I do have a lot of experience in the league and know a lot of the teams involved so hopefully that helps.

“For the team, we have got to set our stall out early on especially with the run of games we have at the start.

“I, of course, don’t think there are any easy games in this league, but our focus is on and making sure we can stay up before seeing where we can go from there.”