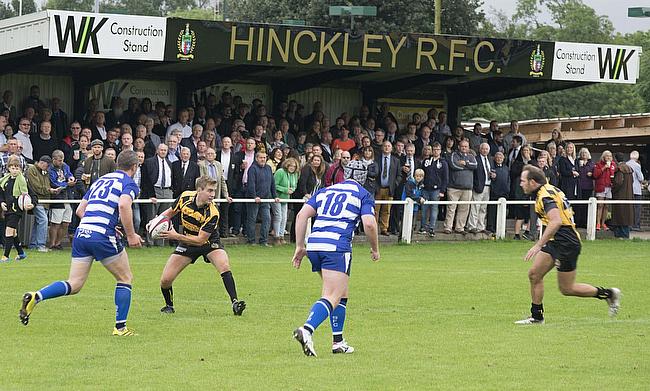 This weekend sees the top two in National Two North collide as Sale FC travel to Hinckley with both sides harbouring hopes of promotion to National One.

It was the sort of sporting tale that seemed to have it all as the weeks and months passed by.

But on this occasion, it was a story and a season which did not have a happy ending for Sale FC.

In an interview leading up to their National Two play-off clash with Old Elthamians last year, Director of Rugby Jonathan Keep said everything the club had achieved had “surpassed their expectations”.

“It has been a bit unexpected to a certain extent,” Keep said last May. “But as the season went on, we grew in confidence.”

These quotes summed up Sale’s campaign. A side that was on the cusp of relegation in 2016 now had a shot at National One but in the end,  it was not to be for the men from Heywood Road as OEs clinched a place in the third tier meaning Keep’s side faced another year in National Two North.

But how would Sale respond after such a remarkable campaign?

At the beginning of this term, Sale looked as though they were suffering from a slight hangover following two defeats and a draw from their first seven matches, but their turnaround in form over the last three months has been mightily impressive.

This weekend, Sale head into their top of the table clash with Hinckley currently at the summit of National Two North following 11 straight victories and also, they have a game in hand over their promotion rivals.

The Manchester-based club are now hitting their stride and taking the next step was exactly what Keep was aiming for at the beginning of the season.

“The lads are going really well at this moment in time, but we started off on a bit of a roller-coaster,” said Keep.

“We wanted to try and improve on the back of last season and try and go that one stage further after losing in the play-off. We tweaked a couple of things in the system and it took us a while to get used to, but now we are in a great position.

“We all felt that there was a bit of unfinished business from last year. There is always conversation around Sale FC and we are not blind to that because we read the same stories and hear the same talk, but in regards to just getting on with the job, we have been able to do that because the players reacted very well from our slow start.

“The thing is with this league is that most sides can beat each other as shown at the start of the season. 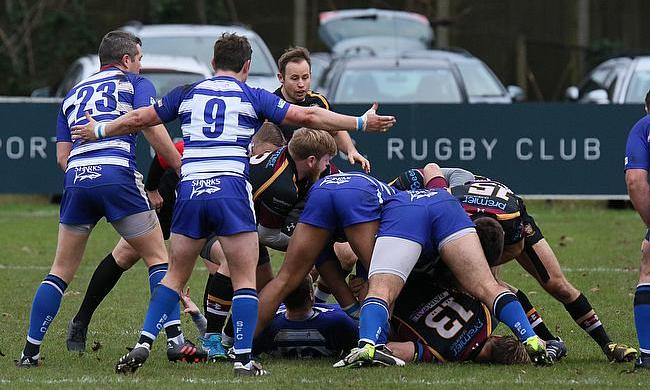 “That means you can’t go into any game under cooked so you have to prepare every single week for the next task coming up because somebody will always be waiting to try and knock you off your perch.”

And the next side looking to do just that are Hinckley.

If Sale’s rise up the National League ladder is something to admire, then Hinckley’s journey must also be applauded. Both of these teams were battling it out for a place in National Two North back in 2014/15, but now they head into this weekend vying for top spot in the fourth tier of English rugby.

Sale won promotion in that aforementioned season and 12 months later, Hinckley joined them in this division. Their immediate introduction to National Two rugby was very tough as they lost six of their first seven matches, but their response was excellent.

The men from Leicester Road were able to claim a very credible ninth placed finish so for incoming Director of Rugby George Chuter, there was a platform to build upon.

But even he didn’t expect Hinckley to have had such a wonderful season thus far. The Hornets prepare to welcome league leaders Sale this Saturday with both sides currently level on points as the race for a top two spot continues to intensify.

“It has been a pleasantly surprising season so far,” said Chuter. “We came into this season looking to consolidate from last year and work our way up, but the work the lads have put in has paid off because we find ourselves with everything to play for towards the top of the table.

“The guys last year had a tough start, but the response in the second half of the season was great and the side started to look comfortable in the league. That helped my transition when coming to the club because the squad was full of players with experience in this league.

“I’d say the only negatives to take from this season so far have been our results against the teams around us. We have lost twice to Sedgley Park and were outplayed by Sale at their place. Those losses are as important as any of our wins because we can learn from them.

“Of course, we are very keen to try and get a win at the weekend and I think Sale are the best team in the league and the best prepped to be a National One team so it will be a big test for us.”

Sale travel to the Midlands having not lost since October while Hinckley are back on home turf looking to gain their first ever victory over the North West side and it is no surprise to hear both camps admitting that this is one of the biggest games of the season.

“On paper, it is such a huge game,” added Keep. “You look at it and we are both level on points and we are playing away from home. Anybody who has been down to Leicester Road this season will know it is a tough place to go and play.

“Hinckley have been playing some great rugby and they deserve to be where they are. We are just going to go down there to try upset the applecart. It is going to be a very tough task and I think we are most likely to be underdogs, but we are confident of giving it a very good shot.”

Chuter added: “Every game is as big as the next one. Sedgley Park was a big game. We fell short when we played them at home a couple of weeks ago.

“I suppose looking at the rest of the fixtures such as Tynedale and Stourbridge at home, Sale is our next big test. They are the leaders who have been setting the pace since October time so we have to be ready.” 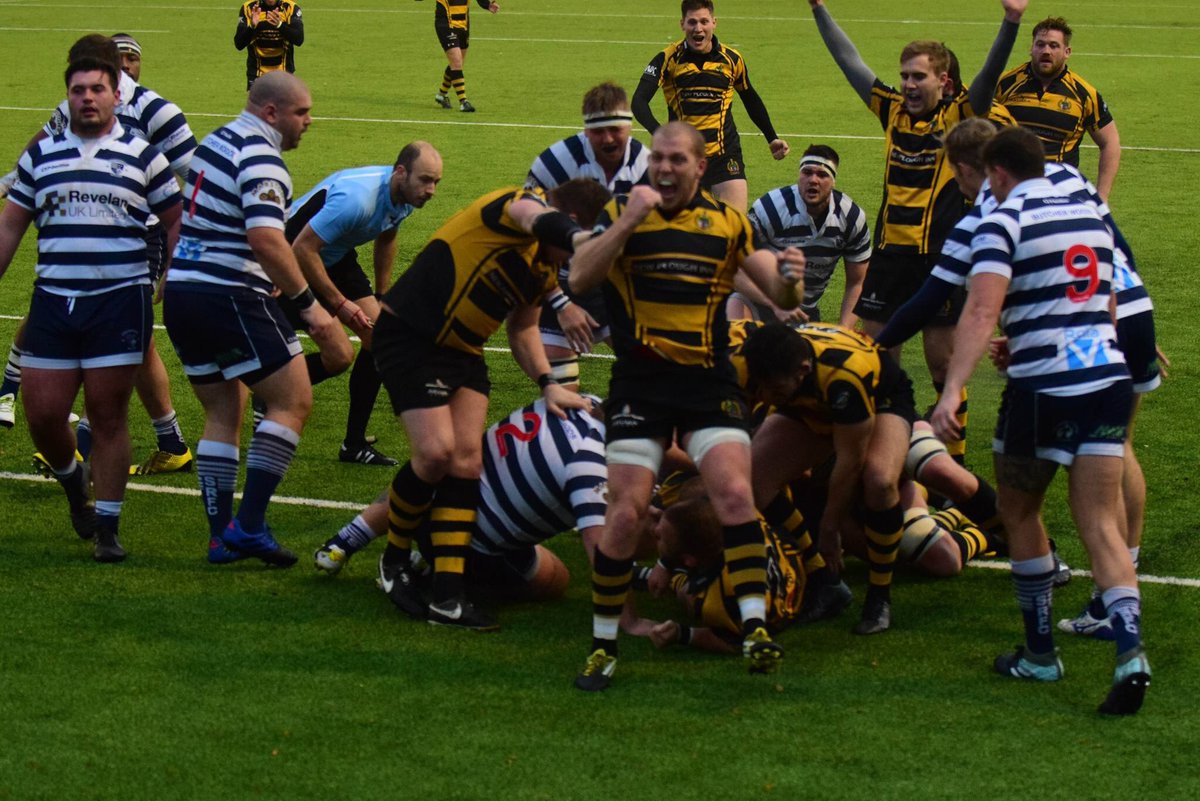 Hinckley have lost at home on just one occasion & their good form has continued throughout the campaign (Credit: Steve Wells)

As the top two prepare to meet this weekend, expect this fixture to provide drama and quality in abundance as both sides look to begin writing the latest chapters in their extraordinary journeys in National Two North.