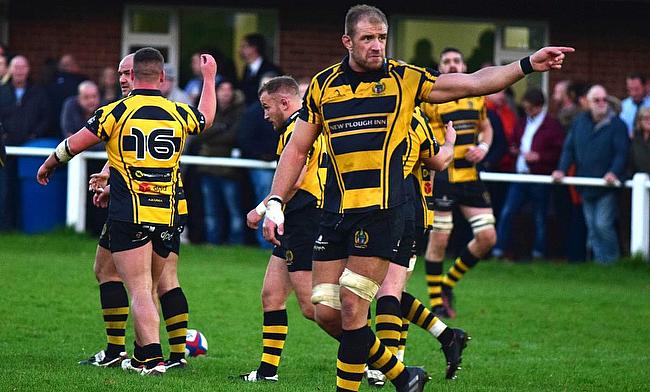 It may not be significant at this stage of the new campaign, but the top two in National Two North meet this weekend when Hull Ionians visit Hinckley.

The I’s were relegated from National One back in April, but since dropping down to this division, they have been faultless thus far.

Hull have picked up maximum points and sit on top of the pile, but this Saturday, they travel to an unbeaten Hinckley side who are full of confidence after also making a winning start to the season.

Going into Round Four, Chester are the final side yet to taste defeat in National Two North and they will be hoping their neat and tidy start can continue when they visit a self-assured Sheffield Tigers side this weekend.

National Two North and Hull Ionians seem to be a very good partnership. The last time the I’s were in this division, they won the league title with a point’s total of 134 and this season, they have certainly started like a team who is aiming for automatic promotion once again. Following relegation from National One in April, the Yorkshire side have been faultless so far this term having picked up maximum points from their first three matches.

They currently sit at the summit at this early stage of the campaign, but they arguably face their toughest test yet when they travel to second placed Hinckley on Saturday. George Chuter’s side battled to a superb win over previously unbeaten Wharfedale in Round Three to maintain their winning start to the term. Hinckley are once again up against a team who is yet to taste a defeat so whose untarnished record will still be intact at the end of Round Four?

Chester are the only other undefeated side in the division so they may have an eye on proceedings in the Midlands when they visit Sheffield Tigers this weekend. Inconsistency has held the Cheshire outfit back in recent years, but the men from Hare Lane have got this campaign off to a flying start with a trio of victories against Preston Grasshoppers, Macclesfield and Leicester Lions.

Next in the schedule for Chester is a Sheffield Tigers side which has also begun the season on the front foot. Jamie Broadley’s men so nearly upset Hull Ionians in Round One, but they have not let that opening day defeat affect them as they have secured back to back wins over Stourbridge and South Leicester since then. Considering the Tigers had not managed consecutive victories since November of last year, the Yorkshire side are certainly heading in the right direction and they will be looking to end Chester’s unbeaten start at Dore Moor this Saturday.

It was as if Fylde had flicked a switch and exploded into life. Warren Spragg’s side lost to local rivals Preston Grasshoppers in Round Two, but they responded in emphatic fashion last week by thumping Macclesfield at Woodlands. The Lancashire outfit were relegated from National One last term, but are slowly clicking into gear at this level, which will be a worry for their next opponents Leicester Lions.

Fylde maybe quietly confident of achieving their first away victory for 10 months when they visit a Leicester Lions side who are still struggling. It is now eight straight defeats for Andy Key’s side as they lost to Chester last Saturday so the Midlands club will be keen to put a stop to this unwanted record which stretches back to last season.

Matt Bebbington’s Sedgley Park side produced a perfect response in Round Three. After a loss away at Wharfedale, Sedge hit back to thrash Otley at Park Lane and now their season is back on track. The Manchester-based club finished second last year and have all the capabilities to challenge for promotion again, but they will be wary of the test Preston Grasshoppers will pose on the weekend.

after a big win on Saturday, we’re looking straight ahead to next week with the new fixtures. @RugbyHoppers @CaldyRUFC @PenrithRUFC pic.twitter.com/DWxXKm6itg

Earlier this year, the Hoppers were promoted back into National Two North at the first time of asking, but did begin their return to the fourth tier with a loss against Chester. However, a hard-fought win over near neighbours Fylde at Lightfoot Green was an excellent result for the Lancashire side and they should have backed it up in Round Three. However, they saw a likely victory turn into a defeat in the final 10 minutes at Huddersfield so the Hoppers will be aiming to bounce back against Sedge and secure their 15th consecutive home victory under head coach Paul Arnold.

Wharfedale suffered their first defeat of the new campaign last weekend, but it was a game in which they could and maybe should have won according to the club’s website. Dale were very much in with a shout of clinching a third consecutive victory against Hinckley, but an interception try and a last-minute penalty saw them leave the Midlands empty handed.

All of this said, Rob Baldwin may well be content with how his side have performed in the opening weeks after a couple of seasons of battling relegation and he will be keen to see his side return to winning ways when they host Otley. The visitors travel to Skipton having lost two of their opening three matches, but those aforementioned defeats have come against Fylde and Sedgley Park – two possible promotion candidates. Otley’s last away victory came against Sheffield in the final weeks of the 2017/18 season so they will be aiming for another successful Yorkshire outing this Saturday.

Following a very below-par performance against Sheffield Tigers in Round Two, Stourbridge would have been very pleased to secure a victory against Tynedale last weekend. Neil Mitchell’s side were pushed all the way by Tyne, but the Midlands club held on for their second home triumph on the spin.

Sat 22 Sept sees the Lions welcome Stourbridge RFC to the Den. The Lions are finally getting to grips with life in National 2 and will be looking to record our first win of the season.
Come and support your local side, game kicks off at 3pm, Bar open from 12:30.

After finishing third last term, Stour may still be thinking about a top two finish this year and a win away at newly promoted Peterborough Lions could be a necessity if they are to challenge for promotion once again. The Lions are still adapting to life at this level after three straight defeats which leaves them bottom of the league standings at this early stage. They are currently the only side in the division without a point so it would be a major confidence boost for Simon Moyle’s side if they were to get off the mark this weekend in front of their home supporters.

After solid victories against Macclesfield and neighbours Leicester Lions, South Leicester had begun the season in fine fashion, but their hard work was undone slightly last weekend. The Midlands club were second best at home to Sheffield Tigers so the men from Welford Road will be wanting a reaction when they visit a winless Tynedale outfit.

So far this term, it hasn’t been easy for Tyne to hit the heights of last year. A fourth placed finish marked a very positive campaign for the north-east side, but three consecutive defeats to begin this season may have tempered expectations at Corbridge. To be fair to Tyne, they have played three possible promotion contenders in Hinckley, Hull Ionians and Stourbridge so this might the fixture where they can get their ball rolling for the 2018/19 campaign.

They left it late and it was dramatic, but Huddersfield were able to clinch their first win of the new campaign in Round Three against Preston Grasshoppers. A brace from Kian Stewart helped Gareth Lewis’ side over the line and it would have been a most welcome victory for a Field side that had narrowly been beaten in their opening two fixtures.

With a renewed confidence, they head to Macclesfield this weekend looking to heap more misery on the Cheshire side. Marshall Gadd’s men have lost their first three games of the season and were thrashed by Fylde last Saturday to compound a disappointing start. The men from Priory Park are struggling, but they will be eager to turn their frustration into a positive this weekend as they look to get their season up and running.