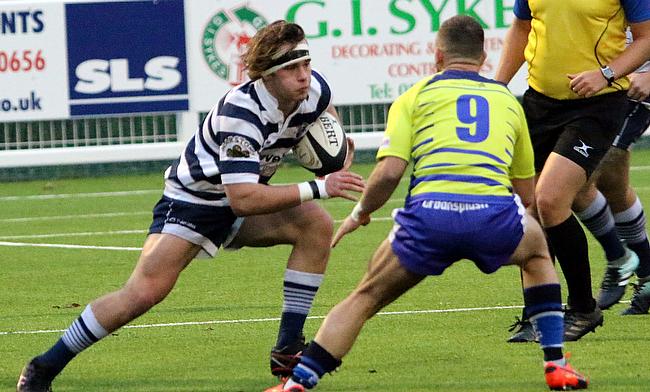 The top two in National Two North meet at Heywood Road this weekend and ncarugby.com caught up with both camps ahead of this fixture.

Jonathan Keep admits his Sale FC side are viewing “every weekend as a hurdle” between now and the end of the season as they aim for promotion.

The men from Heywood Road are currently five points clear at the summit of National Two North and they are on a 15 match winning streak – a run which stretches back five months.

This weekend Sale host second placed Stourbridge and arguably this is their biggest challenge remaining in the campaign, but Keep feels his team cannot take anything for granted in their quest to secure a place in National One. 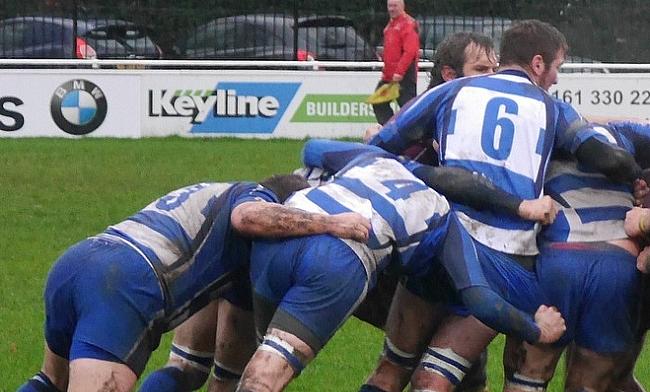 Sale FC have not lost since they were beaten by Tynedale in Round Seven. Photo Credit: Glenn Hutton

“I’m extremely pleased by the manner in which the players have conducted themselves,” said the Sale FC Director of Rugby.

“They have been training very hard to get into the position they are in. I am very proud of what the players have done to date.

“If I am completely honest, we are just working from week to week. We see every weekend as a hurdle.

“There is no side which you can underestimate in the league and that is from top to bottom. If you relax at any moment, that is when you are going to get caught out. We are certainly not resting on our laurels.”

Sale welcome Stourbridge to Heywood Road where they have lost just one of their last 27 league matches, but asked about his thoughts on this top of the table clash, Keep added: “It is a very similar scenario to the last time we played them. 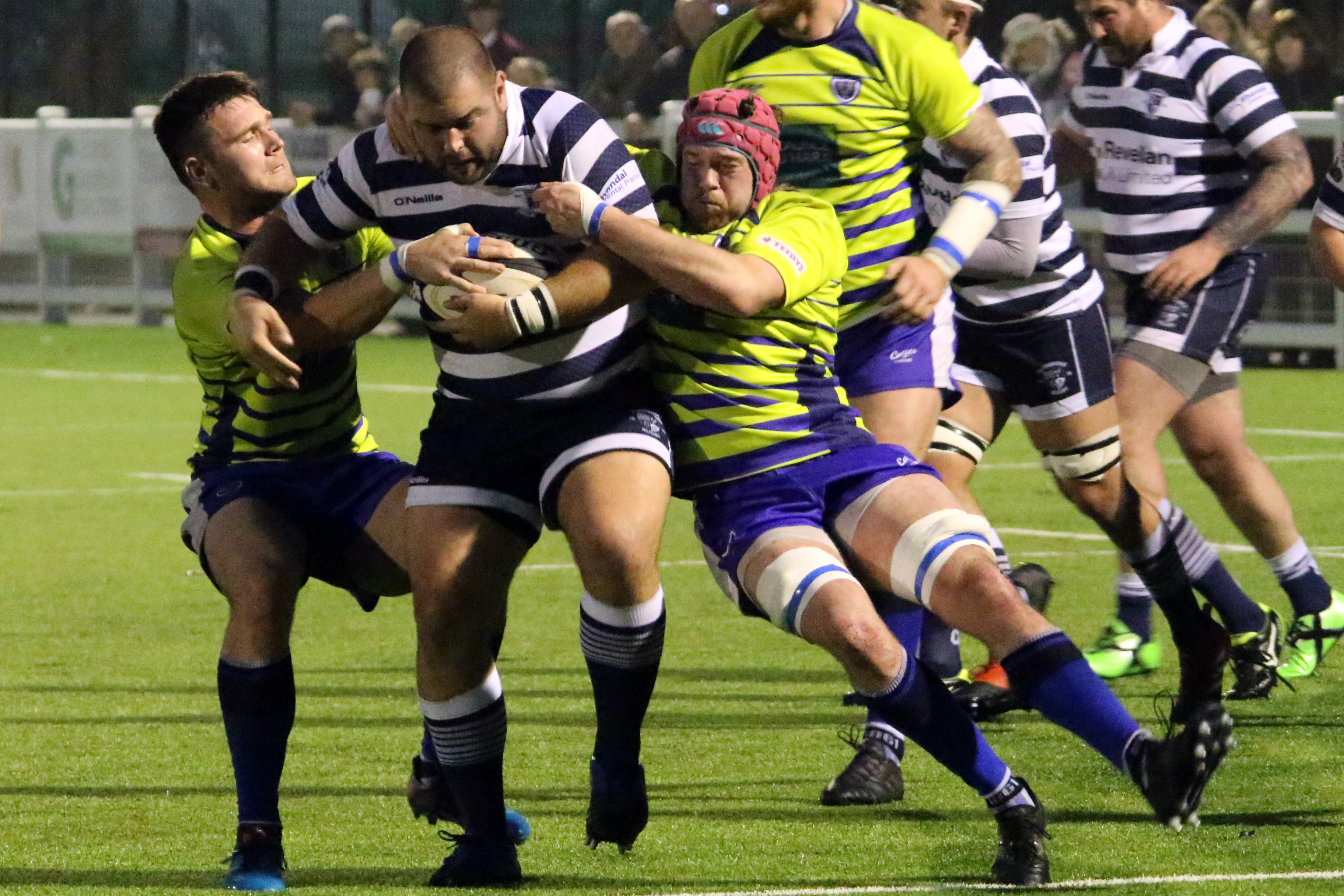 “Although they did lose a couple of weeks ago, Stourbridge have been on a great run of form as they were when we went down to them in November.

“Yes they are coming to Heywood Road where we have had a good run of form, but Stourbridge are good all across the park so it is going to be a very tough game.

“It is going to be a case of fighting until the 80th minute and we want to play to our structures so if we do that, then we stand a good chance of being in a good place come the end of the game.”

If Sale were to secure their desired result this weekend, they could move 10 points clear of Stour with seven games left in their season, but Keep insists his side are not feeling any pressure despite sitting in pole position.

He added: “We are on a good run of 15 wins in a row which is a great record to have. I don’t necessarily think it brings more pressure.

Well done to the @SaleFC boys for yet another win on the road. Defence has been unbelievable all season and today was no different. 8 matches to go and in prime position to achieve something very very special #onesalefc

“The players are really rising to every single game and making sure they bring the best out of themselves. A lot of it is really down to the players and the attitude they have shown.

“By focusing on the next challenge in hand, we are not looking too far ahead.  That mentality is helping us not put pressure on ourselves.”

Keep also revealed “it is no secret” that they have ambitions to take the next step and their opponents on Saturday believe Sale will go up automatically this year.

The Midlands club travel to Sale in Round 25 and Director of Rugby Neil Mitchell insists their hosts will not be dislodged from the top of the table.

Mitchell also expects another tough game for Stour after recent trips to promotion rivals Sedgley Park and Tynedale, but he says that going to Heywood Road presents a great opportunity for his side. 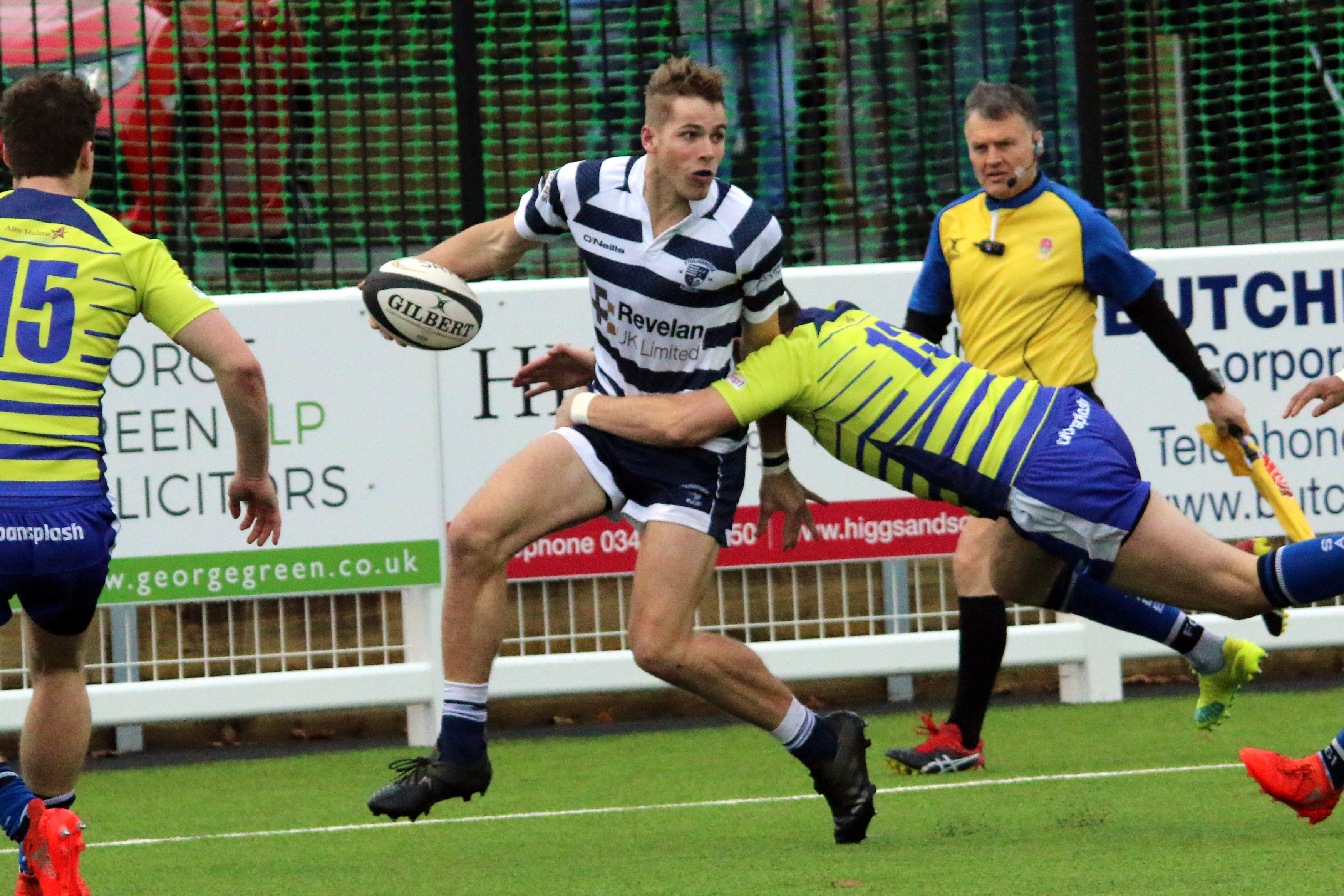 This will be the third week in a row Stourbridge have faced a promotion rival. Photo Credit: Ceri Davies

“We go to Sale this weekend and they are clearly going to be confident,” Mitchell said.

“Sale are well ahead in my view. They are a quality side and have a great squad and I am convinced that they are going to go up as champions.

“We have been in top spot in the past and teams see each game as a cup final and we have to take that approach this weekend.

“We have nothing to lose and we will go there as underdogs like every team this season has. Sale are the ones who have got to produce the result and we are looking forward to the challenge.”

Sale haven’t lost a National Two North fixture since October 14th which has seen them rise to the summit, but at the start of the season, Stourbridge did not expect to be towards the top of the division alongside the Manchester-based club. 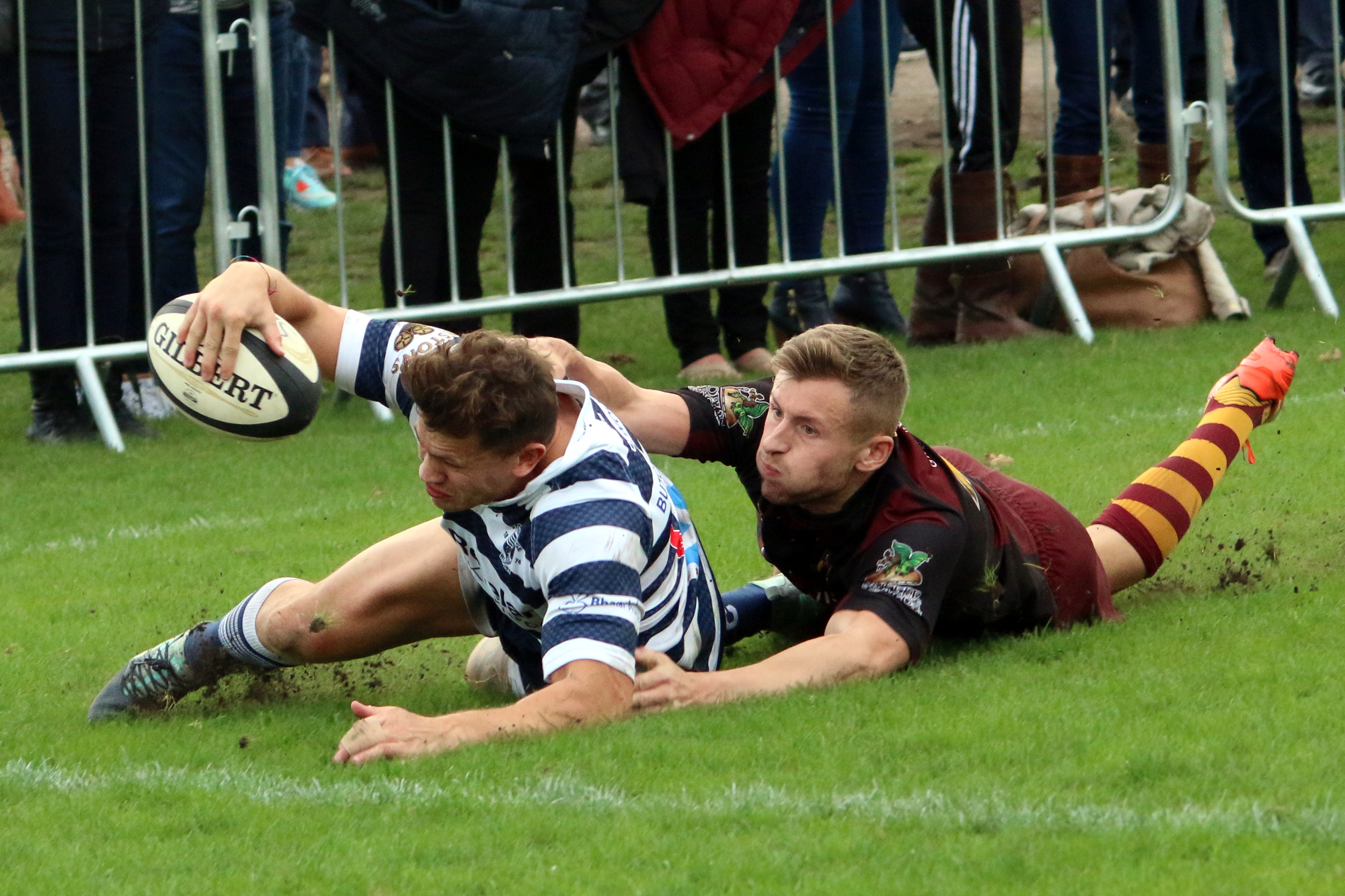 Despite there concerns, Stourbridge won their first nine games of the season. Photo Credit: Ceri Davies

“This season has been a surprise to be honest since our humble beginnings in August,” added Mitchell. “We only had something like 12 players for the first team.

“I remember before we played Chinnor in pre-season. It wasn’t looking very healthy and there were holes in the team. In all the years I have been at Stourbridge, I did have concerns because we just couldn’t get the numbers in.

“We thought it was going to take some building as the season went on, but we have certainly exceeded our expectations.

“We had to utilise players out of position and it did work at the start of the season. We got nine wins out of nine with bonus-points so it was far better than we could ever have imagined.”

And after that superb beginning for Stour, they went through a blip in form in November but since then, the men from Stourton Park have responded by winning eight of their last 10 matches.

Their run of form has kept them in the mix for a top two finish and Mitchell admits the race for second place will go right down to the wire.

Mitchell added: “Including the season we were in the play-off, I think this is the most exciting and most enjoyable season.

“To have a breakaway group of four teams including ourselves along with Hinckley, Sedgley Park and Tynedale, it is like a 200m race! Not many points separate us and we don’t know how it is going to end up until we get to the final 20 metres. I think it will be the first to blink as well.

“We went to Tynedale and we almost had the game in the bag after our great win at Sedgley Park, but in the space of 11 minutes, we conceded 28 points.

“We came away from those two tough games with six points and now we have another difficult game coming up against a Sale side which is almost unbeatable, but it gives us a great opportunity to go there and test ourselves.”