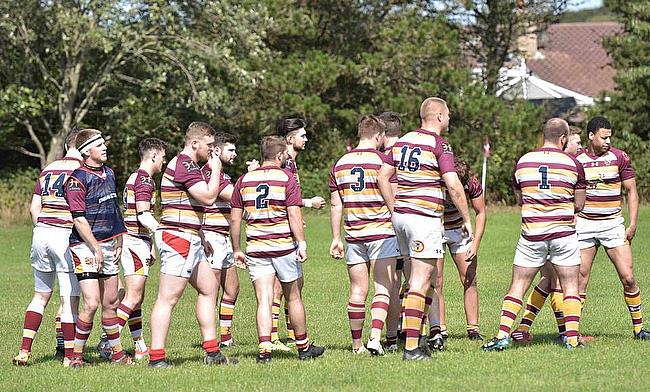 This Saturday, the new campaign gets underway and with a day to go until the 2018/19 term begins, its time have a look at the runners and riders for this year in National Two North.

Regular followers of National Two North may have predicated Sedgley Park’s achievements last season. After being on the cusp of the top two places in this division over the last couple of years, Matt Bebbington guided Sedge to a second placed finish in his first campaign in charge at Park Lane.

In the end, they finished just five points behind champions Sale FC and secured a play-off against Chinnor. Unfortunately for the Tigers, they failed at the final hurdle but if last year is anything to go by, the signs look good for Sedge to mount another promotion challenge.

The race for a top two spot was hotly contested in 2017/18. Along with Sedgley Park, Stourbridge, Tynedale and Hinckley all flirted with the possibility of the play-off.

For Stour, their season was a tale of two halves once again. A blistering start to the campaign saw them string together nine straight victories, but inconsistent results killed off their promotion chances. Key for them this season is the acquisition of Rickie Aley. Last season’s top point scorer could be the difference from fly-half for Neil Mitchell’s men.

Last year also promised so much for Tynedale and Hinckley, but like Stourbridge, patchy form ended their hopes of a top two finish. On reflection, they both would have been very pleased with their progress and it’s whether the two clubs can now build on a positive campaign. Tyne go into this season under the stewardship of Ben Woods whilst George Chuter will be aiming to continue guiding Hinckley in the right direction.

Joining National Two North this season from National One are Hull Ionians and Fylde. Both sides did enough to beat the drop in 2016/17, but couldn’t avoid the trapdoor last year. For Fylde, it really was a disappointing campaign. They picked up just three wins all season, but the Lancashire side have had their longer-term ambitions in their mind for a while now. Under Warren Spragg, there is a young and talented squad waiting to show what they are capable of as they look to respond after a tough year.

As for Hull Ionians, they nearly pulled off a remarkable escape last term. Successive wins at the start of April saw the Yorkshire club give themselves a massive chance of survival after a difficult campaign, but defeats to Coventry and Ampthill sealed their fate and ended a three-year stint in National One. Significant improvements will undoubtedly occur at Brantingham Park this season as they aim for an immediate return to the third tier.

Teams such as Huddersfield, Chester, Macclesfield and South Leicester formed the middle pack in National Two North last term. Field were certainly the surprise package and secured a well deserved sixth placed finish after promotion from Midlands Premier. Their results did take a slight dip towards the end of the campaign, but Gareth Lewis has created a great foundation going into the new season.

In 2016/17, Chester ended the season in fifth so last year, a seventh placed finish was a step backwards for Jan Van Deventer’s side. However, they have the quality to have a great term this time around. A vital factor in them having a good campaign will be translating their excellent home displays into their away performances because over 70 per cent of their triumphs over the last two seasons have come at Hare Lane.

As for Macc and South, the former had a torrid start to last season following relegation from National One, but after the appointment of Marshall Gadd as coach, the Blues surged away from the relegation battle to end the season in midtable. In terms of South, just four defeats in the first half of the campaign saw the Midlands side comfortably sitting in the top eight, but 10 losses from their final 14 fixtures meant the men from Welford Road had to settle for ninth place. South begin the new season at home to Macclesfield and both sides will be keen to get off the mark with a positive result.

Elsewhere in the division, a run of five wins between October and November of last year proved to be crucial for Sheffield Tigers who concluded their second campaign in National Two North in 10th place. Their mixed run of results may not show it, but Jamie Broadley’s side certainly made improvements last term after finishing just four points clear of the drop in 2016/17.

The Tigers will be hoping to continue on their upward trajectory whilst Otley, Leicester Lions and Wharfedale are all aiming to begin the new season in a positive manner. Otley are under the guidance of Tom Casson and Charlie Maunder this term and they are tasked with taking the Yorkshire club to the next level after consecutive 11th placed finishes. The stories surrounding where the club’s new home will be has been the headline during the summer, but Otley will be keen to do their talking on the pitch come Saturday afternoon.

Leicester Lions and Wharfedale went on different journeys last year, but ended up being separated by just two points. Following back-to-back third place finishes, the Lions brought in Jack Heald to replace the outgoing Andy Key who joined Rotherham, but it wasn’t long before Key returned to the Midlands. He was appointment back at TMDP Park at the beginning of 2018, but Leicester were still in a relegation battle going into the final fixture of the season. A vast improvement will be likely frin the Lions as they look to put the last 12 months behind them.

As for Dale, they are beginning a new era under Director of Rugby Rob Baldwin and Head Coach Jon Feeley. The Greens, who were relegated from National One in 2016, found themselves at the wrong end of the table for the second season running and only three straight victories from their final three matches saw them escape the drop. Injuries to key players hasn’t helped matters for Wharfedale in recent times, so can they have a successful year in National Two North this around?

Finally in National Two North, we welcome the two teams joining from the fifth tier. North Premier champions Preston Grasshoppers made an immediate return to this division following relegation 16 months ago. Former Fylde Head Coach Paul Arnold took over the reins at Lightfoot Green and guided the Lancashire club to the title following 23 wins from 26 matches.

We’re delighted that Head Coach @arnie_4 has signed a contract extension until the end of the 2020/21 season. https://t.co/eqAogYKVzO pic.twitter.com/xqFQ6phiSF

Added to that, they completed the campaign with a 100 per cent home record and strong displays on their own patch could be key this season.

Whilst Preston are no strangers to this division, Peterborough Lions are most certainly the new kids on the block. The Cambridgeshire side finished runners-up in Midlands Premier last term, but they managed to beat Hull 31-22 in the play-off to write a new chapter in the club’s history.

Five years ago, chairman Andy Moore wanted to see the Lions in National Two and this weekend, his dream will become a reality as Simon Moyle’s side look to put up a strong fight this term.