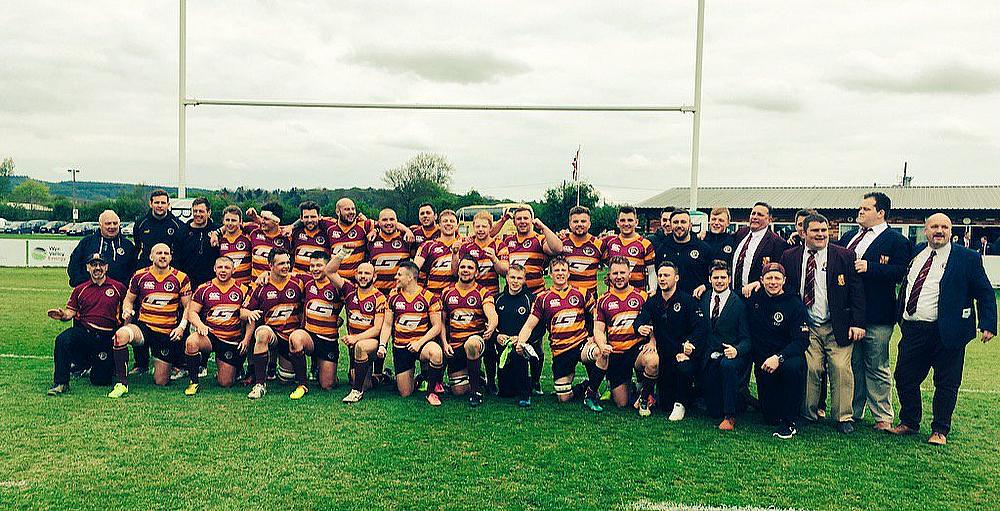 Sheffield Tigers will be playing National Two North rugby next season after a victory over Luctonians kept them in the division.

The Tigers, who were promoted from National Three North last year, knew they needed a victory in Herefordshire to avoid the drop and an excellent second-half performance secured them the vital win.

Their result meant that Scunthorpe and Harrogate were both relegated from the division with the Lincolnshire side losing away at Chester while Gate were on the wrong end of a dramatic contest against Hinckley.

At the top of the table, the National Two play-off will be held at Heywood Road this season after Sale FC secured a victory away at Otley. Jonathan Keep’s side will take on Old Elthamians in Manchester this coming Saturday for a place in National One.

Elsewhere in this final round of National Two North action, Sedgley Park beat newly crowned champions Caldy for the second time this season and Leicester Lions secured third place while South Leicester finished seventh and Wharfedale picked up their maiden away win.

The Tigers required a victory to avoid an immediate relegation back down to National Three, but they found themselves 17-10 behind at half-time with Matt Hackley, Guy Kirby and Joe Doyle scoring for Luctonians.

Chris Pond grabbed the only try of the first period for Sheffield, but two quick-fire scores from Pete Swatkins and Ryan Holmes put the away side in front after the interval.

Tom Jones’ drop goal reduced the Tigers’ lead to just a point, but tries from Jamie Broadley and Lee Monks in the final 15 minutes secured the win for Sheffield Tigers who will now be plying their trade at this level for another year.

A late try from Ben Avent gave Hinckley a stunning victory over Harrogate, who were relegated from National Two North following this loss.

The hosts had looked set for a defeat when Sam Brady touched down to give Harrogate a 31-20 lead.

But a score from Ben Marshall was followed by Avent’s close ranged try which secured an unlikely win for Hinckley while Harrogate have dropped out of the division.

In truth, a win would not have been enough for Harrogate to stay up after Sheffield Tigers had beaten Luctonians, but David Doherty’s men put in a batting display at Leicester Road.

They led 17-5 at the break thanks to tries from Paddy Hebblethwaite and Ben Dixon, with Josh Smith responding for Hinckley.

The hosts reduced the deficit to just two points after the interval as former New Zealand winger Scott Hamilton crossed after Joe Wilson’s penalty, but Harrogate gave themselves breathing space once again as Brady went over for his first try of the afternoon.

Hinckley responded as Wilson went over, but Brady’s second score looked as though it would be enough for Harrogate to seal the victory.

However, Marshall went over for Hinckley to bring them to within six points of their visitors and Avent’s late converted try snatched the win for the Midlands side.

Scunthorpe have been relegated from National Two North after just one season at this level following a defeat away at Chester.

The visitors needed to beat Chester and hope that both Harrogate and Sheffield Tigers lost their matches if they were to avoid an immediate return to National Three.

And the Greens were certainly doing their upmost to beat the drop as they led this encounter 8-7 at the break thanks to a Colin Chapman score and a penalty from Jack Badley.

Alex Reed went over for Chester in the first period and the hosts went in front just two minutes after the restart as Freeman Payne dotted down.

The home side extend their advantage just before the hour as Pete Rees went over in the corner and despite Scunthorpe’s valiant efforts to fightback; Chester put the final nail in their coffin as Sean Green crossed late on to seal the Lincolnshire side’s fate.

Sale FC recorded a seven-try win against Otley to guarantee that the National Two play-off will be played at Heywood Road this coming Saturday.

Tries from Rhys Davies and Matt Bradley, plus three points from the boot of Liam McGovern, put the visitors ahead at the break.

Sale pulled further clear after half-time through Paolo Odogwu and Scott Briggs before Otley claimed their second try of the afternoon to reduce the deficit to 11 points.

However, tries from Scott Rawlings, Jack Moorhouse and Chris Johnson saw Sale home who will now be preparing for the biggest game in their history when they face Old Elthamians for a place in National One in four days’ time.

Sedgley Park beat newly crowned champions Caldy for the second time this season in an enthralling match at Paton Field.

The home side lost to Sedge on the opening day of the season and came into this final game of the campaign on a 28-match unbeaten run, but the Manchester-based club proved to be Caldy’s kryptonite once again.

Sedge led through two Ben Black tries as well as a score from Andy Riley while the league’s leading try scorer, Nick Royle, responded for Caldy.

Simon Verbickas’ men reduced the deficit to 21-12 going into half-time when Rhys Hayes darted over.

After the restart, Caldy looked a different side and despite the bizarre scenes of a wild goose briefly stopping play during the second period, the hosts edged themselves in front thanks to scores from Jack Beevers, Jack Collister and Royle.

However,  their lead was to be short lived as Sedge went back ahead and even though Stu Cross went over for Caldy to reduce the arrears to just a point, Dean Schofield’s men held out for the win.

Leicester Lions secured third place in National Two North for the second consecutive year after an exhilarating encounter against Tynedale at Corbridge.

The visitors scored six tries for a bonus point win as they completed the campaign in the bronze medal spot as they rounded off Andy Key’s time at the club in style.

Marco Dallavalle, Benjamin Marfo and Kris McFedries crossed for the away side as they carried a slender 18-15 advantage into the break.

Devon Constant stretched the Lions’ lead and the Midlands side were in a strong position when Tynedale were reduced to 14-men.

However, even though they had a player in the sin-bin, Tyne scored a converted try to go 25-20 in front.

The pendulum swung back in Leicester’s favour when Sam Benjamin crossed to give them a two point lead and despite Tyne adding a penalty to go ahead once again, Drew Rudkin dotted down late on to snatch the win for the Lions.

A Dale Ager try edged South 19-12 ahead after Stourbridge’s Nick Murphy was yellow-carded.

Ryan Olowofela scored twice in the first period for the hosts while James Otutaha and Dan Rundle both crossed for Stour.

South extended their lead after the break as Will Ward went over before the impressive Olowofela sealed his hat-trick to put the home side 31-12 in front.

The visitors then found themselves 10 points behind when Joe Heatley crossed, but scores from Chris Gibbs and Wes Cope sealed South’s win.

Wharfedale celebrated their first away win of the season as they secured a five-try victory against Preston Grasshoppers.

The Yorkshire outfit, who had lost all 14 of their matches on the road prior to their visit to Lightfoot Green, trailed 20-17 at the interval.

The match seemed to be swinging the way of the home side when Oga Mabaya and Allen scored to give Preston a 17-point lead in the second period.

However, tries from Adam Howard, Scott Jordan and James Tincknell put Dale ahead for the first time in this match and a Bennett penalty late on clinched Wharfedale’s first win on their travels.