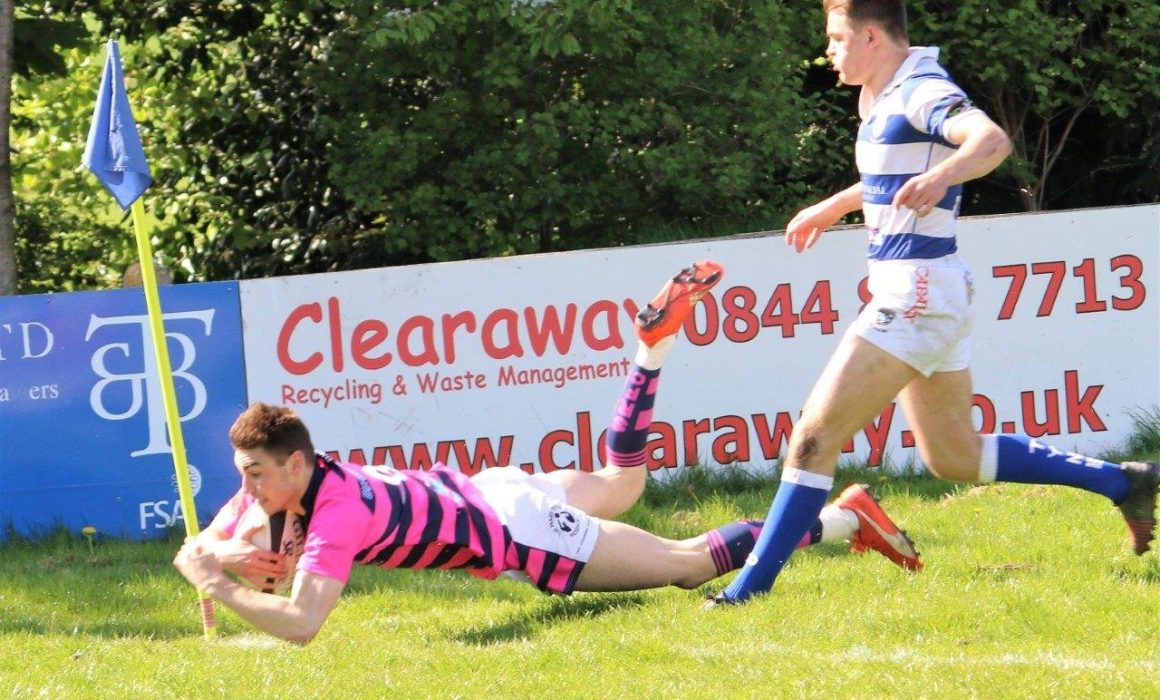 Stourbridge and Tynedale will be hoping to take their opportunities this weekend as they aim to extend their winning streaks to six matches.

Both sides produced a perfect September, with Stour securing maximum points for the month, and they will be hoping that they can carry their form into October.

In the shadows of the top two are the likes of Hinckley and Sale FC who face one another in arguably the game of the weekend, while Sedgley Park will be aiming for a response when they host Macclesfield.

If it was a reaction Neil Mitchell was after, he has certainly got one. Stourbridge limped to the finish line at the end of last season, but this term, they are completely revitalised. The Midlands side were superb in September as they clinched five straight wins and maximum points to become the early league leaders and they will be aiming to continue their relentless form when they travel to Blaydon tomorrow.

Many may have thought Bladyon would be alongside Stourbridge in the table after the first month of the campaign, but Ally Hogg’s men have struggled since relegation from National One. The Crows certainly possess the talent, but they welcome Stour to the northeast having won just one match so far this term. That sole victory came in their last home game against Otley and Blaydon will be hoping they can repeat that result tomorrow and start October on a high.

Tynedale take the trip to Sheffield Tigers in Round Six aiming to keep up their wonderful start to the season. Newcastle Falcon Scott Lawson has had double delight so far with his current employers and his National Two North side performing so well and he will be hoping that continues as the campaign progresses.

Tyne produced an excellent display to see off a strong Sedgley Park side last weekend to make it five wins from five and they will be favourites to add to that in Yorkshire this weekend. Sheffield Tigers will be licking their wounds once again as they shipped 56 points last week away at Hinckley, but the last time they were heavily beaten (away at Sale FC in Round Three) they bounced back with a home victory and they will be keen for a similar outcome this Saturday.

The aforementioned Hinckley travel to Sale FC this weekend as third take on fourth. The visitors head to Manchester on the back of a comfortable win over Sheffield Tigers after an inspired performance from captain Alex Salt. In fact, the Midlands side have lost just once all season and that came in their last away fixture against Sedgley Park.

Many followers of the league know that Park Lane is a tough place to go and get a result and the same can be said about Heywood Road. Sale host Hinckley this weekend hoping for a reaction after a frustrating draw with South Leicester in Round Five. Leading 17-0 at half-time, Sale saw their fourth win of the campaign fade away as South battled back so they will be itching to put things right tomorrow.

South Leicester coach Richie Williams tweeted high praise for Rickie Aley after his side’s draw with Sale FC in Round Five as the fly-halves boot guided his side to a share of the points at Welford Road. Aley seems to have been instrumental for South so far this term and he and the rest of the team will be aiming to maintain their positive start to the campaign when they welcome Sheffield to the Midlands tomorrow.

South continue to build on their seventh place finish of last year and will provide a tough test for the Yorkshire visitors. Newly promoted Sheffield are now the only side in the division without a win following their defeat to Wharfedale last weekend, but once again, they lost by a respectable margin. Sheffield seem to be close to clinching their maiden win of the campaign and they will be hoping the first weekend of October provides them with a victory.

Two years ago, Sedgley Park and Macclesfield finished second and first in National Two North after very solid campaigns, but fast-forward to 2017 and both meet again in this division. The hosts Sedgley Park had a mixed September winning three of their five matches which certainly isn’t a bad return, but Matt Bebbington and his side will be hoping for more consistency if they are to keep pace with the early front runners.

As for Macc, their return to National Two North hasn’t been as straightforward as people may have thought. The Blues sit ninth in the division having suffered three defeats thus far and considering they lost on just four occasions in their title winning year of 2015/16, it does highlight that there is more to come from Giles Heagerty’s men. At the start of the season, this may have been seen as a clash of the promotion candidates, but both are now desperate to get the second month of the season off to a good start.

Ryan Watkins will have reviewed September and surely would have been happy with the way things went. After struggling last year, Luctonians have begun this campaign strongly and seventh position in the table reflects that. They have won three of their five matches so far, but one thing Watkins will be keen to improve on is their away form, starting with this weekend when they travel to Huddersfield.

The Lucts have lost two of their last three away fixtures and head to Lockwood Park to take on a Huddersfield side that has won 14 of their last 15 matches on their own patch. The newly promoted side currently sit 13th in the table with their only victory of the season coming in their last home fixture against Macclesfield. A draw with Otley in Round Five followed that result against the Cheshire side and Gareth Lewis’ men will now be aiming to stretch their unbeaten run to three matches this weekend.

It was a battle last weekend, but Otley managed to salvage a draw against Huddersfield to round off a pretty solid month for the men from Cross Green. Two wins and a draw from September leaves Peter Clegg’s side in mid-table, but just one defeat in four suggests that Otley can push themselves into the top half if they continue in the same manner.

To do that, they will have to get past Leicester Lions this Saturday and the home side will be in an upbeat mood. The Lions finally got off the mark last weekend as they beat Macclesfield at Priory Park and now Jack Heald and his side will be keen to build on that result after such a tough start to the campaign. The Lions welcome Otley to Westleigh Park having lost just five of their last 30 home league matches.

Chester felt the full force of league leaders Stourbridge in Round Five and they will be hoping to return to winning ways when they host Wharfedale this Saturday. The Cheshire outfit currently occupy 10th place in the division following two wins from their first five matches with both of those aforementioned victories coming at Hare Lane.

Considering Wharfedale have won just two of their last 18 away matches suggests that the odds are firmly stacked against them this weekend, but James Doherty’s men will be the first to argue that point. Dale opened their account for this season with a win at Sheffield last week so will travel to the northwest confident of clinching back to back away victories as they aim to move away from trouble, even at this early stage of the season.