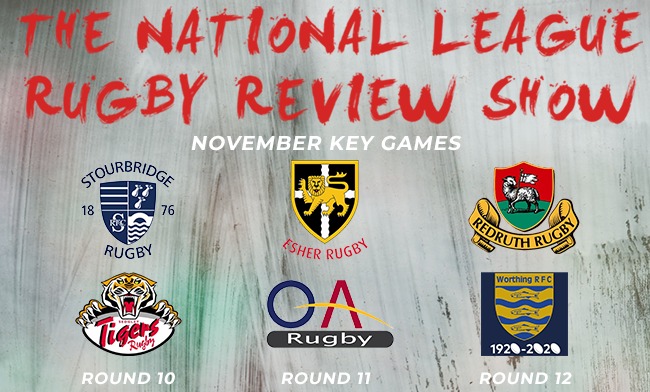 We are delighted to announce our three key games which will be shown across November on The National League Rugby Review Show.

Over the course of this month, we will be visiting some of the high-flyers in the fourth tier, beginning with National Two North league leaders Sedgley Park when they travel to an in-form Stourbridge on November 13th.

Then we had to Moseley Road to see Esher take on Old Albanian in National Two South before table toppers Worthing Raiders feature in our final key fixture of the month against fellow title candidates Redruth.

With this coming Saturday being the first reserve weekend of the season, The National League Rugby Review Show will be free to watch and will include extended highlights from the six games taking place.

Subscribe now to The National League Rugby Review Show for just £15 for the rest of the campaign.