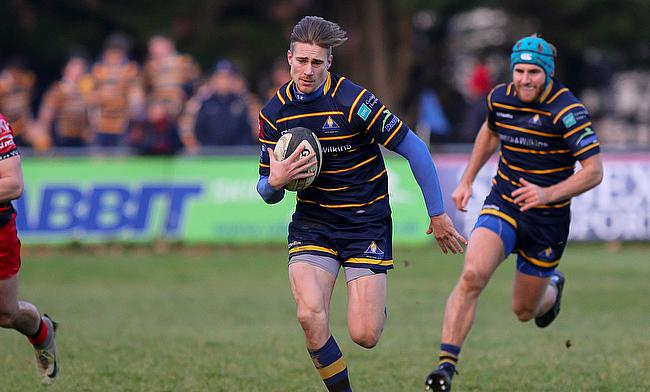 Chinnor edged past fellow promotion candidates Taunton Titans to stretch their unbeaten record to 13 matches this season as they remain on top of National Two South.

Matt Williams’ side are now a point clear at the summit as second placed Cinderford secured a bonus-point win against Redruth.

Elsewhere in the top half of the division, Redingensians returned to winning ways as they beat Bury St Edmunds, Canterbury held their nerve to claim victory over London Irish Wild Geese and Henley Hawks came from behind to triumph over Clifton.

Down at the bottom, Wimbledon were thrashed by Tonbridge Juddians and an inspired performance from Jack Maslen helped Worthing Raiders to victory over Old Redcliffians while Barnstaple beat the 14-men of Broadstreet in the Midlands.

Chinnor maintained their unbeaten record in National Two South as an excellent defensive display earned them victory over Taunton Titans at Kingsey Park.

Matt Williams’ side have not lost this term, but this was a vital victory against one of their possible promotion rivals.

A try from Phil Chesters followed by a Jonny Bentley penalty gave Chinnor an 8-0 lead at the break.

Jamel Hamilton added to Chinnor’s total at the beginning of the second-half, but Taunton set-up a tense finale when Kenny James crossed.

However, Chinnor were able to stay strong and clinch the win which now leaves them nine points clear of third place Taunton.

Cinderford are now just a point behind league leaders Chinnor as they ran in seven tries to thrash Redruth at Dockham Road.

Jack O’Connell scored tries in both halves and Reuben Norville grabbed a brace as Cinderford recorded their sixth consecutive victory.

Redingensians beat Bury St Edmunds for their seventh win in eight National Two South matches to tighten their grip on fourth place in the table.

The Rams broke the deadlock through a Connor Corrigan try before a Greg Illingworh score gave them a 12-5 lead at the break, with Will Affleck replying for the visitors.

Tries from Andy Amor and Illingworth extended Redingensians’ lead with still over 30 minutes to play and despite Dwayne Corcoran and Will Scholes going over for Bury, the Rams saw out the game.

Canterbury battled to their ninth win of the campaign as they narrowly beat London Irish Wild Geese in Sunbury-On-Thames.

Canterbury led at half-time thanks to Dan Smart and Jim Green scores while Archie Mackay and Tom Barker went over for Wild Geese.

Brad Clements’ converted try and an Alex Seers penalty put Wild Geese ahead before a penalty try and a score from Seb Clark clinched victory for the visitors.

Henley Hawks came from behind as they claimed their fifth home win of the season thanks to a bonus-point victory over Clifton.

Joe Morris, Brad Cook and Sam Portland got Henley’s second half tries after the hosts had trailed by seven points at the break.

Chris Levesley and Charles Hubert crossed in the first period for the visitors while Danny Wells landed two penalties, but that was as good as it got for Clifton.

Cook added to his first half score after Morris cut Clifton’s lead to two points and Portland’s try late on sealed the win for Pete Davies’ men.

After Maslen’s first try was cancelled out by two Ashley Grove penalties and an Ethan Doyle score, Worthing went in front as Maslen grabbed his second before Matt McLean scampered over.

The lead would change hands a couple more times before the break as Maslen’s hat-trick wiped out Craig Owen’s effort.

A try from Jack Forrest ultimately secured the victory for the Raiders, but the visitors did grab two bonus points with a late converted try.

Wimbledon slipped to their 13th straight defeat of the season as they were beaten comprehensively by Tonbridge Juddians at the Slade.

Watson completed his hat-trick after the break while Tom Nicoll and Finlay Coxon-Smith completed the rout for Tonbridge.

Kane Alboni’s effort plus two second half scores is all Wimbledon could muster up and the division’s bottom club now sit 21 points from safety.

Barnstaple produced a gritty display to beat 14-man Broadstreet to claim only their second win away from Pottington Road this season.

Barum have won just three of their last 22 matches on the road and they were 15-7 behind at the break in this contest as Broadstreet ran in two first half scores.

A penalty try before the interval gave Barnstaple a foothold in the game and their chances of coming back into this encounter were strengthened when Street had their blindside flanker sent off.

Steve Perry’s side took full advantage and a flurry of tries, including one from Luke Berry, helped them to victory.