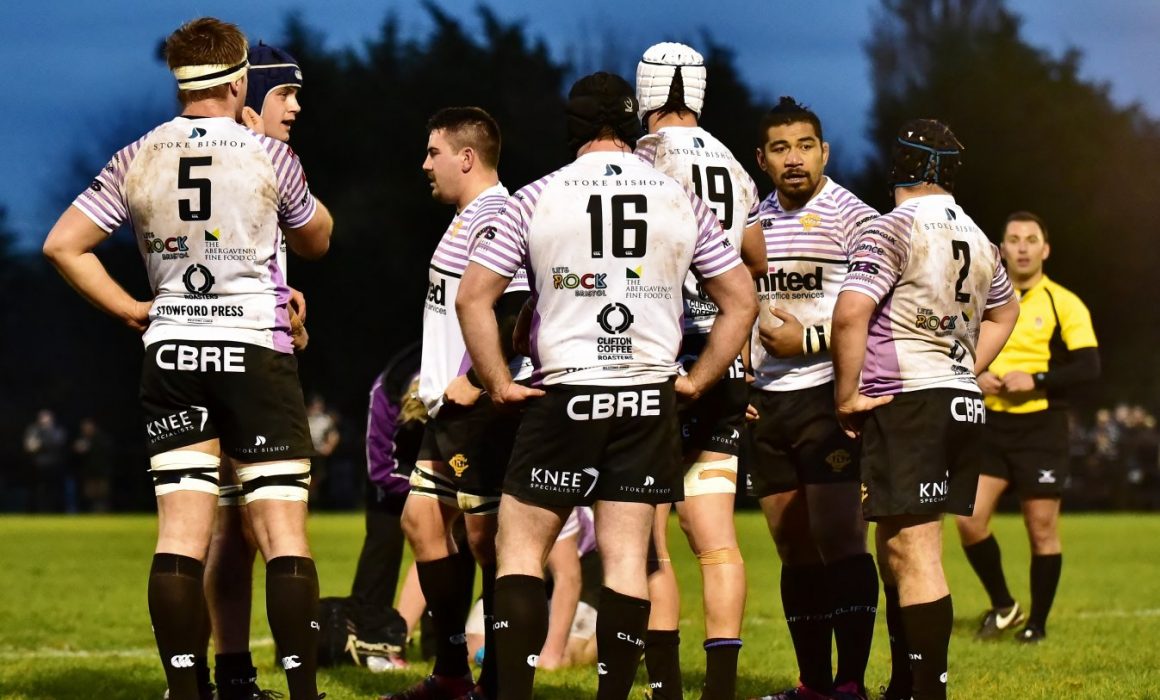 Clifton recorded their first win in six National Two South matches as they edged past Broadstreet to clinch a vital victory in their battle to beat the drop.

The Lavender and Blacks are now nine points clear of the relegation places after triumphing over one of their rivals. Added to this, Clifton were the only side in the bottom six to seal a win.

At the top of the division, Cinderford secured their 12th consecutive victory as they saw off London Irish Wild Geese while Chinnor bounced back with an excellent victory at in-form Redingensians.

Cinderford secured their twelfth victory in a row to stay on top of National Two South after overcoming London Irish Wild Geese.

Tries from Ed Bouge, Aaron Ryan and George Porter put the Foresters 19-5 up at the break, with Wild Geese responding through a George Owen try.

A penalty try for the visitors then extended their lead to 21 points, but soon after, Owen replied again for Wild Geese.

However, Matt Lane’s effort completed the visitors’ bonus-point win before Sam Cunningham crossed for a consolation score late on.

Chinnor bounced back from their defeat in Round 17 to record an impressive victory over Redingensians in an enthralling game at Old Bath Road.

Well played @Rams_RFC . As you say good advert for Nat 2 Rugby. Best of luck for the rest of the season.https://t.co/x24q4JlEzA

Phil Chesters crossed for the home side only after a penalty from Tom Humberstone, as the visitors led 21-8 at the break.

Connor Stapley’s try cut Chinnor’s lead to six points but Willie Ryan and Jonny Bentley dotted down in quick succession to give the away side a 31-15 lead with 15 minutes left.

But this Redingensians’ side hasn’t been in scintillating form for no reason and the hosts fought back as Matt Weller and Jak Rossiter set-up a grandstand finish, but Chinnor held on to move 12 points clear of the Rams who remain in third spot.

Ollie Rice scored an astonishing six tries as Taunton Titans secured their third win in a row after this rout of Wimbledon.

Jack Claydon opened Taunton’s account for the afternoon before Rice’s scored a hat-trick of tries to help his side lead 26-15 at the break.

The Dons, who sit bottom of the division, were very much in this contest at half-time, but they crumbled in the second period.

Rice added another trio of tries while Claydon, Ratu Vakalutukali and Nick Mason went over to complete this convincing win for Tony Yapp’s side.

Worthing Raiders grabbed a narrow win over Redruth in a thrilling contest at Roundstone Lane.

The Reds were 21-19 up at the break after a frantic first half. AJ Cant, Brad Howe and Shaun Buzza all crossed, while Elliot Luke, Sam Hampson and Matt Walsh went over for the hosts.

Worthing had led 19-7 during the first period and they were back in front just after the restart as Matt McLean nudged over a penalty.

A try from Pale Nonu and a penalty via Richie Kevern put Redruth ahead, but the lead changed hands once again as David McIIwaine and McLean dotted down for Worthing.

Both sides then exchanged scores as Mark Grubb’s try was cancelled out by Luke’s second, but the pendulum swung back in Redruth’s favour when Kevern’s try gave them a four point lead.

However, this pulsating game ended with Worthing claiming the spoils as Liam Perkins crossed with minutes remaining.

Mark Kohler went over to keep the hosts in front before Dwayne Corcoran extended their lead after Parks’ second penalty.

Lord grabbed his second score following the restart, but three tries for Barnstaple gave them hope of a comeback.

However, Corcoran secured his brace to seal the win for Ollie Smith’s side.

Aiden Moss scored a hat-trick as Canterbury secured a bonus-point win over Old Redcliffians to end a four-match losing streak.

Moss, along with Tom Rogers and Alex Miller, went over to give the hosts a 22-12 half-time advantage after a double from Ezra Caven had given Old Reds an early lead.

Barney Howard and Moss added further tries after the break, but with the City Men in control, the visitors battled their way back into the contest as Ethan Doyle and Ben Fry touched down.

But any nerves around the Marine Travel Ground were settled when JJ Murray went over and Moss completed his trio to clinch the win.

Tonbridge Juddians continued their impressive recent form as they picked up their fourth successive victory following their win away at Henley Hawks.

Before the game, there was a perfectly observed minute’s silence and a minute’s applause in memory of Simon Priestley who collapsed during a game for Hawks’ 4th XV at the beginning of the month.

In this match, Fin Coxon-Smith and Rory McHugh both touched down after George Jackson’s penalty to put TJs 12-3 up at the break.

The Hawks began the scoring for the second period as George Primett powered over and Matt Tibbatts’ try put the home side in front on 52 minutes.

Nathan Holmes then landed a penalty just after the hour to tie the game up, but with time running out, Reece Conlon crashed over to snatch the points for TJs.

Clifton survived a tense encounter as they clinched a vital victory against fellow strugglers Broadstreet in Gloucestershire.

The hosts had led when Max Woodward opened the scoring, but Broadstreet struck back through Lewis Snowden.

Nyle Beckett gave the visitors the lead before half-time but Will Roberts put Clifton back in front after the break.

Brad Barnes, on his 100th appearance for the Lavender and Blacks, ran over to extend Clifton’s lead to nine points, but Street battled back as Andrew Murray and Callum Macburnie scored in quick succession to give the Midlands side the lead.

However, Clifton were desperate to secure just their second win since October as Alfie Tooala and Woodward secured the much needed victory which moves Darren Lloyd’s men nine points clear of the relegation zone.