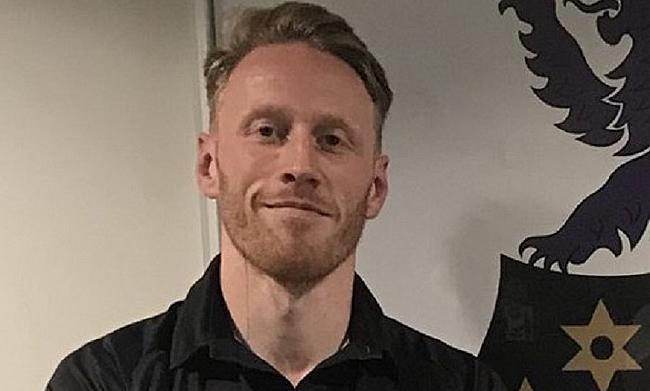 As I’m sure is the case for many others, this period of lockdown has presented an opportunity for me to reflect, not only on my first season as a National League head coach but also on my rugby career as a whole.

The unusually long ‘off-season’ period has also afforded me the time to write about it, so when invited to do so by the guys at ncarugby.com, I decided to get out of my comfort zone and do so. Hopefully my journey into coaching, and my experiences along the way will be of some interest!

I grew up in Rugby, Warwickshire and attended some very sport orientated schools, but without doubt the biggest influence on me was my parents.

Both my parents were PE teachers, with considerable sporting prowess themselves, across a number of sports. My early recollection of childhood was being ‘dragged’ to every sports club going – rugby, football, cricket, athletics, gymnastics, swimming – if it was available then I went! Sport, and the opportunities it can give you, was my parents’ passion, so it wasn’t long before it became mine too.

Although football came pretty close, it was always rugby that was my biggest passion. I think it had something to do with early memories of going to watch Wales at the Arms Park with my Dad, who was a passionate Welshman. I was bought up on tales of Barry John and the great Wales teams of the 70’s, so a deep-rooted identity was instilled in me. My dream was to play for Wales.

That first came true at the age of 16 – just in a different sport! Along with rugby, I was lucky enough to also be playing hockey internationally and football for Northampton Town.  When I had to make a decision between the sports at the age of 17, there was only ever one winner. At this point, I joined the Leicester Tigers youth team as it was in those days.

I felt everything was coming together. I was going to be a professional rugby player. I had always been very comfortable within representative rugby and very naively, I thought I was one of the best players around, and ‘making it’ was a given. However, when I got to Leicester I quickly realised the professional game was a very different environment.

I was surrounded by fantastic players, many of whom went on to be household names. I was also exposed to some great coaches – Dusty Hare, Andy Key, Phil Larder, Ian ‘Dosser’ Smith to name just a few. My experiences without doubt helped shape me as both a player, but probably more so as a coach. I have definitely taken elements of how these guys operated to form my approach to coaching.

However, the environment at Tigers was unforgiving. For the first time in my life, I wasn’t the best player and I also became aware of my (lack of) physical stature. There was a shift from the need to be talented to the need to be big. As an 11 stone outside-half, who had spent his childhood perfecting the sidestepping capabilities of Phil Bennett, this was something I struggled with. I definitely ‘fell out of love’ with the game at this point, especially when confronted by some Tuilagi brothers!

I would be the first to admit, looking back, that I didn’t make the most of my opportunity at Tigers. I shyed away from the challenge and focused more on the social life of an 18 year old, but I also feel I was let down by an organisation that, in my experience, failed to support a talented young player. This was something that stayed with me and has definitely shaped my coaching – with both youth or senior sides.

The inevitable happened just before my 19th birthday, and I was released by Leicester. Although I think I knew it was coming, it was a blow. A big blow. I had my life mapped out – become a professional rugby player, play for Wales (or if not, England, if I have to) and now that was over, as far as I could see.

Nobody spoke to me, nobody helped me, no support was given at all. I was sent a letter saying that ‘my services were no longer required’. I can vividly remember reading that letter, and how it felt.

On reflection, this was perhaps the biggest moment that has shaped me as a coach. I think it can be easily forgotten that coaching is a relationship. My coaching philosophy is about building a culture and building good relationships. It’s not always easy to communicate with players, but effective communication is what’s needed. Not every player can be picked, not every player can get a contract but what we can do as coaches is give every opportunity and every supporting tool we can, both physically and mentally.

Congratulations to George Martin who swaps his Lions shirt from last season for a debut Tigers one this Saturday. Good luck George!

I must say that in my role at Leicester Lions, we have a great relationship with Leicester Tigers and their pathways and provision for players is second to none. Geordan [Murphy] deals with people, including myself, in the ‘right way’ and I would like to think that as a ‘feeder’ club, we help in providing a good experience for their development players that we have on loan. I also want Leicester Lions to provide the opportunity and support for those who don’t make the cut and give them a ‘second chance’.

Now more than ever, the rewards of professional sport are so great, therefore the disappointment of falling short is perhaps even worse. It’s really important that our Premiership clubs have effective practises to support our young players but I also feel the National League can provide a very fulfilling rugby career. I only hope the RFU see that too and help support the game at levels 2-4.

Thankfully, I had parents who had ensured I kept up with my studies and I had been offered a place at Loughborough University. Also my local club, Rugby Lions, were only one league lower than the Premiership in those days so with the support of my family I went off to University, and back to Rugby Lions, where I was able to fall back in love with the game and start a new ‘career’ in the National Leagues. My next articles will discuss some of those playing experiences, and specifically, my journey in to coaching.