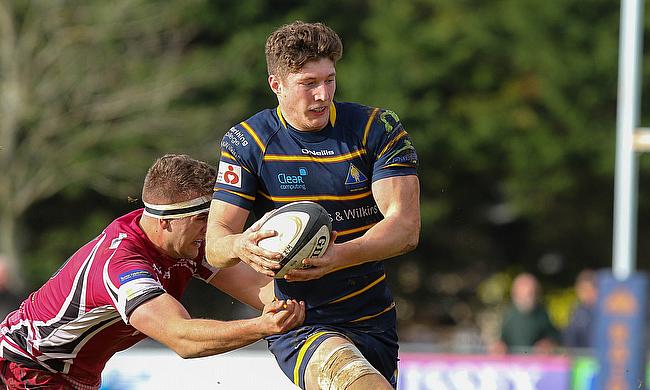 Many players that we have spoken to recently know just how beneficial the National Leagues can be in helping them develop and learn the game.

The top three divisions below the Championship continue to offer chances to players of all ages and skill levels.

Whether that be opportunities for players to get fit, play alongside friends or act as a stepping stone before moving on to a higher level, the National Leagues are a great platform.

And one player who is more than aware of the impact the National Leagues can have on a career is Harlequins’ Dino Lamb.

Lamb, who is also an England U20 international, suffered two major injury setbacks last season, but believes if it wasn’t for the National Leagues, he may not be playing for a Premiership club. 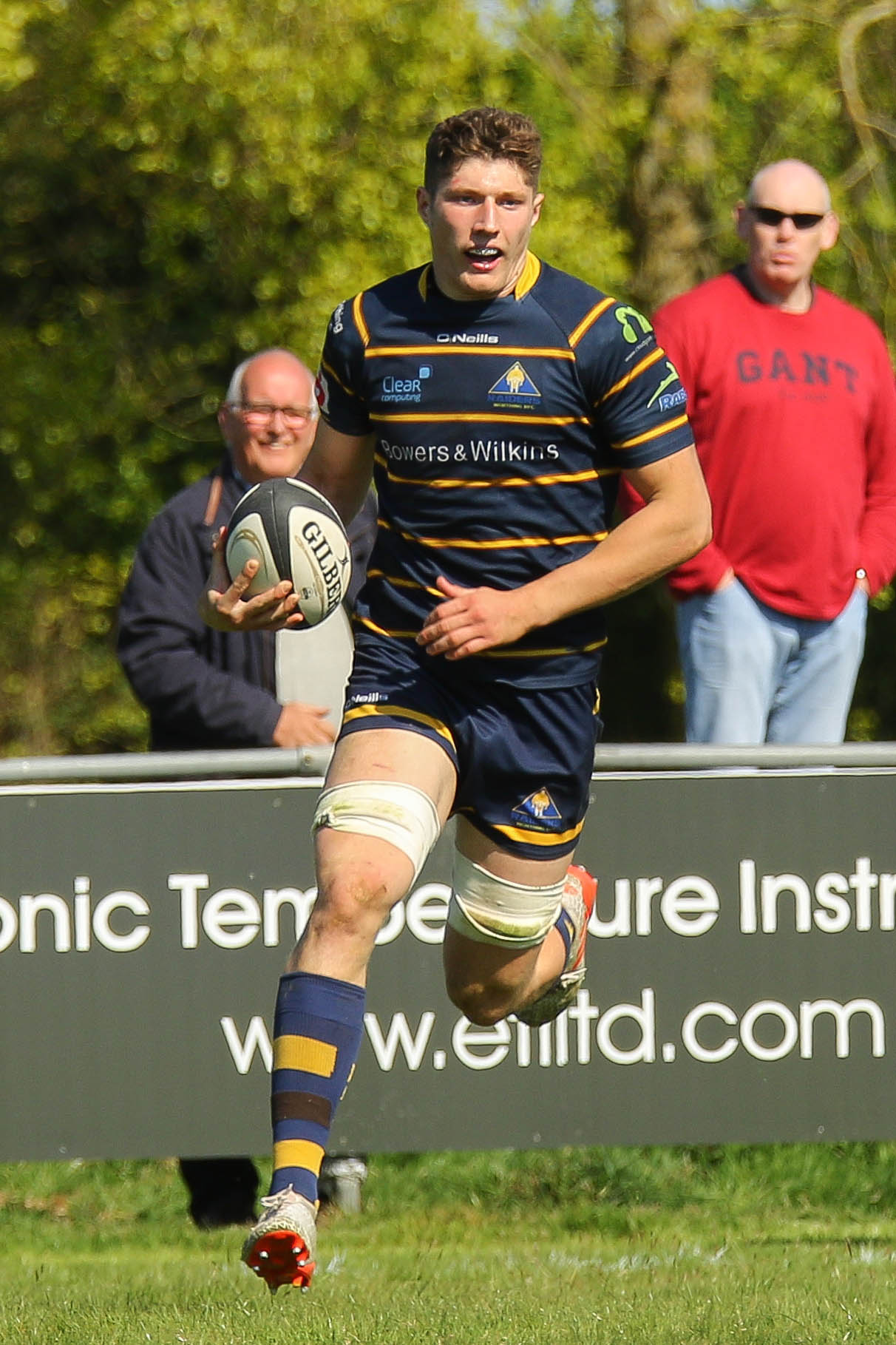 “At the start of last season, I returned from an U18s England tour and I got injured in the week that I came back and that was my first training session,” said Lamb, who played for Worthing Raiders in National Two South last term.

“It was an injury to a ligament in my foot and then I found out I had to have surgery on it so that was a bit of a shock to the system.

“I was then out for six months.  I was on crutches, but as soon as I came off them, I picked up another injury in my third upper body session. I had surgery again and I was out for another two months.

“After the injuries which I had, the goal was to go back to Worthing and get some game time and play 80 minutes so I would be ready to play when returning to Quins.”

“For any young player, to play in the National Leagues is great because you are learning the game week in, week out. For me, it was great to play for Worthing and if I didn’t have that opportunity to play last season, I may not still be at Quins.”

Lamb, who started his affiliation with the Raiders from the age of eight, impressed in his short spell back at Roundstone Lane in the last campaign and his form earned him a call-up to England’s U20 World Championship squad in Georgia.

Congratulations to Dino Lamb and the rest of the @EnglandRugby U20s for battling through to the @WorldRugby U20 Championship Final ?? pic.twitter.com/Z963Xwwctz

“After such a long time out, I got six or seven games under my belt with Worthing,” he said. “I felt I was building a little bit of form and getting into the swing of things again.

“I was then given the chance with England at U20s level. That was an ‘oh my god’ moment because at the start of the season, that was a goal but I thought it had been taken away by my injuries.

“To go all the way to the final and to start in the majority of games meant a lot to me. The Six Nations this year was positive, but not to win it was tough to take, but we can build on our performances and take that to the World Championships in France this summer.”

Another ‘oh my god’ moment as Lamb puts it occurred last September as the 19 year-old made his Aviva Premiership debut for Quins against Northampton Saints.

Lamb, who signed a pro-contract with Quins in 2016, added: “With Quins, my chance came around due to the injuries we had and I only found out that I would be part of the first team in the last run before our game with Northampton.

“It was a mixture of emotions! It was a shame that I couldn’t get my parents up there to watch it because it was a late call, but the experience was unbelievable.

“I have been able to play in a few more games since then and I’m loving my time here so far.”

The back-rower has made nine more appearances for Quins since September including four in the Premiership and one in Europe against Ulster at the end of last year.

Lamb is keen to continue his progress at the Stoop as well as targeting success on the international stage with England U20s in June. 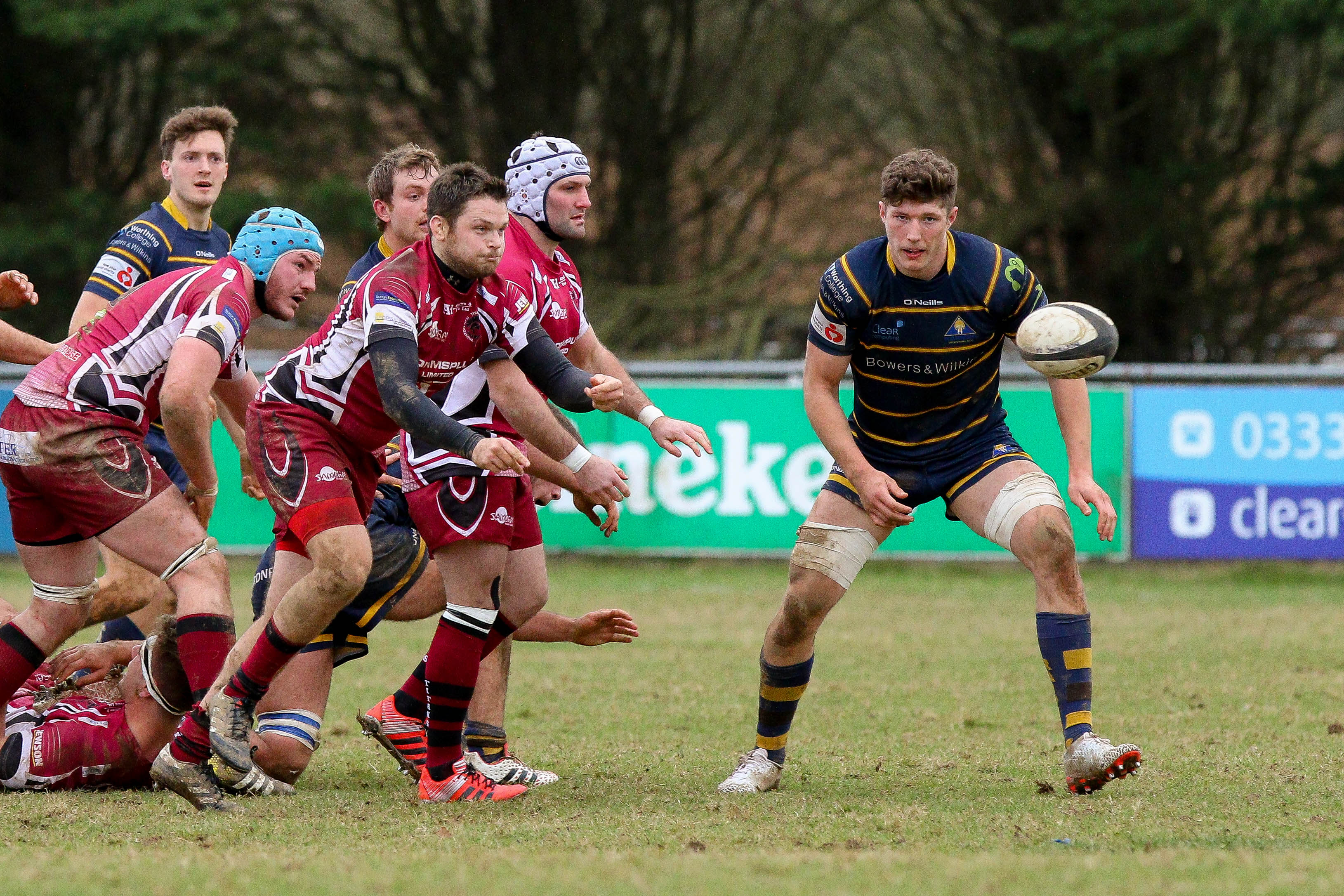 A year on from playing with Worthing, Lamb is now targeting the next step in his career. Photo Credit: Jez King

He said: “Ever since I got picked up by Quins when I was 14, the support has been amazing. I can’t really believe who I am surrounded by half of the time!

“Adam Jones has just had a little peek through the door! I watched him as a kid when he was on tour with the Lions! I am surrounded by great people who you can feed off and learn from.

“Now, I am aiming for the win at the Junior World Cup having come second last year and that is a real focus. After that, I have got another season to crack on and improve at Quins and really develop my game and hopefully get some more game time under my belt and see where it takes me.”