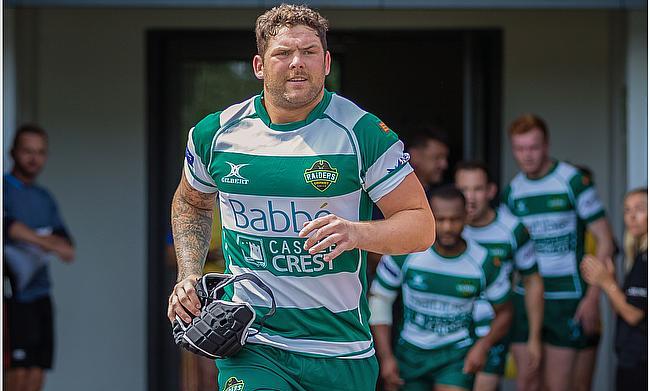 Guernsey secured their first ever win in National Two South as they beat Barnes to end September on a high.

The newly-promoted Raiders have had a tough beginning to life at this level, but a narrow victory over Barnes was exactly the tonic Jordan Reynolds’ side were after.

At the top of the division, Rams RFC are leading the way once again after an excellent victory over Bury St Edmunds while Taunton Titans have dropped down to second after squeezing past Canterbury.

Elsewhere, Tonbridge Juddians picked up a superb win at home against Old Albanian while Redruth, Worthing Raiders and Dings Crusaders racked up 50 points or more in their respective fixtures.

Rams RFC have moved back to the summit of National Two South after a thumping win over Bury St Edmunds.

What a awesome game @Rams_RFC vs @BSERugby ?❗️Have a safe journey home Bury St Edmunds and good luck for your next game.?

Alex Stanley had crossed twice for Bury, but the visitors were outclassed in the second period as Jak Rossiter grabbed a brace while the Rams also saw Andrew Denham scoot over as well as being awarded a penalty try.

Bury could only muster up a Mark Kohler try after half-time, but this was the perfect reaction from Rams RFC after defeat against Old Albanian in Round Four.

Taunton Titans won for the fourth time in five National Two South matches this season as they narrowly beat Canterbury at the Commsplus Stadium.

The home side were 7-6 down at the break as Gary Kingdom’s penalties were cancelled out by Jonathan Murray’s try just before half-time.

However, scores from James Fleming and Jarrard Hayler put Taunton in front heading into the final quarter of the contest.

Oli Best and Dan Smart both crossed in the final five minutes to make it 23-22, but the conversions were missed as Taunton survived a late scare.

Redruth are up to third in National Two South after a high-scoring victory against a spirited Clifton at the Rec.

They failed to reach the same level of ruthlessness after the break as Clifton fought back, but scores via Connor Gilbert and Sam Stevens saw Redruth over the line.

Clifton did come away from Cornwall with a try-bonus point as Mitchell Spencer, Chris Rovey and David Hill went over in the opening half while Alex Giltrow, Bentley Halpin and Alex Lambert dotted down in the second period.

Tonbridge Juddians ended the opening month of the season with an excellent win over Old Albanian in Kent.

Following back to back victories over London Irish Wild Geese and Henley Hawks, TJs made it a hat-trick of triumphs against an OAs side who had beaten league leaders Rams RFC in Round Four.

The hosts produced a strong second half display to seal the win with Charles Edwards, Will Colderick and Thomas Chapman all going over, while Will Robinson kicked 12 points.

Adam West, Lloyd Anderson and Charlie Hughes all crossed the whitewash for OAs, but it was not enough to claim the spoils at the Slade.

Jack Forrest and Jon Dawe both scored twice as Worthing Raiders secured a thrilling victory over Birmingham and Solihull.

Tries from Liam Perkins, Curtis Barnes and Matt McLean helped Worthing take a 22-11 lead into the second period, with a Corey Venus try and a penalty from Jack Jolly being the response from Birmingham.

Maxwell Rodman’s try just after half-time cut Worthing’s lead to six points, but Forrest’s double kept the hosts in control of this encounter.

However, the Bees did respond again and this time they took a shock lead with nine minutes to go as Umrann Jadwat, Dan Kelly and Luke Smith all went over to put the Midlands side 37-34 up.

But, there was to be another twist at Roundstone Lane as Dawe scored twice in six minutes to clinch the win for Worthing.

The hosts, who secured their first win of the season in Round Four, could not back up their maiden victory as they only managed tries from Henry Bird and Dominic Sprague.

After the break, touchdowns from Connor Morrison and Emery was enough for Henley to clinch a hard-fought win.

London Irish Wild Geese were thrashed by Dings Crusaders as they continue to search for their opening win of the campaign.

Thomas Anderson, Stean Williams, Harry Tovey and Matt Smith also crossed for Dings who responded emphatically after losing to Canterbury in Round Four.

Guernsey secured their first ever win in National Two South after a victory over fellow newly-promoted side Barnes.

Yes lads!!! It's a big WIN on the road for the Raiders in a tough and physical game with plenty of ups and downs, but they never gave up!
Try scorers: L. Hillier, L. Batiste, A. Gow and O. Clemett

The hosts scored twice inside the first eight minutes via centre Matt Cornish, but Lewis Hillier crossed for Guernsey before Layton Batiste went over to cut Barnes’ lead to two points going into the second period.

Tries from Owen Clement and Alex Gow put Guernsey ahead in the final quarter and despite Max Murray crossing late on, Guernsey held firm for an historic victory.