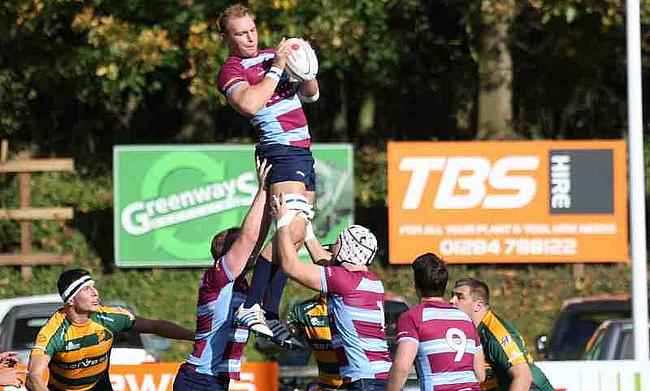 Old Redcliffians and Wimbledon both secured victories in Round 21 in National Two South to keep alive their hopes of avoiding an immediate relegation back to National Three.

Old Reds are now five points away from climbing out of the bottom three following an important victory over London Irish Wild Geese, while the Dons are 13 points adrift of safety after beating Clifton.

Elsewhere, Barnstaple were the only other side in the bottom half who won as the top five sides all secured victories.

Cinderford continued their march towards the National Two South title as they secured their fifteenth win in a row following victory over Worthing Raiders.

Despite numerous injuries, the home side led 14-0 at the break after tries from Dino Dallavalle and George Porter.

James Moffat converted both scores and landed a penalty at the beginning of the second-half, but Worthing got themselves on the board through a George Head score.

But, Cinderford kept Worthing had arm’s length as Matt Lane forced his way over and despite Jon Dawe crossing for the Raiders, the home side managed to seal a bonus-point when Dallavalle dotted down late on.

Chinnor edged a close encounter with Tonbridge Juddians at the Slade as they secured their tenth away win of the season.

Tonbridge Juddians took an early 5-0 lead courtesy of Tom Nicoll’s finish, but the second placed side hit back as Phil Chesters went over.

Thanks TJ for you hospitality today it was good to be with you all. Tight match and best of luck for the rest of the season. @ChinnorRugby

However, the hosts did find themselves ahead at the break via a Liam Prescott penalty and TJs extended their advantage through Ed Varney in the second half.

But, Matt Williams’ side were able to snatch the win as some individual brilliance from Greg Goodfellow saw him score under the posts.

Taunton Titans secured their fifth win from their last six matches as they earned a hard-fought victory against Bury St Edmunds.

After a converted try apiece from Jack Claydon and Will Scholes left the score at 7-7 at the break, a well-worked Jamie Fleming try helped Taunton lead.

Gary Kingdom nudged the Titans further ahead with a penalty before Fraser Honey’s kick kept Bury in touch with their hosts.

However, Chris Francis’ try saw Taunton extend their advantage and his effort was enough to seal victory for Tony Yapp’s side.

Broadstreet failed to build upon their victory over London Irish Wild Geese as a strong display from Redingensians secured the win in the Midlands.

The signs looked good for the Rams to clinch their first win in just under a month as they led 19-0 at the break, with Josh Collis getting on the scoresheet for the visitors.

The away side continued to exert their control on this game as they opened up a 36-0 advantage in the second period.

Broadstreet did rally late on to score on two occasions, but it was too little, too late for Paul Hurst’s men who are 13 points adrift of safety.

Redruth returned to winning ways in National Two South with a dominant bonus-point victory over Canterbury.

After suffering another tough day on the road last week, the Reds produced a strong home performance to maintain their excellent form at the Recreation Ground this season.

Just to clear it up, final score was 31-19 Yesterday. Huge W and 5 points at home. Great day. Great support from… https://t.co/JEkyqEiL6J

Canterbury had initially kept pace through tries from Jonathan Murray and Kyle Braithwaite, but they could only manage a score from Seb Clark in the second period.

Barnstaple responded from their defeat to Clifton by edging out Henley Hawks at Pottington Road.

Will Topps opened the scoring for Barum as the hosts led 7-0, which was an advantage they held until just before the hour.

Henley drew level through Joe Butler, but Steve Perry’s men clinched the win shortly after as Jordan Petherbridge landed a penalty to leave Barnstaple 11 points clear of the relegation places.

Wimbledon have once again given themselves hope of avoiding relegation in National Two South following a crucial win over Clifton.

The Dons held a seven point lead in this contest at half-time, but the game was level at 15-15 heading into the final 10 minutes.

However, the hosts manged to produce the defining moment as their third score of the afternoon clinched the victory which now leaves Wimbledon 13 points from safety with nine matches left to play whilst Clifton are just five points clear of the drop zone.

The Bristol outfit have won their last three home matches to give themselves a real chance of avoiding the drop whilst four games without a win for the Wild Geese has dragged them back into a relegation fight.

Old Reds led this encounter 12-7 at the break and held on to seal a six-point victory ahead of tough run of fixtures against Cinderford, Chinnor and Redingensians.