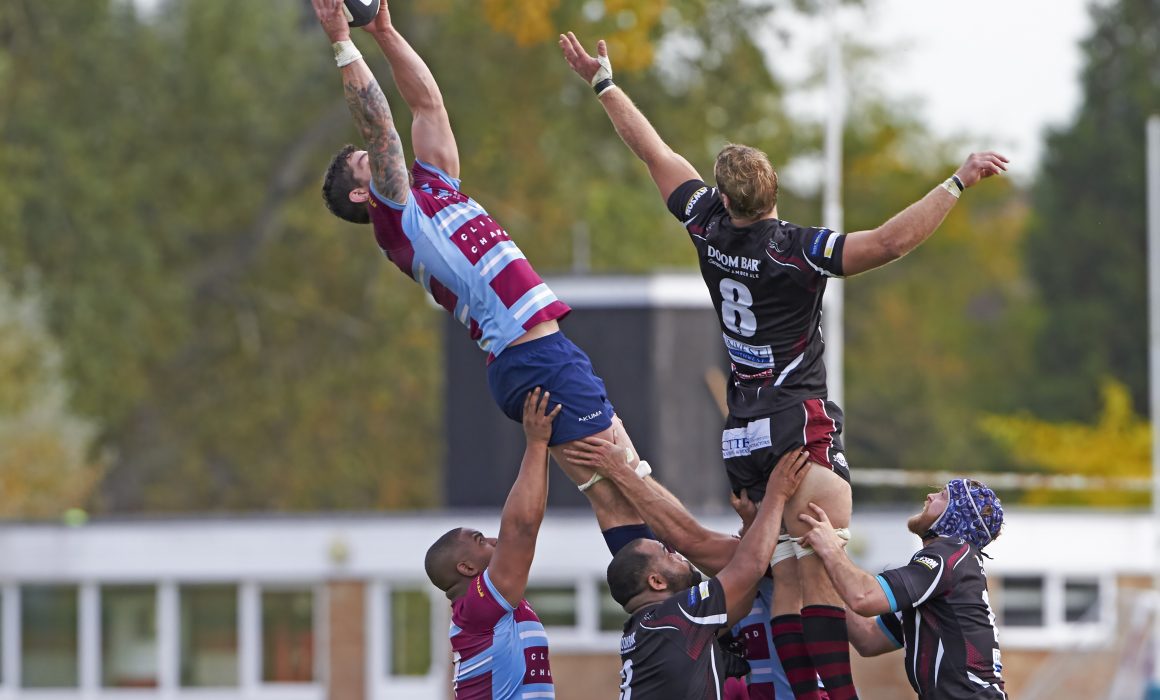 Old Redcliffians moved to within four points of safety in National Two South after a narrow win over bottom of the table Broadstreet.

Saul Nelson’s men have now won five of their last 10 matches which has given them a real chance of avoiding an immediate relegation. As for Street, they are now 16 points off 13th placed Barnstaple with a return to National Three looking inevitable.

Rivals Wimbledon lost to league leaders Cinderford and Barnstaple’s loss to Tonbridge Juddians has seen them move closer towards the trapdoor.

London Irish Wild Geese suffered a setback as they were humbled by Bury St Edmunds, but Clifton’s resurgence continued as they sealed a third successive win away at Worthing Raiders.

Elsewhere, Chinnor got the better of Redruth, Redingensians strengthened their top three credentials with a victory over Taunton Titans while Henley Hawks and Canterbury served up an entertaining draw.

The Foresters led 14-8 at the break thanks to scores from Liam Hemming and Matt Bennett, with Wimbleldon’s points coming via a James Doe penalty and an Andy Hore try.

Harry Hone crossed twice in the second period for the league leaders while Ed Bouge and Matt Lane also touched down to complete the rout.

The Oxfordshire side led 15-5 at half-time following tries from Orisi Nawaqaliva and Phil Chesters plus a penalty from Greg Goodfellow.

Both sides exchanged scores after the restart as Chesters grabbed his second before Dean Bonds added to Tom Norton’s first half effort, but Chinnor then took the game away from their visitors.

Nawaqaliva and Tom Price both dotted down to give Matt Williams’ side a 22-point lead, however, Redruth fought back to claim two bonus points.

Scores from Chris Fuca, Connor Gilbert and Norton again saw the Reds cut Chinnor’s lead to just one point, but the home side held out for the win.

Redingensians produced an excellent performance as they beat Taunton Titians to strengthen their grip on third place in National Two South.

The Titans are now six points behind the Rams in race for a top three finish and they could only manage two Andy Hamilton tries and a Gary Kingdom penalty.

After the break, touchdowns by Joe Booth and Conor Corrigan as well as a penalty try sealed an excellent win for the Rams.

Barnstaple are just four points clear of the drop in National Two South after they fell to an away defeat at Tonbridge Juddians.

TJs press for a fifth try but silly ending. Bs try to run it out – fair play and well played. FT 32-14

However, the game petered out in the second period and a penalty from Liam Prescott plus a try from Hugo Watson secured the win for the hosts who are now up to sixth in the table.

Henley Hawks and Canterbury had to settle for a share of the spoils as they played out a thrilling draw at Dry Leas.

Jack Robinson and Connor Hayhow both crossed to help Henley into a 17-15 half-time lead, with JJ Murray, Harry Sayers and Jake Rigby going over for Canterbury.

Sayers grabbed his second after the restart before both sides exchanged penalties.

Henley then took a 27-23 lead as Max Berry dotted down, but the City Men nudged themselves back in front as Jarvis Otto rumbled over.

However, there was one final twist as George Jackson landed his third penalty of the afternoon to rescue a draw for the Hawks.

Jake Ashby raced over the line for the opening try before Dave Coutts and Sam Bixby helped the Wolfpack into a 19-17 half-time lead.

Congratulations to @BSERugby on a superb 29-50 away victory at London Irish. Fantastic start for new coach, Jon Curry. #BSEWolfPack ??.

Coutts scored again after the break before Mark Kohler, Tristian King and Salva Lloret plus a penalty from Matt Harrison helped Bury reach a half century of points.

Clifton secured their third win in a row as they claimed victory over Worthing Raiders to move 10 points clear of the bottom three.

The Lavender and Blacks ran in five tries to edge past Worthing as they sealed a trio of victories for the first time since December 2016.

Darren Lloyd’s side are going through their best spell of form at just the right time, while it is now just two wins in eight games for the Raiders.

Old Redcliffians battled to a narrow win at Broadstreet to move to within four points of safety in National Two South.

A Robbie Smith touchdown and eight points from the boot of Kieran Hill gave Old Reds a 13-10 lead at the break.

Nick Thatcher’s try and a penalty from Ben Cooper had initially given Broadstreet a 10-point advantage, but they fell further behind after the interval as Kiyan Wiltshire went over.

However, the visitors held on for a vital win to remain in the hunt for survival.