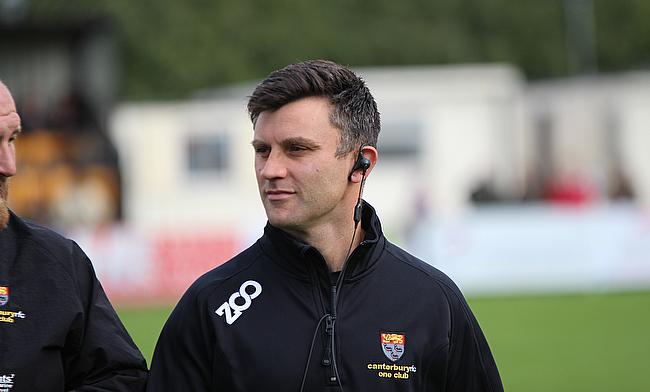 Head of Rugby Andy Pratt insists it is important for Canterbury to stay focused in National Two South as the second half of the season prepares to spark into life.

The City Men currently occupy third spot in the division and they sit three points behind second placed Henley after eight wins from their last nine games.

And even though Canterbury lost to Tonbridge Juddians just before Christmas, Pratt is keen for his side not to let their standards slip as we enter 2019.

Not the performance or the result that this magnificent crew wanted as it ends ⁦@TJRFC⁩ 23 ⁦@cantrugby⁩ 18 We go again in the New Year at home on 5/1/19. Happy Christmas everyone pic.twitter.com/OQqXrSbfxN

“We’re really pleased. It is great for the lads and there is a real buzz around the place at the moment,” Pratt told ncarugby.com

“It has been tough as it always is in the National Leagues, but we are very happy and the lads are playing well.

“We certainly wanted to be at the upper end of the table. We weren’t quite expecting to be where we are now, but I think at the same time, we are going well and we just want to maintain it.”

Pratt, who has seen his side lose just four times this term, has put Canterbury’s impressive season down to their strength in depth.

Following a couple of mid-table finishes for the Kent outfit over the last few campaigns, Pratt has built a well-rounded squad at the Marine Travel Ground and it seems like he has struck the right balance.

“I think we always felt we were capable of challenging in the top five,” Pratt said.

“We had a couple of years where we promised a lot at the start of the season and failed to deliver. Maybe we weren’t quite strong enough in terms of depth because we did have key players injured.

“We have had to learn from that and I think we have this year. We lost our skipper Max Cantwell probably for the season in only the second game, but we have had that depth just to be able to respond to that.

“I don’t want to put a kibosh on anything, but having that depth certainly helps! We made some new signings and they have gone really well, but the main thing is we also have got a group of guys who have been with us for three or four years.

“They are at a point now where some are hitting 100 National League appearances and that has been really pleasing for us too. 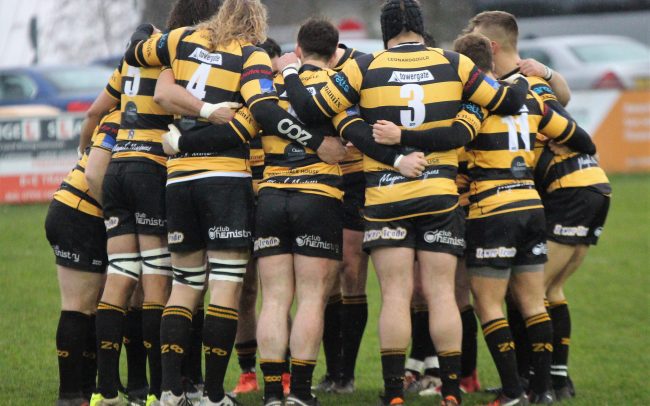 “We are delighted, but as I said before, we have been in similar positions in the past and we just want to make sure we can maintain it going into the New Year. That is our challenge now.”

One of Canterbury’s tasks is to continue battling with Henley Hawks. Nigel Dudding’s side leapfrogged the City Men back into the top two just before Christmas, but Pratt’s thoughts are only on his own team.

“Henley are a very good side as we found out because it was a real tight game at their place,” Pratt added.

“It is close so there might be a few changes in position, but we just want to be there or thereabouts as we go into the second half of the season.”

After the New Year celebrations, Canterbury return to action on January 5th when they host Old Redcliffians before fixtures with Dings Crusaders, Taunton Titans and Worthing Raiders.

The standout fixture seems to be their clash with fourth-placed Taunton in the middle of next month, but Pratt is more than aware of the challenges that await his side in 2019.

He added: “You can look at Taunton, but Old Redcliffians are on a good run and I know they have to come to us, but if you take your eye of the ball there, you will slip up.

“My job is to put out a winning team. If we get around to being in the mix come March/April, then we will obviously have a look at what that entails, but there is a huge amount of rugby to be played still.

“I am just interested in keeping the guys on the field, keeping us moving forward and hopefully getting a few more wins than our rivals around us.”