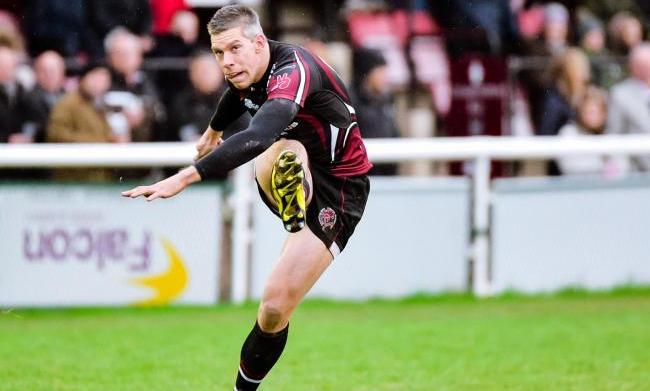 The Titans man opens up his new series of blogs for ncarugby.com by rewinding to where it all began…

To introduce myself, I am Gary Kingdom, the long serving 37-year-old full-back for the Titans. I have been involved with rugby pretty much my whole life, starting out as a five-year old playing with my home town club Kingsbridge RFC in South Devon.

Many a Saturday during my younger years were spent running around in the mud “watching” my father play for  Kingsbridge 1st XV. It was during this time I began to grow a real love and passion for the game and a desire to play at a high level. At that particular time, the Kingsbridge 1st team was that mountain peak and I think we underestimate the impact our local club teams play in creating a lifelong affinity with the sport in young players. Watching senior teams can really drive any ambitious youngster to push themselves to continue playing in the game.

Anyway back to my introduction. I began playing as a five-year old at the local club and that’s where I stayed until I left for university.

Kingsbridge have worked hard to grow a thriving youth section over the years, which is still going strong today. The club are also aided by the main secondary school for the local area being situated so close, allowing club and school players to integrate regularly.

I began life as a fly-half at club level, where I played predominately until I departed, although to my surprise was deemed slow at school and relocated to No.8! It was (in my head at least) a strange decision, especially when I was put onto the wing in football so we could utilise my pace! But on reflection, it was good for me (and any young player) to move around and play in different positions.

Kingsbridge had a strong team at both club and school level and they challenged the strongest teams in the county and with that came the opportunity to represent Devon. It was for Devon that I was first selected at full-back and played well enough in that position to make the South West U16’s and trial for the England U16’s.

Although I didn’t get in, this was my first experience of training and pushing myself to get to the highest level I could. My personal success through the county system opened up another opportunity at Blundell’s School, a private school in Tiverton, which further allowed me to train more often at a higher level and allowed me to fit my sport around school studies (as I had missed a lot with all the trials). I boarded at Blundell’s during the week and this really helped me on a personal level with my confidence and prepared me for life away from home.

I had some great experiences during my school days from winning county cups with Kingsbridge to defeating Millfield on Big Field with Blundell’s and reaching the semi-finals of the National 7’s at Rosslyn Park. The highlight, though, had to be a trip to South Africa with Blundell’s for a summer tour….. What an experience and what a country! That trip sculpted my future in more ways than one and gave me an insight into a new level of rugby.

From school, I was off to the University at Cheltenham and Gloucester (now University of Gloucestershire) where I further improved on my social skills and was lucky enough to receive some great opportunities that would help shape my rugby career. That’s where I will leave it until next time…..