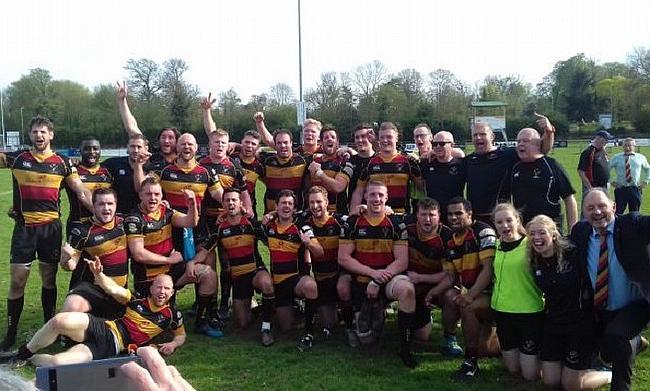 In a year which entertained and served up drama right to the very end, the National Two season once again delivered across both divisions.

As the 2017-18 campaign entered its last few weeks, there was still so much to be decided at both ends of the table. The race for the title and automatic promotion to National One went to the wire as did the battle to avoid relegation and both provided a fitting conclusion to the season.

This term will be remembered as the year Sale FC created history. After suffering the heartbreak of a play-off defeat last year against Old Elthamians, Jonathan Keep’s side responded in magnificent fashion as they were crowned champions. The Manchester-based club have never shied away from their ambition to reach National One and a run of 23 straight wins helped them achieve their aim. 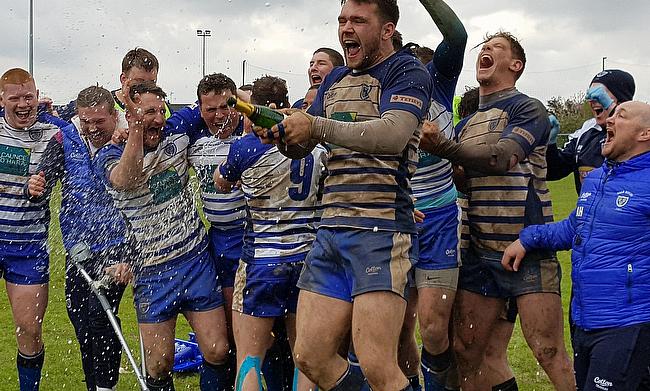 But it wasn’t a romp to the title. Second placed Sedgley Park, under the stewardship of Matt Bebbington, continually put the pressure on and 14 wins from their final 15 matches highlights this point. Sedge scored 166 tries in total on their way to the National Two play-off, but a 41-30 loss to Chinnor means it is another season for the Tigers in the fourth tier but expect them to come back even stronger.

For moments throughout the campaign, it wasn’t just Sale FC and Sedgley Park who were battling for a top two finish as Stourbridge, Tynedale and Hinckley all flirted with the promotion spots. Stour flew out of the blocks, winning their first nine matches, but a blip in form in November saw their promotion hopes slip away from them despite a small revival from the Midlands club. Tynedale, under the leadership of Newcastle Falcon and Scotland international Scott Lawson, were still in with a chance of second spot after a run of 13 wins from 17 matches, but three successive defeats to end the season killed off any hopes of a play-off place for Tyne.

As for Hinckley, they certainly were the surprise package heading into 2018. A brilliant first half of the campaign saw the Hornets firmly in the mix for a top two finish, but inconsistent form after the turn of the year halted Hinckley’s promotion ambitions. For Stourbridge, they will be fighting for the top spots once again next year and the signing of Ricky Aley – the top points scorer in National Two North in 2017/18  – shows that they mean business. As for Tynedale and Hinckley, they can certainly be pleased with the progress they have made this term.

Oblivion and back rather than a roller coaster ride… https://t.co/padrGHHEXZ

Down at the bottom of National Two North, it was equally as dramatic. Sheffield battled well in this division following promotion 12 months ago, but ultimately, Adam Byron’s side lost their way when it mattered most and a run of one win in six matches saw them relegated meaning the remaining two places in the relegation zone were hotly contested between three sides.

Heading into Round 28, Blaydon – who had been relegated from National One in 2016/17 – sat outside the drop zone after an injury hit season and the departure of Newcastle Falcon Ally Hogg as their head coach. Matt Thompson took over at Crow Trees and a crucial win over Luctonians at the end of March meant their fate was in their own hands.

However, a loss to Sale FC saw them fall back into the drop zone because rivals Wharfedale secured a vital victory over Hinckley in Round 29. Now the ball was in Dale’s court and back to back wins over Tynedale and Macclesfield meant Blaydon suffered successive relegations.

But Wharfedale’s fate was still not sealed. 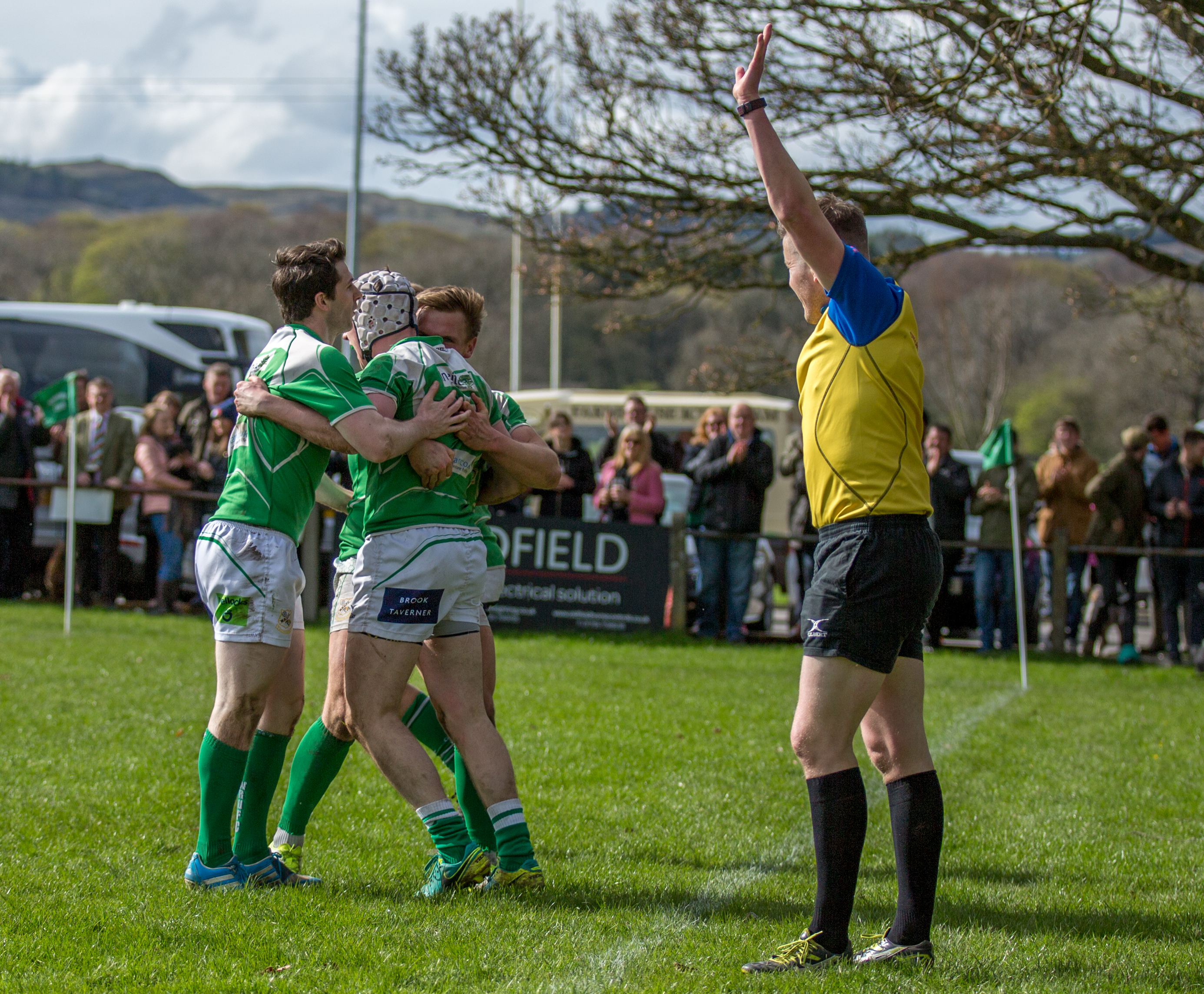 After just six wins in 27 matches, Luctonians had produced three consecutive victories to keep their survival hopes alive. Ryan Watkins’ side had two games in hand and needed to secure maximum points from fixtures against Leicester Lions and Sale FC to leapfrog Wharfedale and survive.

A dramatic win over the Lions meant the relegation fight went down to the second weekend in May, but despite a spirited second half display against Sale, Lucs couldn’t find the victory they needed, and their eight year stay at this level came to end whilst Wharfedale’s place in this division was confirmed.

Elsewhere in National Two North, Huddersfield were certainly the surprise package of the season after promotion from National Three last April. Gareth Lewis’ side finished in a very credible sixth place after 15 wins this season while after a slow start to the campaign, Macclesfield turned their fortunes around under coach Marshall Gadd to end the term in eighth place following 10 wins from 16 matches.

After two years away from National One, Cinderford will make a return to the third tier of English rugby next season following a title winning campaign in National Two South. Paul Morris’ side lost just once on their way to securing automatic promotion – ending the season on a 24-match winning streak – and they quite rightly deserve all the plaudits after a stunning campaign.

The Gloucestershire outfit were able to hold off the challenge of second placed Chinnor who were in control of the title race heading into the new year. Matt Williams’ side had defeated Cinderford in October and were unbeaten in 16 matches, but losses against London Irish Wild Geese and the aforementioned Cinderford in January knocked them off top spot and in the end, they had to settle for the silver medal position.

But despite finishing 12 points off Cinderford, Chinnor will be following the champions into National One after their play-off triumph over Sedgley Park at the start of May and in doing so, will be plying their trade at the highest level in the club’s history.

19 points separated the top two and the rest of the field in National Two South, but fourth placed Taunton Titans were certainly in the promotion picture at the start of the season. Tony Yapp’s side secured nine straight wins to begin the campaign, but it was a similar story for the Somerset outfit as dips in form halted their promotion ambitions for another year.

If the top two was seemingly done and dusted during the second half the season, it was a completely different story at the wrong end of the table.

The battle to avoid the drop was starting to intensify and six teams were all fighting for survival heading into the final few months of the season. 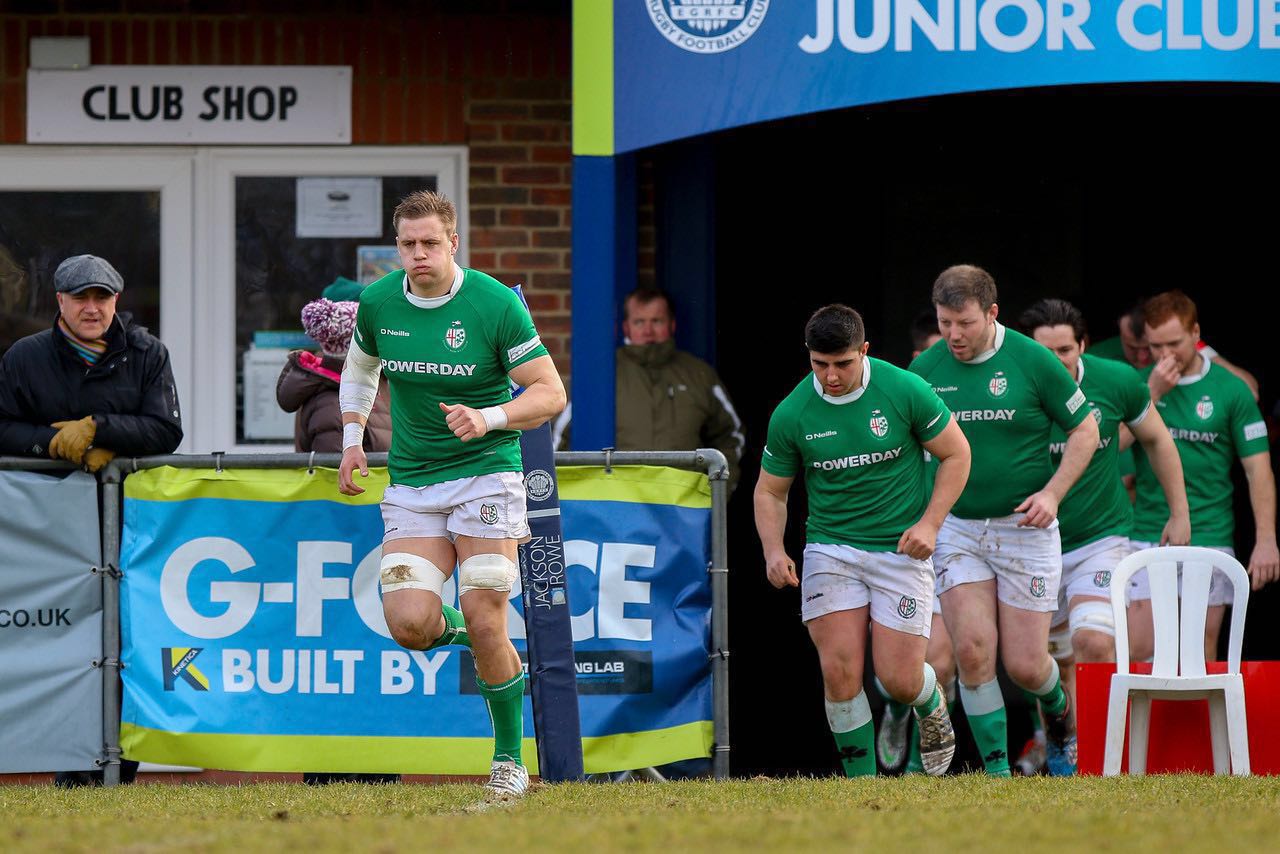 For Broadstreet and Clifton, they suffered contrasting fortunes. In terms of Street, a tough maiden year in National Two South concluded with the club parting ways with Head Coach Paul Hurst and an immediate relegation back down to the fifth tier following just five wins throughout the campaign.

As for Clifton, a torrid run of two wins from 12 matches had left Darren Lloyd’s men on the cusp of the drop zone, but five victories from their final seven matches saw the Lavender and Blacks turn their season around and secure their place at this level for another campaign.

The remaining four clubs – London Irish Wild Geese, Old Redcliffians, Barnstaple and Wimbledon –  were now embroiled in a dogfight as the season reached its climax. A run of one win from six matches saw Wild Geese slip into the relegation places with two fixtures remaining, but a vital victory over Henley Hawks in Round 29 meant Lee Starling’s side required just a point from their final game of the season against Worthing Raiders to survive and they managed to do just that.

Old Redcliffians, who were promoted into this division at the start of the season, had their destiny in their own hands going into Round 30. Seven wins from 12 matches reignited their hopes of staying in this division and the men from Scotland Lane could have secured their safety on the penultimate weekend of the campaign, but a loss to rivals Wimbledon made it a nervy final day. However, the Bristol outfit defeated Redruth 34-12 to clinch survival meaning Barnstaple and Wimbledon fell through the trapdoor.

Both sides faced one another in Round 30 knowing results had to go their way if they were to stay up. Barnstaple had slipped from a midtable position into the danger zone following one win in eight matches between March and April and even though they defeated Wimbledon on the final day, it was too little too late for Barum.

As for the Dons, one win from their first 16 matches meant the men from Barham Road were rooted to the foot of the division in their first ever campaign at this level, but a revival after Christmas gave them a chance of pulling off a remarkable escape. Eight wins from 13 games gave Wimbledon a glimmer of hope, but despite their spirited fightback, they couldn’t stay afloat.

Teamwork, dedication, strength, ambition and hard work – Congratulations to @Rams_RFC on Saturday for an outstanding performance for their last game of the season. Proud to be sponsors of the Rams and we can't wait for next season! Well done boys! pic.twitter.com/puVGFMhMtg

Notable mentions must also go to Redingensians, Tonbridge Juddians and Worthing Raiders. The Rams ended the campaign in third place, which is another brilliant achievement for Seb Reynolds and his side who continue to head in the right direction in National Two South. Tonbridge Juddians had a phenomenal season at this level following their promotion 13 months ago as the Kent outfit finished in sixth place whilst after flirting with relegation over the last couple of years, Jody Levett guided Worthing to a top eight finish as the men Roundstone Lane enjoyed a successful term.