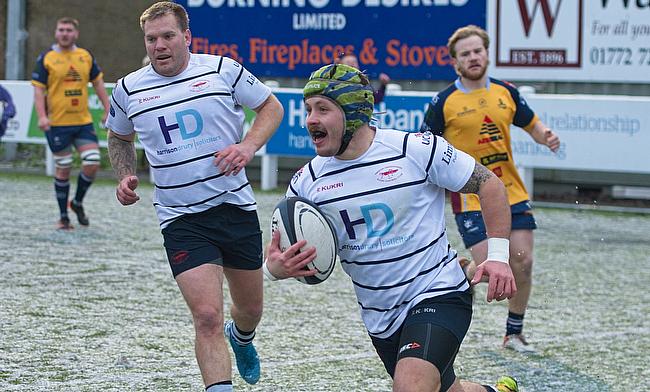 Two sides towards the bottom of their respective divisions collected excellent results while Rams RFC and Clifton suffered setbacks in National One and National Two West. (Photo Credit: Mike Craig)

Rams RFC fell to their second defeat in as many weeks as the National One league leaders were beaten 37-17 by Cinderford in Round 13.

Nathan Taylor and Declan Fissenden helped the Foresters into a 14-5 lead before Cinderford added a Mike Austin penalty to their tally ahead of the half-time whistle.

George Gladding grabbed the home side’s third try of the day before Oliver Moffitt added to Will Partingon’s first half score.

Austin then pinged over another three points to extend the advantage for the hosts before Henry Bird crossed for the away side to make it 30-17. However, it was too late for the table-toppers to mount a remarkable fightback as Shaun Knight’s late try ensured Cinderford picked up a maximum at Dockham Road.

For the second successive season, we are delighted to announce National League Rugby will be live-streaming the derby day clash between Rams RFC and Chinnor 🙌

The loss for Rams means they are now level on points with second-placed Sale FC who secured an impressive 24-15 victory over fourth-placed Rosslyn Park.

After beating Rams in Round 12, Jonathan Keep’s side are now right back in this title race following tries from Josh Brown, Seb Cecil, Fergus Mulchrone and Olatumylara Onasanya.

There were more twists and turns towards the bottom of National One as Sam Morely’s penalty six minutes from time helped Esher to a valuable 18-17 triumph against Darlington Mowden Park.

After no victories in their first nine games of the season, the EEE’s have won three of their last four to leave them just two points from safety. Their nearest rivals, Taunton Titans, managed to pick up a losing bonus point in their 26-21 defeat to Birmingham Moseley who are now unbeaten in four matches.

The other fixtures in the third tier were all postponed.

Only two matches went ahead in National Two North but Preston Grasshoppers produced a result to warm the hearts of everyone associated with the Lancashire club after securing a 26-21 win against Rotherham Titans.

Two Tyler Spencer tries saw the hosts move into the lead before three points from the boot of Corben Ollivent got Rotherham on the board.

Will Hunt then landed a drop-g0al for Hoppers but the visitors from Yorkshire were able to drag themselves back into this contest shortly after half-time as another Ollivent penalty was followed by Marcus Payne’s score.

Edward Keohane kept Preston’s noses in front from the tee but Callum Bustin’s try for the Titans set up a tense final 15 minutes at Lightfoot Green.

However, Joel Unsworth’s men were able to see out the job as they ended a run of six games without a win. This triumph over Rotherham also means they are now 10 points clear of the bottom two.

Elsewhere, Chester and Wharfedale played out a thriller at Hare Lane and the game was only decided by a last-minute penalty from Liam Reeve as the Cheshire outfit clinched a 24-22 victory.

Canterbury had to settle for a losing bonus-point from their meeting with Henley Hawks as the City Men’s drought continued following a 19-14 defeat.

Matt Corker’s men are now only four points clear of the relegation zone after a run of five matches without a win, with North Walsham – the side directly behind them  – also having a game in hand.

Watch all the highlights from a very cold weekend on The National League Rugby Review Show for FREE 👉 https://t.co/p2huqjjX3w@RFU pic.twitter.com/K267JHc0ko

Tom Halliday’s try and a penalty from Frank Reynolds gave Canterbury an early lead but a score from Ryan Crowley and a second of the day for Sam Lunnon put Henley Hawks in front.

Reynolds landed two further penalties either side of half-time but that was all the hosts could add to the scoreboard as Henley departed Kent with the victory.

Elsewhere in the only other game in the division, Hugo Watson and Duncan Tout both crossed for Tonbridge Juddians in their 17-5 win against Sevenoaks.

Clifton’s possible National Two West promotion hopes suffered a setback in Round 13 as they were beaten 41-7 by a superb Luctonians outfit at Station Road.

Matt Hackley’s try helped Lucs lead 7-0 and his effort was the only score of the first period in Bristol.

It was a different story after the break as the visitors surged clear thanks to tries from Connor Deignan and Giles Morell.

Alex Howman hit back for Clifton but Seb Robinson-Hall put the game out of reach before Tom Smith and Josh Nott completed a fine afternoon’s work for Luctonians.

Defeat for Clifton means they are now 11 points behind Leicester Lions, who dispatched Exeter University 31-19. Their bonus-point win had initially put them six points clear at the summit but on Monday, they were also awarded a walkover result against Stourbridge – a fixture which was postponed at the beginning of the month due to Stour having insufficient players.

There were also two significant results towards the wrong end of National Two West as both Hornets and Barnstaple edged themselves away from the drop zone. The Weston-super-Mare outfit fought back from 10-0 down to defeat fellow relegation rivals Bournville 17-10 at The Nest while Nathaniel Bayt scored twice for Barnstaple in their 31-15 away victory over bottom-of-the-table Stourbridge.

Elsewhere, Fraser Honey kept his cool from the tee to steal a pulsating 33-32 victory for Redruth over Loughborough Students as the Midlands side fell to another late defeat for the second week running.