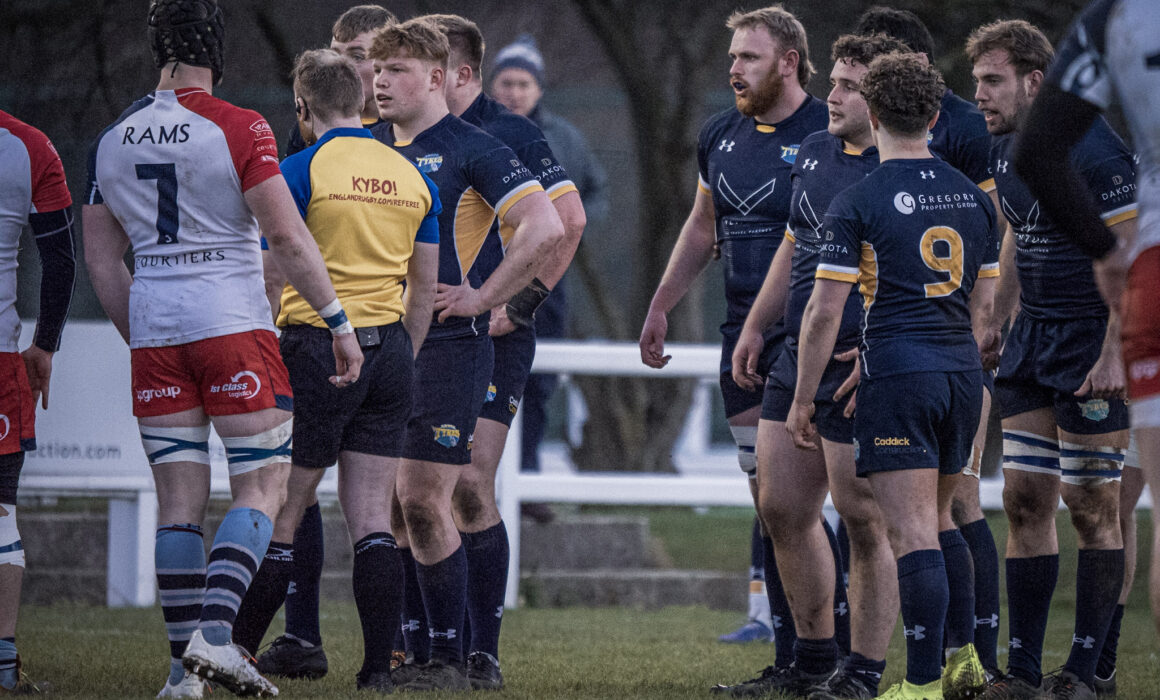 A trip to Devon for Leeds Tykes could become a significant segment in their season whilst Stourbridge and Rotherham prepare for battle and it might well be moving day in National Two South. (Photo Credit: John Ashton)

What a cracker this should be when Plymouth Albion welcome Leeds Tykes to Brickfields in a clash towards the bottom of National One.

The hosts come into this having had last Saturday off, but before their rest weekend, Damian Welch’s side suffered back-to-back defeats. However, their last home outing against promotion candidates Sale FC highlighted the spirit and determination that can lift Albion out of the bottom three and you feel those qualities certainly need to be on display this weekend.

📉😬 What a fixture we have on The National League Rugby Review Show!

Both @AlbionRFC and @LeedsTykes will be determined to pick up valuable points in this #Nat1 clash.

📺👉 Subscribe to watch this Key Game + highlights from the rest of the action: https://t.co/UnmXIYjmgO pic.twitter.com/xstQRj9nat

Plymouth will begin the afternoon one point behind Leeds Tykes, who sit one place above the danger zone, and Jon Callard’s men will look back on January with some satisfaction after picking up seven points from their four matches. They now head into their first meeting with Albion since March 2015 – which Leeds won in their old guise of Yorkshire Carnegie – knowing another positive result could be decisive come the end of the campaign.

Also in National One this weekend, league leaders Rosslyn Park enter their clash with Tonbridge Juddians (15th) on the back of a surprise defeat against Bishop’s Stortford, so they will be determined to begin the month with a victory under the Friday night lights at The Rock.

Elsewhere, Rams (6th) go to Birmingham Moseley (11th) looking to build on a pleasing January whilst Blackheath (10th) will be targeting successive victories when they visit a Darlington Mowden Park on Saturday evening.

In February, Stourbridge and Rotherham Titans will face one another twice and with both clubs still firmly in the promotion picture, gaining a victory in the first instalment at Stourton Park could be crucial.

The hosts on Saturday were able to leapfrog the Titans in Round 19 as three wins on the spin means Stourbridge are now up to third in the standings and seven points off the top with a game in hand.

You have got to love an offload, @scottyR12james 👏

This try from @fylderugby's @mattsturgess__ set them on their way to a big win in #Nat2n.

With league leaders Hull hosting Bournville this weekend, Neil Mitchell’s side know how important it is to keep the Yorkshire outfit in their sights and the same thought process applies to Rotherham.

Adam Byron’s side suffered their first defeat of the season against Fylde last time out and given they are 12 points behind Hull with two games in hand, you could argue they must depart the Midlands with a victory if they are to keep their possible promotion ambitions alight.

Meanwhile in National Two North, Hull Ionians will be aiming to stretch their unbeaten run to five games when they travel to Sheffield Tigers whilst Luctonians host Harrogate and Tynedale face Huddersfield.

This could be ‘moving day’ in National Two South with two of the top three sides both in action. With table-toppers Clifton not involved this weekend, this could be a profitable start to the month for Esher (2nd).

As things stand, the Eees are one point off the summit after stringing together a phenomenal run of 11 successive victories and their unbelievable consistency could be rewarded if they were to get the better of Guernsey Raiders at Molesey Road.

Peter Winterbottom’s side have two games in hand over Clifton and with the league leaders to come over the next four weeks – along with fellow title candidates Redruth – it could be a vital period for the Surrey outfit.

Speaking of Redruth (3rd), they could potentially move to the top of the league standings if results go their way this weekend, but their priority will be gaining a win over Henley Hawks at The Recreation Ground.

The Reds are four points behind Clifton with a game in hand and they will be seeking revenge over their hosts after Nigel Dudding’s charges defeated the Cornwall outfit just three weeks ago.

There are also four other matches across National Two South including Leicester Lions against Barnes and Bury St Edmunds v Old Albanian whilst Hinckley entertain Canterbury and Barnstaple go to Westcliff.