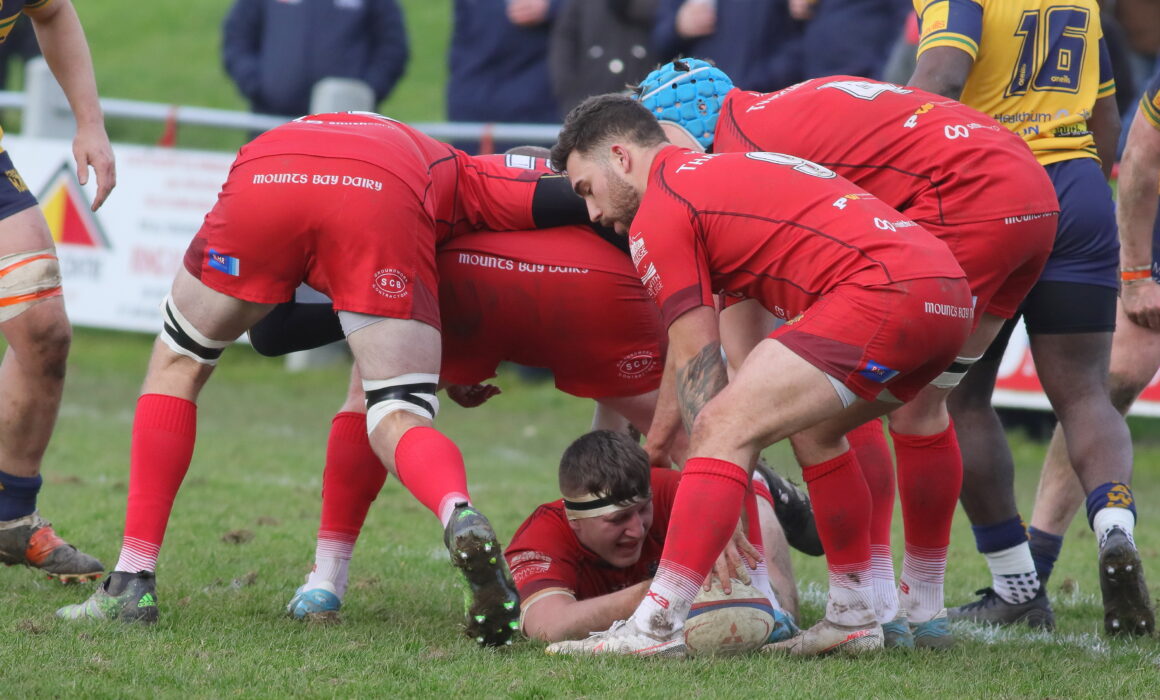 A full set of National League fixtures returns this week and the final third of the season kicks off with another huge clash at the summit of National Two South. (Photo Credit: Steve Karpa)

Back in October, Rosslyn Park suffered their first defeat of the season against this Saturday’s opponents Rams RFC and with a crucial few weeks coming up, the league leaders will be looking to avoid the same outcome in Round 20. Kieran Power’s side responded emphatically to their recent loss against Bishop’s Stortford by hammering Tonbridge Juddians last time out, and now they sit 10 points clear at the summit.

This forthcoming clash with Rams is followed by meetings with Sale FC (3rd) and Cinderford (4th) so the next three games could be crucial in Park’s bid for promotion. As for the visitors, Seb Reynolds’ men saw their form regress following the victory over the table-toppers earlier in the campaign but since the turn of the year, the Berkshire outfit have won four of their last five games to climb up to sixth. The reverse clash at Old Bath Road was a well-contested fixture so expect more of the same in the capital on Saturday.

How will the week off affect second-placed Caldy? Having put together a run of just one defeat from their last 16 games, Gareth Davies’ side may have wanted to continue rolling with the punches or perhaps a refresh going into two important matches could re-energise them for the run-in.

And you can watch all the action from levels three and four by subscribing to The National League Rugby Review Show!

If the Wirral outfit are to get past Chinnor (7th) on Saturday and Cambridge (5th) next week, then their run of fixtures leading into April, on paper, looks to be kind. However, if Caldy are serious top two candidates, they won’t be looking too far ahead and Chinnor will be a tough nut to crack at Kingsey Road. For Richard Thorpe’s men, their inconsistency means they are unlikely to challenge for promotion this season and it would take some run of results if they were to mount a charge for second spot even if they do have two games in hand over some of the sides around them.

Sale FC will be keeping a close eye on the movements of the top two as the third-placed side travel to Taunton Titans this weekend whilst Cinderford (4th) go to Plymouth Albion, who beat Leeds Tykes last time out.

Imagine if Hull make it 11 wins in a row against Loughborough Students on Saturday. As the bell rings on the final third of the season, the Yorkshire club would still be in a prime position to clinch a remarkable promotion to National One. Gary Pearce’s side continue to march on and racking up 50 points at home to Bournville last time out was another statement of intent.

Their cushion at the top is now 12 points and the Students have the daunting challenge of trying to dent Hull’s title hopes. Loughborough’s last few fixtures haven’t been great as they have faced five of the six teams above in their last seven matches. Playing Hull will complete the set on Saturday but the Midlands club will be hoping for a different ending given they have lost all of those recent games against teams ahead of them in the standings.

When Fylde emerged from a 22-14 loss against Hull a fortnight before Christmas, it was another defeat at the hands of a fellow promotion contender. However, Chris Briers and Alex Loney’s side dusted themselves down and two months on, they now sit second in the table after stringing together five straight wins.

Their most recent success over rivals Rotherham Titans was arguably the most significant result in the short tenure of the joint head coaches and with title candidates Sedgley Park to come next week, they will be hoping to make it six on the spin away at Wharfedale. The Greens will have something to say about that ahead of this clash between two National League stalwarts given they concluded January with back-to-back wins. Prior to that, they did run the aforementioned Sedge very close so Rob Baldwin’s side are more than capable of causing Fylde problems this weekend.

Meanwhile in National Two North, a tasty looking Yorkshire derby between third-placed Rotherham and Hull Ionians (who are unbeaten in 2022) springs out this weekend and the Talking Rugby Union team will be at Sedgley Park (5th) for their home game with Blaydon.

Fourth-placed Stourbridge are level on points with both Fylde and Rotherham so they will be looking to keep pace when they visit Huddersfield whilst elsewhere, Luctonians go to Harrogate, Sheffield Tigers are at Bournville and Tynedale welcome Chester to the North East.

Round 20 of the season could see Esher take another significant step towards a return to National One when they host Henley Hawks. The form guide says Peter Winterbottom’s side should get the better of their visitors this weekend because the Eees enter this fixture on a 12-match winning run.

But before they kicked off this remarkable sequence of results, the last team to get the better of the league leaders was? Yes, you guessed it…Henley. A 31-21 triumph for Nigel Dudding’s side back in October compounded Esher to their third game without a win. That defeat might be a distant memory for the table-toppers but for Henley, they may use it to spark their 2022 into life after a patchy start to the second half of the campaign.

To say title hopes and dreams are on the line at Station Road on Saturday might be a tad dramatic, but with just 10 games to go in the season after this weekend, every victory will hold huge significance if you are battling for promotion.

Second-placed Redruth travel to Clifton (3rd) in Round 20 having leapfrogged their opponents in the table at the start of the month.

The #Nat2s title race is shaping up nicely ??

??And as the final third of the season gets underway, we have a top of the table clash on The National League Rugby Review Show ??

We’ll also be with #Nat2n high-flyers Sedgley Park on Saturday.

Last Saturday, Nigel Hambly’s men dispatched Henley Hawks to make it just one defeat in their last eight, but more importantly, the Reds sit just two points behind leaders Esher. As for Clifton, Matt Salter’s side probably knew the table-toppers and Redruth would take advantage of their games in hand so the Lavender and Blacks will be itching to respond on their return to action. The fact is the Bristol outfit have won 10 games on the spin and will be oozing confidence given they haven’t been beaten on their own turf in nearly four months, but the flip side to that is Redruth are undefeated on their travels this season.

With the top three covered, Worthing Raiders (4th) are still very much in the promotion picture and the Sussex side entertain Dings Crusaders on Saturday whilst elsewhere, Leicester Lions (7th) face Bury St Edmunds and Guernsey Raiders welcome Barnes to Footes Lane.

Also this weekend, Old Albanian travel to Rochford Hundred, Hinckley visit a Westcliff side who clinched their first win of the campaign last time out and Canterbury take on Barnstaple.