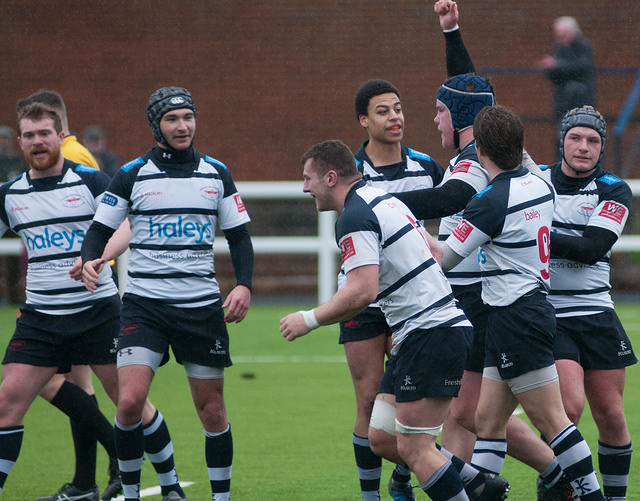 Paul Arnold believes instilling belief back into Preston Grasshoppers has been a major factor in why they have started the season so strongly.

Arnold, who joined Hoppers at the start of this campaign, has guided the Lancashire side to the top of North Premier, with their most recent victory being a 32-16 win against third placed Harrogate.

“I think one thing that we have been able to change from last year is just a bit of belief in the players,” he told the NCA website. “They lost games late on last season which led to heads dropping and ultimately relegation, but I’ve tried to get belief into the players so no matter what minute it is, we can win the game. “

Arnold swapped Fylde for Lightfoot Green in the summer after spending seven years as a player and coach at Woodlands and he admits his move from National One to North Premier may have seemed strange to some followers of the game.

“Moving from Fylde to Preston raised a few eyebrows, but when I spoke to people here, they sold me a good vision,” he said.

“My decision was based on the travelling in National One I think. It is pretty brutal. It was time for a new challenge and something a bit fresher for me as well.  I didn’t have any ideas of where I was going when I said I was stepping down!

“I had various offers from clubs, but Preston was the one that appealed to me most. It is a big club and a great club so I had no hesitation taking the role”.

After Hoppers suffered relegation from National Two North last season, they turned to Arnold and so far, they are heading in the right direction.

Ten wins from their first 11 matches is a great return and with second placed Lymm at home to come after the first break in the season, Arnold is just focusing on short-term goals as Preston aim for an immediate promotion back to the fourth tier of English rugby.

Arnold, who signed a two year deal with Hoppers, added: “The club have got ambitions. They want to be in the league above. It was always the goal to try and challenge for promotion and we are not making any secrets about that.

“We have obviously got lot of work to do. You can probably speak to me after the break because we have Lymm so we will know more in two weeks’ time about where we can go this season!

“We have just been setting four week targets at the moment. If we reach are targets each week then we should be OK on the Saturday and by that I mean cutting out mistakes etc and so far, it seems to be working.”

“The off the field support this season has also been fantastic and so have the supporters who have travelled home and away so hopefully we can now get the club to back to where it should be.”