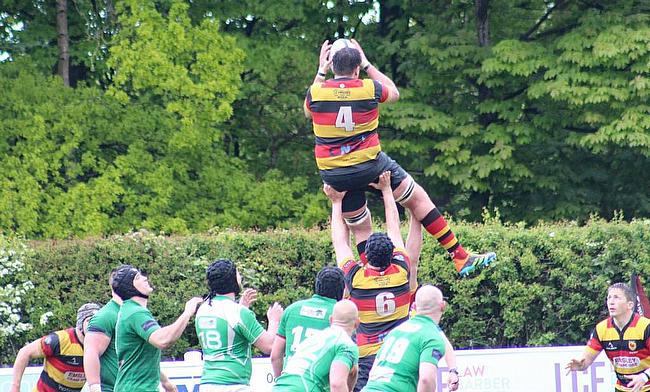 The Yorkshire outfit won promotion to National Two North just under 14 months ago, but a strong unity across the club has guided them through a challenging period and back to playing rugby. Photo Credit: Emor Millar

420 days have passed since Harrogate had their promotion to the National Leagues confirmed, but that excitement to be back in level four still burns bright.

The edginess followed by the relief around whether they would stay in North Premier or not now seems like a distant memory, but like most of our clubs, the Yorkshire outfit are focusing on the future.

Already, David Doherty’s team have hosted both York and Wharfedale in friendly matches under the adapted laws and Harrogate’s return to rugby continues this weekend against fellow National Two North side Sheffield Tigers.

“The club is just really excited, to be honest,” Doherty told ncarugby.com. “People are just happy to be out playing and getting back with their mates. I am delighted. Going into games, players have had the chance to get that first run out and you kind of begin to see the light in terms of what the next steps are.”

But for Doherty, seeing ‘those next steps’ seemed like a long way off when the pandemic first struck. Not only is the former Premiership player the Director of Rugby at Rudding Lane, but he is also a coach in the club’s academy as well as Harrogate’s commercial chairman.

What feelings were Harrogate experiencing towards the end of the season?

Well, excitement quickly turned to nerves before their promotion was finally confirmed!

The Yorkshire club feature in the latest edition of 'New Arrivals'.

“It was challenging to start with,” Doherty said. “If you look at the financial constraints and then the restrictions with Covid, we went into six bubbles of six at training and that was all incredibly challenging. Almost exclusively, all of our players play for that social aspect so that was tough.

“The one thing which has been amazing throughout is the support. The players, the members, the supporters, the sponsors, almost everyone has stayed with us so there is a real unity across all the age groups and the clubs, but it has not been without its challenges.

“The one person I will mention is Jo Finnegan who has been our clubhouse manager and she has just had endless enthusiasm which has really helped. It has meant when we can and how we can, we have been able to provide facilities for people and all of that is priceless.

“I have been on the bar and parents have been helping out and dishing out food and sit down meals whilst following the Covid regulations. It has been about caring for people and getting them back to the club and I think if it wasn’t for that unity, I think the club would be in a much more difficult situation.”

The Harrogate faithful were able to return to Rudding Lane last weekend for their fixture with Wharfedale – which was another positive step forward – and since the first strands of normality have slowly crept back into National League rugby, Doherty has been elated by the club’s response.

The increased numbers at training have been a plus point and a headache explains the Harrogate boss: “At times, you have got four pitches and 450 players across different age groups all wanting to get back to playing some sort of rugby! It is great to see because it shows people can see the pathway all the way through the club and what we are striving for.”

And that ethos of a ‘one club mentality’ has been consistently at the top of Doherty’s agenda since he took over as Director of Rugby at the beginning of the 2016/17 campaign.

The impact of that mantra has been evident during the Covid-19 pandemic, but on the field, Harrogate continue to work hard to bring players through their age-grade system and into the first-team fold.

Blazing a trail for the club’s promotion of youth is Harry Yates. The winger burst onto the scene just over two years ago and in their first couple of friendlies since rugby has returned, more potential starlets at Rudding Lane have shown what they could offer Doherty’s side in National Two North.

“Our philosophy is that 75 per cent of the players in the first team come from the juniors and the academy,” Doherty said.

“Across the country, Colts is really struggling so the reason why I put in that additional support with the academy is because numbers are really going down in team sports so to see people like a Kit Keith and Jack Whiting play for us recently has been great.

“If their capability lies higher than Harrogate, then that is brilliant. It is showing what we are doing is working and hopefully at some point when it is sustainable, we will be able to continue with their development and the development of players even younger than them.”

Part of that process is the number of fixtures that Harrogate have pencilled in for this mini window of opportunity before heading into their pre-season plans.

In total – including their opening games against York and Wharfedale – they will have played five matches by June 12th which Doherty feels will help his side in more ways than one despite the delayed return to full contact training.

He added: “One of the reasons why I wanted to get fixtures in the adapted rules for the 1sts and 2nds is because we have that big squad of players who want to play with the young players pushing that competition for places as I mentioned.

“Another part of it is the anxiety levels. If you have not played for over a year, it is going to be really tough for some of those semi-professional teams to come back whereas I think the transition we have done where it has gone from three 10-minute live blocks into what it will be against Sheffield Tigers on Saturday with three 30-minute thirds, it helps because you can vary your team.

“That then helps everyone get back to playing before going into a break after the 12th of June. We will get the enthusiasm to come back and do some hard training for pre-season and those anxiety levels of playing live rugby and getting back to your social groups, I think that will be mitigated.

“Right now, we are just giving people a chance to prove themselves on the field and get back to playing rugby.” 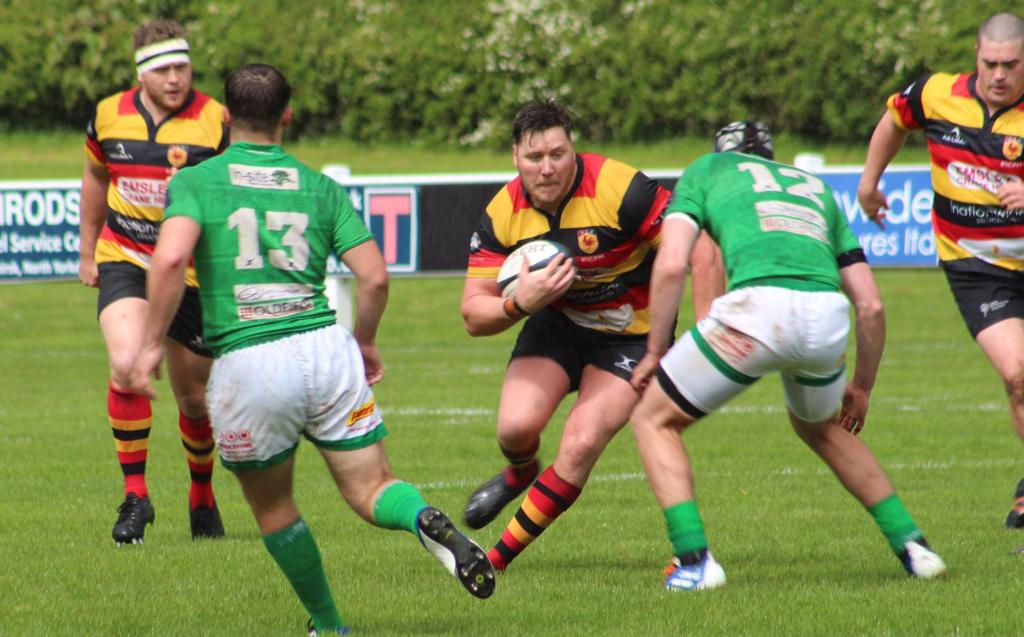 Whilst Doherty isn’t putting much stock into squad selection and results, playing teams like Wharfedale and Sheffield Tigers are the first pieces of their preparations for life in National Two North.

The Yorkshire outfit will begin the new campaign with a home fixture against Sedgley Park on September 4th and after four years of being away from the National Leagues, Doherty is looking forward to the months ahead.

“Last weekend against Wharfedale was very attritional as we knew it would be around the ruck and the contact area and the line speed they bring. They are a committed bunch so it is more about getting the lads to understand what some of the games will be like in National Two.

“Some of the games are going to be super-fast. There are four or five teams with a 4G pitch so maybe we will see that against Sheffield Tigers because they move the ball really well. Jamie Broadley is a brilliant coach. They have got key players in key areas so the pace of the game might be a bit quicker and hopefully our boys can adapt to that and keep playing well.

“You have seen that in our first two games around the set-piece. Our lineout has been strong and those aspects are going to be massively important in National Two so we are not looking for any quick fixes or wins. It is very much all around being better for National Two so we will be ready for the next step.”