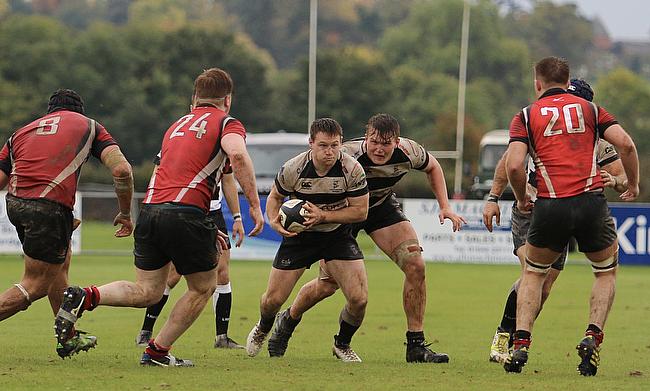 Two sides in the bottom three meet at Kingston Park this weekend as they aim to enhance their survival hopes.

Matt Thompson has backed his Blaydon side to avoid relegation this season after what has been a difficult campaign for the Crows on their return to National Two North.

As things stand, the North East side sit two points from safety having come down from National One last term, but numerous departures at the beginning of the season had a huge impact on the club.

The men from Crow Trees also had current Newcastle Falcon Ally Hogg in charge at the start of the season, but after around 10 matches, his commitments with the Premiership club saw him depart from Blaydon.

But, current head coach Thompson believes Blaydon are slowly moving in the right direction as they aim to dodge successive relegations.

Get behind Blaydon 1st Team in their run in, to the end of the season Incl. Blaydon’s remaining games and venues https://t.co/hpsjzInyLE pic.twitter.com/FH0JXZMVMG

“It was a tough start to the season after we were relegated from National One,” said Thompson. Our first team was pretty much decimated so we had to rebuild it again.

“It is not an easy process to rebuild. We recruited from as far away as Scotland and down to Middlesbrough so we are slowly building, but it is a work in progress. “

Asked if taking over from Hogg was a tough transition, Thompson added: “We had a new coach in Ally Hogg who was trying some things out that possibly may not have worked. I decided that wasn’t the way forward for us so we revamped things again for a second time. 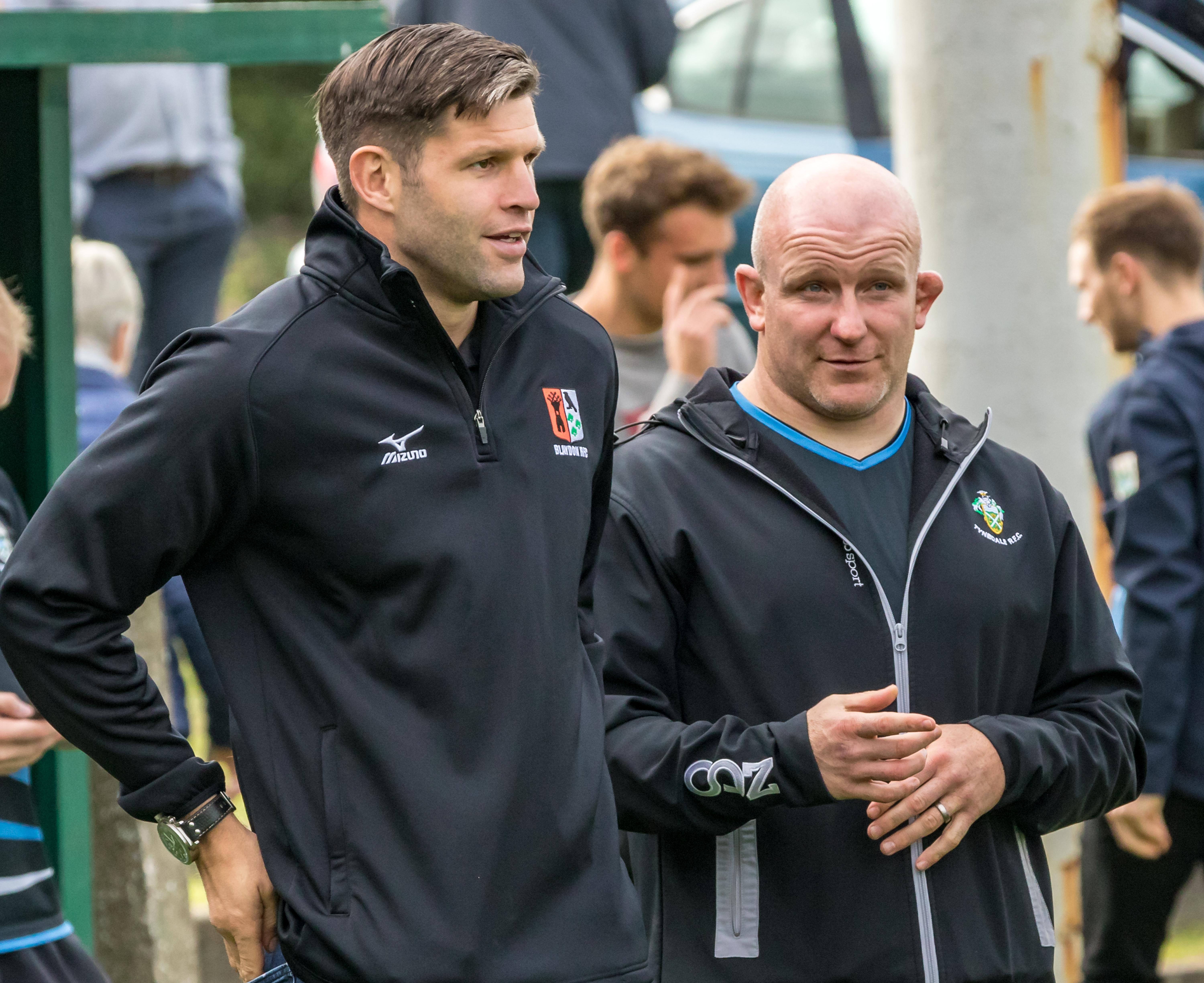 “It was tough for Ally and it has been tough for the whole team, but we are improving. Survival is obviously key this year and I really think we can push hard for that before heading into next year.”

Thompson was also keen to stress what he has changed since moving from forwards coach to head coach and his thinking is based on Blaydon’s new artificial surface which they are currently installing.

“When I took over, we already knew that we were going to get a plastic pitch and I have had experience of playing on a plastic pitch,” said the former Newcastle Falcons academy coach. “I know what type of brand of rugby needs to be played on that surface to be successful.

“We bit the bullet and started training and playing as we would on a plastic pitch.

“It will take a while because skill levels need to go up, but we can see the improvement we are making each week in training and on game day.”

And that progression which Thompson eludes to has seen Blaydon pick up 12 points from their last five matches which has enhanced their chances of staying in this division.

This weekend, they host fellow strugglers Luctonians at Kingston Park and Thompson insists his side are focused on themselves as they look to pick up a crucial victory.

And so it begins…..
DAY 1 pic.twitter.com/V4vgzaUG7g

He added: “We have the privilege to play at Kingston Park this weekend due to the work which is going on at Crow Trees so we have to thank Newcastle Falcons.

“It will be a massive game against Luctonians. We had a good old ding-dong with them at the start of the season. They have got a long journey over this Easter period which may not be ideal, but we are coming out all guns blazing.

“As a coaching team three weeks ago, we looked at it and we were in the relegation zone. We said it is in our hands. We have to win our games or get at least some points out of them like we did against Sedgley Park last week and if we do that, we will survive.

“We focus on ourselves and if we do our job we will stay up and if we don’t,  we deserve to go down because the table doesn’t lie.”

But Blaydon come into this fixture against a Luctonians outfit who were given a huge shot in the arm last weekend.

Director of Rugby Ryan Watkins was delighted as his side clinched their first victory for two months as they produced a remarkable comeback to defeat Hinckley.

The Herefordshire side are now seven points from safety, but they do have three games in hand and the Lucts will be aiming to boost their survival hopes in the North East on Easter Saturday.

“I have been at the club for four years now and that was probably the best game I have been involved in in terms of drama and the character we showed in the comeback,” Watkins told the NCA.

“The fans generated such an atmosphere and it was electric down there. It was a special thing to be a part of and I was just dead proud of the boys.”

Luctonians’ win over Hinckley was certainly a highlight in what has been a tough season for the men from Mortimer Park, but Watkins has revealed why a recent change in approach could be key to staying in this division.

He added: “We have had a few team meetings and we have brought people into the club to help us review our performances.

“They have sat down with us and told us what they thought was going wrong and I think some of that sunk in at the weekend and it came down to the players taking a bit more responsibility and ownership for what was going on.”

In the past, Luctonians have managed to pull off some excellent escapes and if they were to maintain their status in National Two North this term, it would be another superb fightback.

A repeat of their 17-7 victory over Blaydon back in September would move the Lucts a step closer to survival and Watkins believes the character the side has shown over the last couple of seasons and against Hinckley can help them to safety. 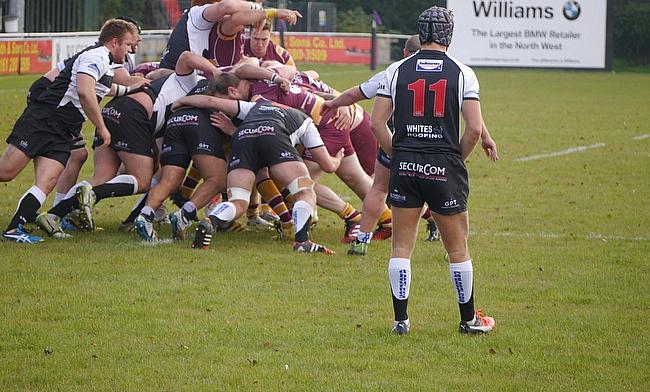 “This is my first year as head coach, but I have been at the club a few years now. I have seen the club stay up on the final day of the season and also a couple of years ago, we were second from bottom and we ended up winning the last 10 games of the season to finish sixth.

“We have been staring down the barrel in recent years, but it is a club with so much character. There is a lot of people who care about what we do which is so important.

“Blaydon is a massive game. We have relieved a little bit of pressure on ourselves after our win against Hinckley.

“We are behind on games so it looks like we are at the bottom of a mountain, but in reality, if we pick up a couple of wins, it becomes a molehill. There is no point looking at the standings because there is still so much more to play for.

“We have got to take each week as it comes and keep chipping away. It has been a big boost to get some strength back into the squad too in terms of players returning from commitments with the army locally and some with other work commitments so we are in a stronger place.”