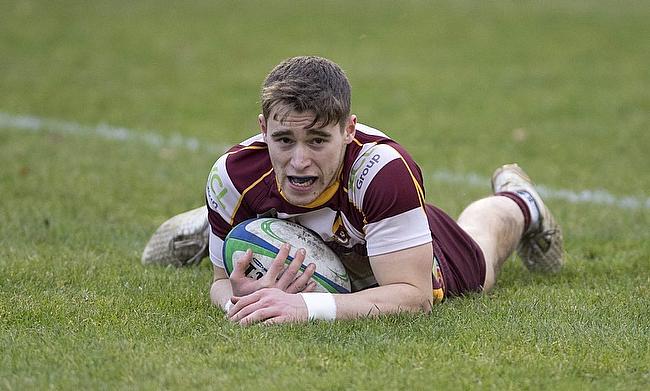 He was one of the standout performers in National Two North last weekend, but Harry Davey’s display against Sedgley Park certainly wasn’t a one off.

The 18 year-old fly-half has been one of Huddersfield’s star men this season since he signed a dual-contract in the summer.

His parent club, Yorkshire Carnegie, have given Davey the opportunity to get minutes under his belt in the fourth tier of English rugby and he is definitely making an impression at Lockwood Park. 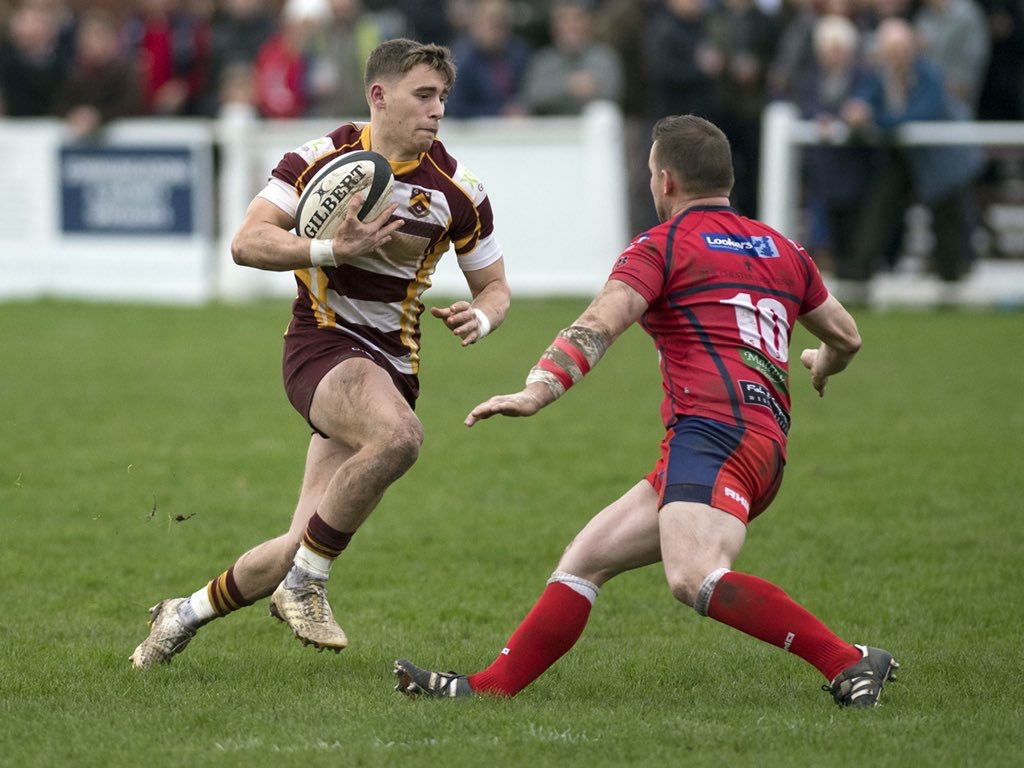 Harry Davey has been one of Field’s star performers this season. Photo: Ray Morris

“I think it is going well,” said Davey who has been on the cusp of recent England U18 squads. “I feel like I have built my way into the team and have adapted to the way they want to play.  It has helped me settle in.

“Going to Huddersfield seemed the right choice because it is fairly local and it seemed like a good challenge to be a part of because the club were just promoted from National Three.”

Last time Field were in National Two North, they finished bottom of the division with 38 points, but they are now just three points off matching that total following seven victories from their first 13 matches.

“We are playing with a lot of confidence at the moment and it is growing” added Davey. “We are in the top half of the table, but that isn’t to say our job is done.

“We will want to keep challenging in order for us to stay there. We are ambitious and we want to stabilise ourselves in the top half.”

Next up for Huddersfield is a trip to Sheffield Tigers, but they will be without Davey who has been drafted in to play for Yorkshire Carnegie against Dragons Select in the British and Irish Cup.

But despite being absent from Huddersfield duty, Davey is quietly confident that his side can add to their run of four straight wins.

He said: “We have performed well in a number of games this year. Against Luctonians, we played well and we did very well against Sedgley Park last Saturday.

“We want to really compete against the sides around us and above us and Sheffield Tigers is one of those. They lost at Blaydon last week, but they will be fired up to get the win on Saturday so we have to keep performing like we have been.”