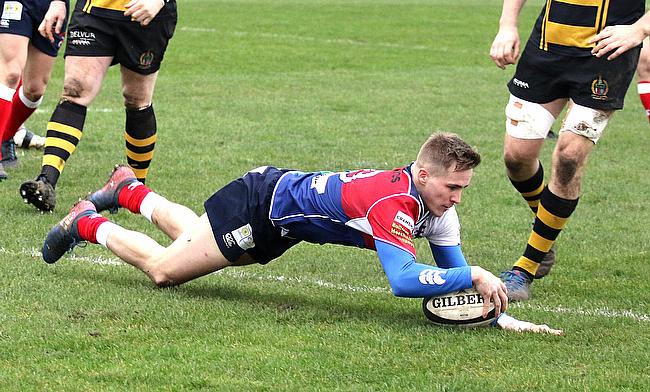 The Yorkshire club earned promotion to the third tier in 2015 and they went up as champions.

This term, the I’s are hoping to do something similar, but recent results have seen Martyn Wood’s side fall out of the top two.

However, Hull’s Lewis Minikin is adamant there’s no sense of panic as Ionians sit just three points off the summit.

“We are not particularly concerned with the recent form,” Minikin said.

“Every team has their ups and downs. We just have to crack on and work on the things we have struggled with over the last few weeks.

“It’s a very competitive league so the teams in and around us will drop points before the end of the year so it’s about capitalising on that and putting the performances in we know we are capable of.

“We are really positive. To be at this stage of the season and be in with a good chance of winning the league is always going to be positive. We are not top of the league at the minute, but all of us believe we are good enough to win it.”

The I’s have lost five of their last nine games, but following 11 wins from their first 12 matches, Minikin is convinced his side can return to form as we enter the business end of the season.

“The overall season has been very good,” he said. “We lost a few players at the end of last season, but we kept a really good core of players which we’ve added to throughout the year.

“We’ve been playing some really good rugby. Even in the last few weeks where we haven’t been at our best, we’ve still been very threatening in attack and tough to break down in patches so it’s all very positive. We will find form again like everyone does.

“With the way the game played out [against Chester], it felt like we had to build a lead which we did, but unfortunately, the soft try at the end of the first half that we conceded cost us. It gave them a lot of momentum.

“On the other hand, we were quite wasteful with the ball and spurned a lot of chances. We’ve got to be better than that if we want to stand a chance of winning the league.”

Hull Ionians will be hoping to produce an improved performance on Saturday when they face title rivals and league leaders Fylde.

The Lancashire club moved to the summit of National Two North in Round 22 following a run of just one defeat from their last 13 matches, but they haven’t beaten Hull Ionians for over two years.

After suffering numerous setbacks since the beginning of December, the I’s now have an opportunity to respond at Brantingham Park this weekend.

“We can definitely send out a statement, but we are concentrated on the performance,” Minikin said. “I imagine it is going to be a cracker of a game and I just hope we can come out on the right side of it.

“Fylde are a really good team. We don’t personally like to think about the other team and what they bring in situations like this because, obviously, we have not been playing our best but we all know if we can focus on ourselves, we are a very strong team, especially at home.

“It is about concentrating more on ourselves and if we do that, we know we are good enough to beat any team in the league.

“If we can improve on the areas we have struggled with recently, we are confident we can come away with the win. We are due a good performance because we have been working hard in training so this weekend is no better time to put it in.”

There's some big games coming up ?

All five of Hull’s recent defeats have come on the road but at home, the I’s do seem a different proposition in this division.

They have won their last 25 matches at Brantingham Park in National Two North (a run which stretches back to the 2014/15 season) and with the club aiming for the league title once again this term, Minikin believes their performances in their final nine games have to be spot on.

He added: “I wasn’t actually at Hull Ionians the last time they were in this league, but even in National One, our home form was really good. It just helps with our confidence. Woody [Martyn Wood] always goes on about making winning a habit and I think that shows in our home form.

“The main aim from the last nine games is to get enough points to win the league. We do obviously need to get better away from home and take the confidence we have at home on to the road. Added that, we still want to be strong at home and that starts again on Saturday against Fylde.

“The aim was to always go back up. We had a meeting recently about how we can get ourselves promoted so it is at the front of everyone’s mind going into the rest of the season.”