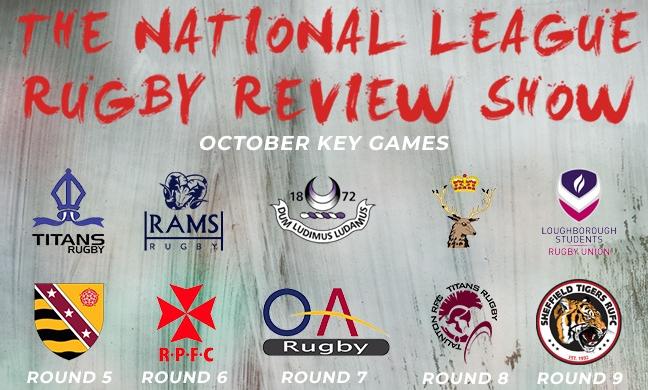 Check out where Warren Muggleton will be heading to in October for The National League Rugby Review Show and what our key games are during the month.

We begin with a huge clash in National Two North when Fylde travel to Rotherham Titans whilst our featured matches focus on Caldy v Darlington Mowden Park and Redruth v Old Albanian.

Our second key game of the month comes in National One and it is a top-of-the-table humdinger as Rams RFC take on Rosslyn Park on October 9th.

Please note, our other featured games for the rest of the month will be announced on our social media channels each week: