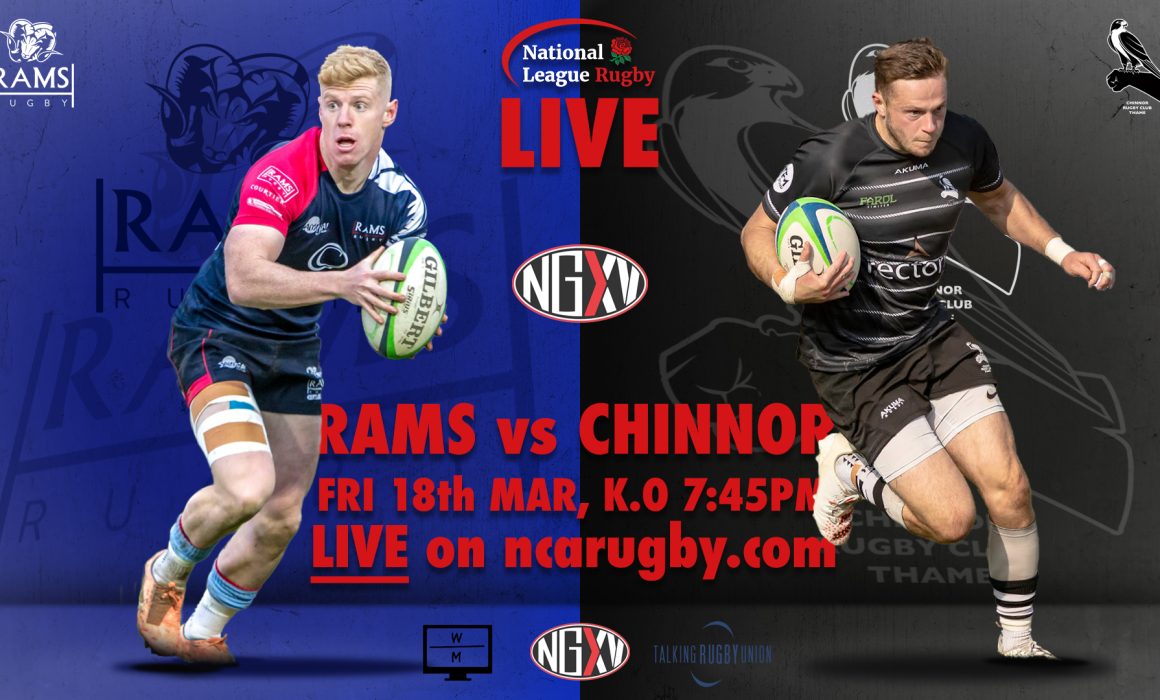 National League Rugby are delighted to announce we will be live streaming Rams RFC against Chinnor on Friday 18th March. Kick-off 7:45pm

We had hoped to live stream this National One derby day fixture before Christmas, but Covid-19 scuppered our plans. However, after positive conversations over the last month or so, we are really pleased to be able to relaunch this idea.

The game will be shown for FREE on National League Rugby’s Twitter and Facebook channels as well as our website. With the match also being broadcast ahead of the final round of the Six Nations, this is the perfect way to kick-start a huge weekend of rugby!

This initiative is once again being powered by NextGenXV, who are experts in the field of live streaming and they currently lead the way when it comes to covering Schools Rugby. Like National League Rugby, they are keen to break new ground and the match will also be shown across their own website and social media platforms.

The support from NextGenXV, Rams RFC – in particular CEO Gary Reynolds – Chinnor and Talking Rugby Union has helped us turn this idea into a reality and we are keen to continue increasing the profile of National League Rugby.

The buzz which has been generated by The National League Rugby Review Show has also accelerated the process of taking our coverage to the next level and with so much still left to play for in National One, we feel it is an ideal time for us to showcase our leagues even further.

Additional details about the coverage will be announced in due course on National League Rugby’s social media channels.