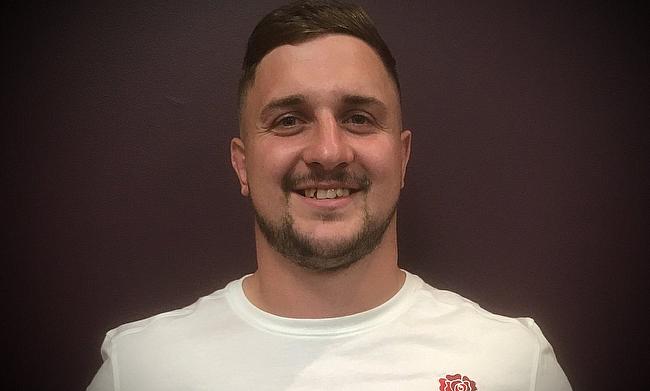 At the beginning of their tour, Danny Maher and the rest of the England Counties squad aimed for a 100 per cent record in Romania.

Following their opening 41-17 victory over CSM Bucharest, England’s unbeaten run continued after a 40-5 win over Romania A and Maher also emerged with a try to his name.

“It was really good to get over the line and that put the icing on the cake because I was looking for the win more.

“It was a tough game. We defended for about 70 or 80 per cent of the first half.

“We could have leaked a couple of tries in the heat, but the lads stuck together and it didn’t matter how much they threw at us, they weren’t getting over the line.

If I say DE you say FENCE……DE #DEFENCE

“A few errors were going their way but all in all, we came out with a really good result because they were a big, physical side.”

The former Fylde man opened the scoring for England Counties before Matt Lane crossed to give the tourists a 12-5 lead at the break.

After a first half display which saw England with their backs against the wall for long periods, Maher was pleased by their second half performance as Counties ran in four more tries through Lane, Rob Conquest, Sam Baker and Lawrence Rayner.

“We realised in the first half that they didn’t really counter attack from our kicks, Maher added.

“They were just booting us the ball back so we started using our exit plays a little bit better and the return from them wasn’t as good and we started building from that.

“They continued to batter away and realised that we could continue to hold firm so that took the wind out of their sails. We zapped everything out of them.”

It has certainly been a season to remember for Maher. Having scored 21 tries for Sedgley Park in National Two North – which helped the Manchester-based side finish in second place – he was named in the England Counties set-up and he is continuing to make an impression.

He added: “It has been massive. I couldn’t believe it when I was called up.

“I was at Fylde and left there because I couldn’t get into the team and then moved to Blackburn and played at level six.

“I have gone from playing there to starting every week in National Two and getting invited on to an England Counties tour to Romania. It is all just spiralled really quick. I haven’t been able to catch my breath, but I loved every minute of it.”

England Counties face Romania A in the second Test on Friday and Maher has admitted that the togetherness and atmosphere in the squad has contributed to their performances so far.

“The lads have come together really quickly,” he added. “We are quite a close-knit group. There are no cliques. Everyone is looking out for each other.

“Our aim is to stay unbeaten. It is the same story as it was when we started. England Counties didn’t lose a game last series and that was the aim as soon as we got here. It is building nicely.

“A good performance in the first game was backed up by a better display on Tuesday so now we have a quick turnaround to try and complete the job on Friday.”