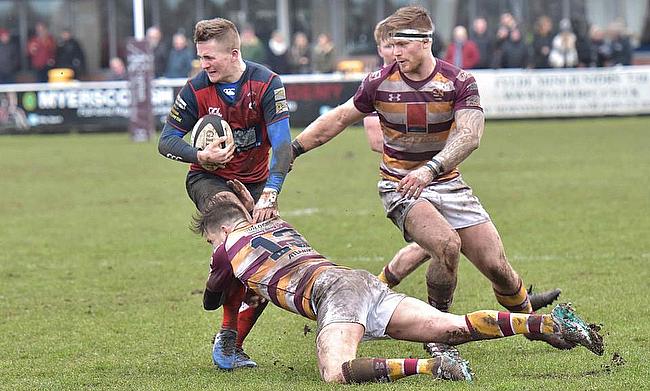 England Counties have named their squad to face Georgia in a two match tour, which begins next week. (Photo Credit: Chris Farrow)

The tour will see England play on June 7th and 11th and the squad named by team manager Dan Cook is filled with National League experience.

National One runners-up Old Elthamians are represented by Nathan Morris and Kieron Moffat, who will be making their first Counties appearances while James Tincknell, Joe Makin and Lewis Minikin have been included from National Two North champions, Hull Ionians.

England had a very successful tour of Romania last year and Cook told the England Rugby website: “The England Counties team is the pinnacle of representative rugby in the community game and I believe that we have selected the strongest team we can for this massive challenge in Georgia.

“Passion and pride shines through when the Georgians play rugby and we need a squad that will not only match this but have the capabilities to overcome Georgia in their own back yard.”

Working alongside Cook will be Blackheath’s James Shanahan, in his final year as head coach of the Counties, as well assistant coach Chris Wilkins – who is joining Esher for the 2019/20 season and assistant manager Steve Johnson.

England Counties is a crucial team of the community game in England and offers players from National One and below the opportunity to represent their country.