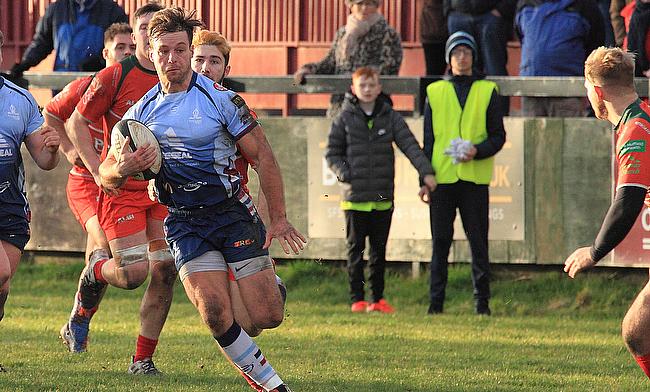 Rotherham may not have played a fixture for 13 months, but the efforts of Jamie Cooke and the Titans Community Foundation has been inspiring. Photo Credit: Gareth Siddons

Just over 12 months ago, Rotherham Titans’ destiny was sealed. After scrapping to stay in the third tier of English rugby, the South Yorkshire outfit had their fate confirmed as the Covid-19 pandemic ended their quest for safety.

The RFU’s ‘best playing record formula’ condemned the club to a second relegation in three seasons, but life in National Two North hasn’t even begun for Rotherham.

The financial pressures caused by the coronavirus restrictions also led to the Titans deciding not to take part in any form of rugby during the 2020/21 campaign, which in the end has sadly rung true for all 48 National League teams.

But despite Rotherham having to put the pieces back together after a tumultuous year, the unity and dedication to help their local community never wavered even when the world seemed to be against them.

Whilst clubs across the land begin to get back to their vibrant selves, Rotherham have continued to inspire away from the pitch, and versatile back Jamie Cooke has led the way for the Titans Community Foundation.

Cooke is the brains behind a new app which will hopefully improve the health and fitness of kids in the local area after he was left shocked by the lack of physical activity children were getting when he was visiting schools.

“I have been working for the Titans Community Foundation all around Rotherham schools and we are trying to encourage introductions into rugby through things like physical activity and healthy eating days,” Cooke tells ncarugby.com

“Just from speaking to hundreds of kids, it became quite clear that a lot of them eat high-calorie food, processed foods and a lot of them get a lack of physical activity. We get to some of these schools once a week and they aren’t really getting any other activity outside of that.

“This is still a problem and a common trend from when I was at school. I thought it was probably about time we could maybe do something about it. I mentioned an idea to Lindsay [Jones] – who is a Titans Community Foundation trustee – about how we can create a platform or an app where kids can actually track all of their healthier eating choices and get their advised physical activity every day.”

Both Cooke and Jones – who have worked together for four years – didn’t know where to begin with the idea but quickly instilled the help of broadband provider CityFibre. They asked whether there was a joint project which they could fund and that led Rotherham to the charity Work-wise, who focus on STEM developments in schools.

Cooke’s lightbulb moment suddenly became a reality once AND Digital also got on board: “The really good thing about this app is that we are really fortunate enough to link up with CityFibre, work-wise and AND Digital,” he adds.

“Work-wise ran a big school’s competition in March for children to create the app for us! To get the sponsorship for the app, the agreement was to hand it over to the kids who were actually using it so you are trying to find out what their views would be.

“They are going to be the market so we kind of got the ideal market research! I have got all my ideas, but kids are not necessarily going to come across the app and use my app! It is about what they want so I think that is one big factor. We left it over to the school’s competition and they got into various teams across their year groups.

Proud to be part of the team engaging schoolchildren in health and fitness through tech! After 3 months working with schools on their health app designs, our panel chose @AcademyAston's submission as our competition winner. We'll now be working to bring their concept to life. pic.twitter.com/kKK43np1CR

“We were doing check-ins with them every Monday for about two months and we managed to come away with a winning team which will go into a winning design.”

Five schools competed and were judged at a Virtual ‘Get Up To Speed’  with STEM event. Cooke and his team now have a winner in Aston Academy and their app will be developed and rolled out into schools.

Cooke hopes the app will be fully up and running by September, and in a way, this initiative is another excellent string to the bow for the Rotherham Titans Community Foundation.

“I have always wanted to help people and I thought healthy eating and physical activity for kids is an area which really needs it. Children will hopefully be able to make better choices with the app.

“As soon as the rugby season had been written off in September and then November when it got canned again, we were still working throughout with all of these kids whether it was encouraging them to get into rugby or just physical activity.

“Where we could, we were still giving out flyers and keeping people engaged with rugby whenever they can. We see these kids develop and you can see their natural talent there, but before we’d come in, they’d never actually touched a rugby ball and some maybe didn’t know what rugby was so that is really rewarding for us as well.”

The club’s link with Thomas Rotherham College through their Rugby Academy is also providing a stepping stone for aspiring players to study and represent the Titans, but it continues to create opportunities to grow the game in the local community.

Rotherham would have loved to increase the club’s presence in the area by playing in the National Leagues over the past 12 months, but there is now seemingly light at the end of the tunnel with teams returning to training and planning pre-season preparations.

“The sooner we get the people back to training and playing the more relief there will be in a lot of households."

For the Titans, they will ease their way back into training in June as they gear themselves up for the 2021/22 National Two North campaign and Cooke is excited by the ‘behind the scenes’ work which the club have been able to do.

“We are going to do voluntary sessions for the first three weeks of June and then we are into it at the end of June/July for a full pre-season ready for September.

“We are building a pretty good squad in the background and I think we will see quite a few players coming in from some really good clubs. The main focus for us is to try and build a squad that is built up of local lads who are going to stick around for years.

“I have been playing at Roth since the Championship days and I think I am the only one still here who was probably part of the squad four years ago so it is almost like a brand-new team every single year.

“I think that is one of the reasons why we have struggled because, as simple as it sounds, teams take time to gel so we have got a few younger lads and some experience coming in so I think that mix might be able to help going forward and hopefully get the club back in the right direction and back where we feel we belong.”