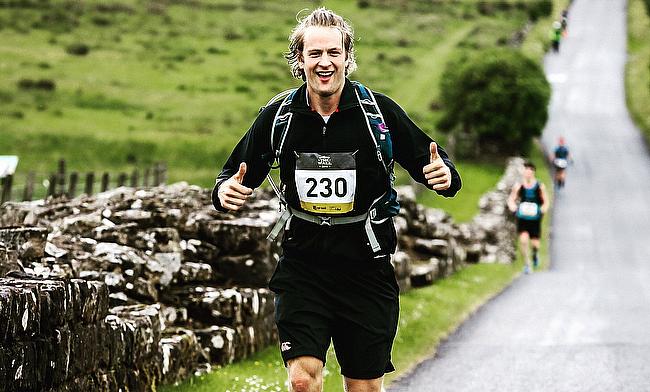 The social aspect of rugby is what many people love about our sport and for James Gwinnett, he was no different.

The Saturday afternoon routine and captaining Tunbridge Wells was something he cherished, but after suffering a broken neck whilst playing in 2013, Gwinnett’s life started to spiral.

Having openly discussed the problems he faced with alcohol following his injury, Gwinnett has since thrown himself into numerous endurance challenges which he describes as a ‘healthy obsession’.

“It all started with the London Marathon in 2017,” Gwinnett tells TRU. “After I broke my neck, I spent three years feeling very sorry for myself and drinking myself silly. I was missing rugby in my life. There is a certain sort of respect and identity which comes with rugby. I lost all of that in a blink of an eye.

“That exercise, that discipline and that routine was missing and I was sat watching the London Marathon in 2016 and I had this light bulb moment. I had been sober for a few weeks by this point and it hit me that I needed this to maintain my focus.”

Running 69 miles in a day from Carlisle to Newcastle, as well as participating in further marathons across three different continents, is a stark contrast to the difficult period Gwinnett endured.

An interview he did for The Independent last year revealed how Gwinnett’s life was starting to unravel, but it also highlighted how determined he was to turn things around.

Following the injury, Gwinnett was told he would never play rugby again and he also spent three months off work, which was when his drinking started to deteriorate.

“I had always been a big drinker, but always in a social capacity,” Gwinnett says. “When I was at home for the three months, I was bored out of my mind and not having the ability to understand the way my mindset was changing from positive to negative was tough.

“I used alcohol to mask that depression and it happened in a spiral. The first couple of days, it was an innocent cold beer from the fridge to treat myself but a week later, it was three or four, two weeks later, it was five or six and three months later, it was the best part of a bottle of gin each day. You don’t realise it is happening.”

Gwinnett has been sober for four years, but at the time, he admits he ‘couldn’t switch off the drinking.’

“I got very frustrated and the important element was that I did not have a coping mechanism,” Gwinnett adds. “Now being in isolation due to coronavirus, I understand that I need to keep my mindset positive, break the day into chunks and do certain things to give myself that routine.

“At the time, my daily routine existed of me watching repeats of ‘Friends’ and ‘Top Gear’ on Dave and there are only so many episodes you can watch before you go nuts.” 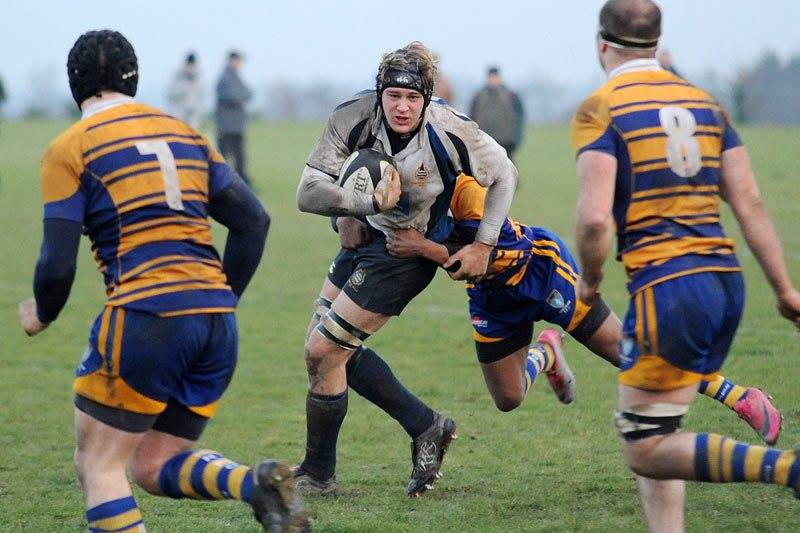 Before his serious injury, Gwinnett was enjoying his rugby. Following a very successful spell representing Durham University, he skippered Tunbridge Wells. The former second-row also crossed the ‘local rival divide’ to join then National Three outfit Tonbridge Juddians in order to challenge himself at a higher level.

Rugby was a major part of his life, but it came to a devastating halt when he broke his neck whilst playing for TJs against Barnes and that setback was a trigger for his problems.

“My drinking had always been verging on problematic in the years running up to those three months off,” he says. “The majority of people will have a number of drinks and they will get to a stage where they will think they need to stop because they have had too many. I don’t have that. I get to that stage and think this is absolutely awesome. I might have had 10 pints but I wanted to have 10 more so I did.

“I didn’t have that ability to control or cap my drinking and it got me into too many problems following those three months off work. It might be something simple like missing the last train home and having to sleep outside the station or it might be cracking my head open and having to be rushed to hospital after almost bleeding out on my parents’ front garden.

“The number of hours I have lost through my life because of blackout is beyond scary as are the number of these situations which could have been a lot worse than they were.”

Gwinnett knows his drinking wasn’t just causing problems for himself, but it was also putting a strain on his relationship with family and friends.

He recalls an incident when he was with his ex-girlfriend which began with a few beers after work and ended with Gwinnett drinking a bottle of Jack Daniels. “My girlfriend came home, realised I was hammered and we had a raging argument,” he says. “I stormed out, checked into a hotel and drank the bottle. That’s an obscene about of alcohol to have in one sitting, but the next morning, it was a serious wake up call.”

Since that moment, Gwinnett hasn’t touched a drop of alcohol. As we speak on the phone, he is in a vibrant mood and his current hunger for long-distance running stems from the difficult times he has faced.

“My addictive personality then came to the fore because I did become addicted to being sober,” he says. “I immersed myself in every possible means of maintaining sober whether that was through AA meetings, seminars, counselling to reading about the subject. The exercise idea then came to me and I realised that it could be my thing.”

Episode 5 lands in 2 hours on @Channel4, whittling down the final few…#SASWhoDaresWins pic.twitter.com/YPx5NNXhL2

Gwinnett is keen to push himself to the limits when it comes to fitness and one of the more notable and recent challenges he has undertaken was appearing on Channel 4’s hit TV show SAS: Who Dares Wins.

The marketing and communications consultant featured on the programme last year, which sees ex-special forces soldiers putting recruits through a recreation of the SAS process.

Despite Gwinnett being told he could never play rugby again, he remarkably reached the last eight in the final of the show and admits it is an experience he would relive again in a heartbeat.

“I was watching season four and I had always thought it would be good to do something like that!” he says.

“I had never previously had the motivation, but watching whilst sober and being on that training regime, I thought ‘why the hell not?!’

“That was in January 2018 and six months later, after countless trials and tests, I got an email saying ‘Meet us at Heathrow in two weeks’ time!’ That was it! I went to Heathrow to be told we were off to Chile! It was all part of the element of surprise and having to deal with the situation.

“Spending 12 weeks, 3,500 metres up the Andes, flying around in helicopters, jumping off bridges, swimming in frozen lakes and making some life-long friends in the process, is a money can’t buy experience that I will never forgot. I would do it again tomorrow!”

These days, there is no stopping Gwinnett taking up challenges. His recent 250km ultra-marathon through Sri Lanka was postponed due to the Covid-19 outbreak, but that didn’t deter him from completing the distance by running around London to raise money for the Mental Health Foundation.

He has plans to take part in an ultra-marathon in Mexico later in the year and alongside his endurance sport, Gwinnett is also continuing his fantastic work with the Wooden Spoon charity, who he originally ran the London Marathon for three years ago.

The sky seems to be the limit for Gwinnett when it comes to his challenges and his obsession with running is a ‘healthy addiction’ which has guided him through one of the most difficult periods in his life.

“Because of where I have come from and being told you can never play rugby again, I am very conscious of how fragile the human body can be.

“The simplicity of what happened to me is an eye-opener, but at the other end of the spectrum, the body is capable of incredible things if pushed. I am very interested in learning my limits and I have done that since my first marathon. It takes a certain mindset to put one foot in front of the other and to keep going and that transitions into all parts of life. That mindset of just keeping going has been so important to me and it is still so important today.”