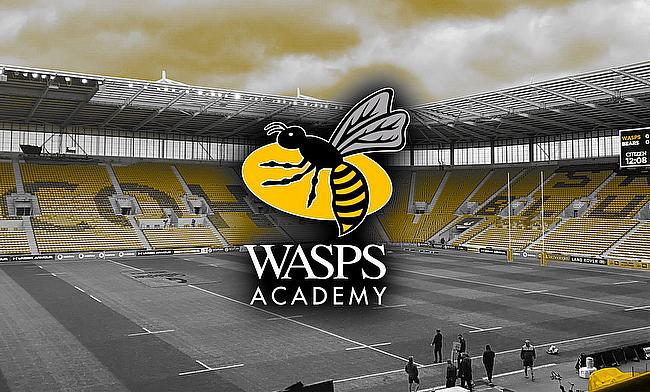 Talking Rugby Union and ncarugby.com’s Joe Harvey heard from the Wasps Academy after a number of recent graduates with National League experience have propelled the club to the showpiece event at Twickenham.

If you go through the archives at Wasps, it is a club packed with history.

They have six top-flight titles to their name as well as two Tetley’s Bitter Cups, a Powergen Cup, a Challenge Cup and two Heineken Champions Cups, but each time they have lifted silverware, their squads have had a distinct homegrown look about them.

The likes of Lawrence Dallaglio, Joe Worsley, Mike Friday, Danny Cipriani and James Haskell have all won trophies with the club as local lads, each having graduated from the academy or colts side.

They are just a few of the names who have formed the spine of the Wasps teams that have gone on to win those aforementioned titles and there were often more English faces in the club’s matchday squad compared to many of their rivals who were recruiting foreign stars.

Current club captain Joe Launchbury is another graduate of the academy, joining the set-up as a 19-year-old having previously played for Worthing in the National Leagues. His academy class also contained Christian Wade and Sam Jones who would go on to represent the club on numerous occasions, with the former leaving Wasps for the NFL as Premiership Rugby’s third highest try scorer at the age of 27.

Having been established in London and the Greater London area for 147 years, the club endured a somewhat nomadic existence, playing their first team games at various venues including Loftus Road and Adams Park.

After partnering with Wycombe Wanderers towards the end of the last decade to try and build a more permanent home for the club, it was after those proposals fell through that Wasps would face more difficulties down the road.

The club accrued a significant debt and left London behind to set up shop in Coventry at the Ricoh Arena. It was a huge change for Wasps because of their strong links to teams in the lower leagues.

In years gone by, Wasps and their academy staff had sent the likes of Christian Wade to Chinnor and Joe Launchbury to Rosslyn Park in order to aid their development.

It is a pathway tried and tested across the country, with many of England’s star players having done the hard yards below the Premiership before progressing in the game.

From my first game to my last and everything else in between, it’s been an amazing ride. Thanks to all those who made it possible and the countless number who supported me along the way. Here’s to whatever comes next 🍻

Due to them relocating to the West Midlands, Wasps had to restructure their academy system and move it to an area that had not had a club consistently in the top-flight.

However, they were able to establish an AASE programme based at the City of Oxford College with players such as Jack Willis becoming one of the first stars to emerge for Wasps since their move.

Since the restart, we have seen a number of academy players start to establish themselves in Lee Blackett’s side. Making the headlines last month was was young hooker Alfie Barbeary who stole the show against Leicester Tigers and the versatile forward is part of the new group of players coming to the fore.

“I have been at the club for 13 years now and I saw the fulcrum of the club being Launchbury, (Sam) Jones, Wade, (Elliot) Daly and (Joe) Simpson,” Kevin Harman, Head of Academy and Recruitment for Wasps Rugby, said.

“They were the five lads that came through the academy, as such, at Wasps and that was central to our success over a number of years. When we went back up on top of the league and nearly won the Premiership, those five were crucial to that.

“What’s more exciting now is that it is not five, it is 10, 12 of them now that are academy players that are going to come through and represent Wasps and further afield. I am really, really excited about it at the moment.

“That hasn’t come overnight. That’s four years of hard work and effort from the academy staff that has now come to fruition. It has taken years to get the likes of Barbeary, (Gabriel) Oghre, (Sam) Spink, (Charlie) Atkinson, (Will) Simonds, (Kieran) Curran. As I say, there is about 10 or 12 of them now that are either in the first team or in touching distance.”

Harman has been one of those at the fore of the academy’s restructuring that came with the club’s move. There are plenty of teams playing a good standard of rugby in the Coventry area and in recent years, Wasps have provided players to sides across the Midlands, embedding themselves within their new community.

Newly promoted to National Two North, Bournville have taken on four senior academy players from Wasps. Robin Hardwick, Dan Eckersley, Toby Baldwin and Nick Jacobsen will undertake some of their development in Birmingham, if the league season starts when it is scheduled to in January.

They will be joining AASE coach, Mitch McGahan, at Avery Fields, as the club hopes to establish itself in the third division. Two more players (Zac Nearchou & Jude Williams) have joined Cambridge RUFC for a season, whilst the uncertainty of the calendar below the Premiership makes it more difficult to know where to put players this year.

“We have got good relationships with Cambridge, Henley, Leicester Lions and a few of our boys at university are playing at Loughborough,” Harman said. “I think you just need a variety of clubs available to you.

“The Championship clubs are Hartpury, Nottingham and Ampthill. There is some really good clubs out there, with some really good members of staff that are happy to work with our players and our players have to go in there and work really hard to earn a place and become part of the fabric of their club as well.

“Kieran Curran went to the Championship last year at Hartpury. They really looked after him. He didn’t start lots of games, but going down there for a six week period was invaluable to him and we have reaped the benefits of that in this period. He came off the bench and played very well against Saracens and he has been training with the first team and gone really well.

“We have got a very close relationship with Nottingham through Ian Costello and Neil Fowkes, who is now the first team scrum coach here as well as being the head coach at Nottingham. Tracy Russell is ex-medical there and she is my head of medical at the academy, so we have some really strong links there.

“Will Simonds went there last year and played a few games for them and really stepped up and his development went through the roof and he has been training with the first team during this period as well.”

Another recent success story of Harman’s is that of Jacob Umaga. At one stage, he was with the Leicester Tigers academy so Coventry was actually closer to home for the fly-half and he also spent spells of his development at Hinckley, Yorkshire Carnegie and even with Auckland before establishing himself in the 10 jersey.

Time spent in the lower leagues is a prominent factor seen across the English players in the Wasps squad. Head Coach Lee Blackett spent time with Fylde as a player and Kieran Brookes also represented the north-west club. Will Rowlands had a year on dual-registration with Championship side Jersey and Dan Robson with Birmingham Moseley, but these are just a handful of  examples.

“I think it (dual-registration) is huge for the development of English rugby, of Premiership Rugby and it can only help semi-pro and Championship clubs develop,” Harman explains. “If they can help develop our players and we can help them, then I see it as a match made in heaven.

“It gives our players opportunities in a pressurised environment that they wouldn’t get normally. There is obviously pitfalls to everything and you don’t want a junior club to have 15 loan players in their team, but that is for the RFU to work out, but the numbers that they have currently got going on, I think it is quite reasonable.”

Due to the Premiership’s hectic schedule from mid-August to now, all clubs were asked to call on their senior academy players to supplement squads.

Good to be back

Alfie Barbeary and Charlie Atkinson have been the youngest players utilised by Blackett over the past four months and Harman has been impressed by the application of the club surrounding their academy stars.

“Matt Everard is the transition coach and he works with the academy coaches on a daily basis. We are all just really well aligned, which is brilliant for us, and in particular the players, because it will give them more opportunities at the right time.

“I think there is somewhere between nine and 12 of them that will go out (on dual-registration) on a regular basis. Zac Nearchou, a young prop, Robin Hardwick, another prop, those boys have gone really well. I don’t want to pick too many because they’re like my extended family.

“You get very close to the lot of them, but they have all got opportunities, but it is up to them to take them. As we say to them; it is their opportunity for their development and we are here to guide and support them and I hope they all make it.

“I think what we have been doing over the last four years has given every academy player an opportunity to succeed and become a Premiership player.”