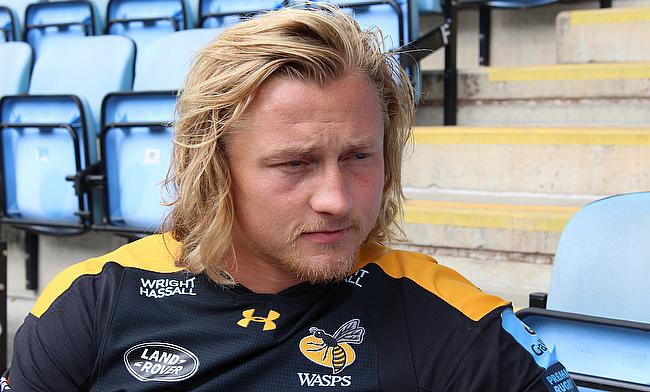 Wasps and England forward Tommy Taylor spoke exclusively to ncarugby.com about the role the National Leagues played in his journey to the Gallagher Premiership.

“You probably get used to a few setbacks when you are a bit younger and it probably toughens you up a bit,” said  Tommy Taylor when asked about his time in the National Leagues.

“You realise that it’s not the end of the world when you don’t get picked. It’s one of those things.

Congratulations to former Macc youngster @Tommy2Taylor on his England call up! We caught up with him recently – https://t.co/X78OF7DfWp

Taylor began his rugby journey with Macclesfield RUFC at U6 level and went on to play for the first team. Since then, the hooker has gone on to represent Sale Sharks as well as England, but now he is at Wasps, he believes the National Leagues played a major part in his development.

I had a lot of great experiences for Macc in that junior level and Crusey (Tom Cruse) will say the same when he was at Stockport,” the 26-year-old said glowingly about the club that he joined some 20 years ago.

“That experience helps you, especially when you come to a Premiership side where it is tough and attritional every week and that is what you learn in the National Leagues.”

Having had a torrid time with injury for the last year, Taylor was forced to watch most of the 2017/18 season from afar.

“You are on your own quite a lot and it is quite hard seeing the lads playing,” he said. “It’s refreshing coming back in and you probably have a bit of a new lease of life.”

Taylor is more than aware that his time on the sidelines means that his place in the Wasps first XV is far from secure and he is willing to bide his time, with his main priorities being on his club rugby.

? TEAM NEWS: Director of rugby Dai Young names his side to face @WorcsWarriors in the first @GallagherUK_ @PremRugby match at Sixways on Saturday.

Taylor, who was amongst the replacements for Wasps’ opening Gallagher Premiership game last weekend, added: “I just want to help the squad as much as I can, whether that is playing 20, 60 or 80 minutes. It is just about getting my body used to it again and kicking on.”

Only playing six games last season, the hooker is realistic about his standing in the Wasps squad. Former Cheshire county teammate Cruse has filled in for Taylor in impressive fashion earning much praise, especially from the man he replaced.

“Crusey had a fantastic year last year and he will go well again this year,” added Taylor. “We push each other in training and we work well together, but the main thing is it is the team before the individuals.”

The former Macclesfield man believes that Wasps are in a good position this season to push on and finally get a title after two years of disappointment.

Two seasons ago, they lost out to Exeter at the Premiership’s finale and last year, the club fell to Saracens in the semi-finals.

However, Dai Young’s side did get this season off to a positive start with a hard-fought win away at Worcester and Taylor is keen for Wasps to show some progression this term.

He added: “You look at teams who are constantly finishing in the top four and get to finals, they learn from that and take the next step the season after. We didn’t do that last year, but hopefully we can take that this year.”