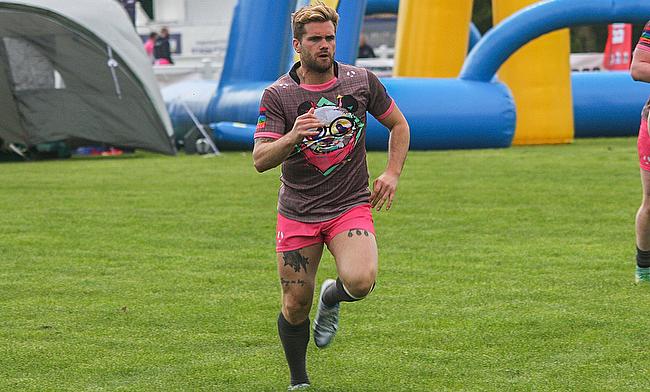 Sandbach full-back Ben Elliot has revealed last year’s disappointment can be used as a catalyst for this season.

Elliot, who is entering his eighth year with the Cheshire club, is hoping Sandbach can kick on from a seventh placed finish last term.

Their performance in 2017/18 was their best league finish since they were promoted to Midlands Premier in 2012, but Elliot insists they can really challenge for the top places in this campaign.

“At the end of the season, we were actually disappointed to finish seventh,” Elliot told ncarugby.com

“We had some really strong runs. We went eight games unbeaten at one point and we were really involved with the top four and challenging.

“We were the only team who beat Birmingham and Solihull both home and away. That was pleasing because they ran away with the league.

“However, it petered out into a bit of a disappointing season. It has given us that real drive this year.”

Outstanding shift from the @SandbachRUFC lads. Doing the double over deserved champions of the league Birmingham and Solihull. #EveryWeekPlease

Sandbach recruited Sale Rob Webber as a coach last season and his planning, alongside assistants Andy Bird and Scotland international Byron McGuigan, is something Elliot spoke highly about.

The club have been in pre-season for nearly four weeks ahead of the new campaign and Elliot admits there is a ‘professional’ feeling about Sandbach heading into the upcoming season.

“There is a real buzz at the club at the moment. He [Rob] wants to drive the club to as high as it can be.

“The boys are working well and he is trying to develop the players and the whole squad. As a club, we have maybe been a little bit guilty of making a split between 1st XV and 2nd XV, but now we are really getting that one squad focus back together to make sure the boys can step up.

“At the end of last season, he and Andy created individual development plans for each player. We were sent that out and we work on those before training for half an hour and that has given us real focus.

“The boys have taken that on board. Compared to other years, there is a more professional feel to everything even though we are amateur. We are really taking responsibility for our own development.”

Great to coach such a good bunch of lads to an incredible victory ??so much character @SandbachRUFC @robwebber2 https://t.co/3YnriOa7S0

Last season, Birmingham and Solihull won Midlands Premier by 11 points ahead of Peterborough Lions with Sandbach finishing 29 points behind the top two.

They begin the 2018/19 season at home to newly promoted Burton on September 1st and Elliot is hoping Sandbach can be closer to the promotion places this term.

He added: “Our initial thoughts from our first pre-season meeting is that we are good enough and we want to be a top two club in this league.

“We believe that we have got the squad and the players to push on and get into National Two so that is certainly the goals the club has in the next couple of years because we believe the players in our team can play and are capable of doing so in the fourth tier.”