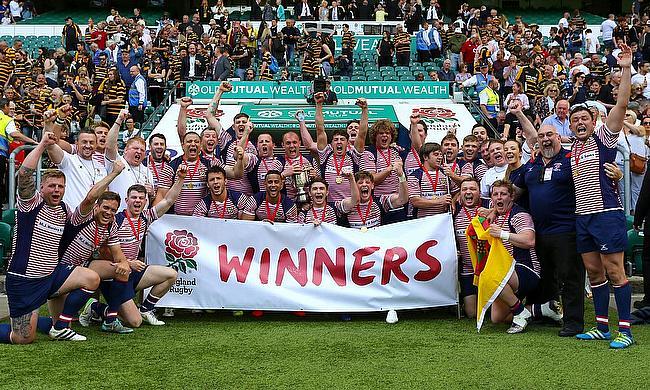 Twenty-six representatives from the National 1 and the National 2 North have been selected for Lancashire’s senior men’s squad.

Fylde, who sit at the bottom of National 1, have had eight players selected for Lancashire’s games in the Bill Beaumont Senior Men’s County Championship that will take part at Northumberland’s Percy Park on the 5th of May, 12th of May and concluding on the 19th of May.

National 2 North table toppers Sale FC will be represented in county colours by 12 of their players in the upcoming fixtures. Week eight player of the week Chris Johnson is included in the squad, as well as week 16’s player of the week Anthony Bingham.  The centre and wing will be hoping to offer the same attacking threat for their county that they have offered their club this season.

Sale’s players will be joined by representatives of their closest rivals in National 2 North, Sedgley Park. Sedgley have had six players selected by Lancashire for the upcoming fixtures.

Only one point adrift of Sale FC in the league, Sedgley’s contingent includes the impressive Manchester Metropolitan University student Hallam Chapman. Chapman is joined by team-mate Callum McShane who so competently maintains tempo from scrum-half for the Whitfield side

Lancashire’s coaches will hope that the Sedgley players can bring the attacking prowess that has seen the side pick up 23 try bonus points. This is also the reason why they are still in with a good chance of toppling Sale from the top of the table in the remaining fixtures of the season.

Congratulations to the 8 @RugbyHoppers players selected for the Lancashire squad for the upcoming County Championships. https://t.co/nHnJ8VCDhc

Rossendale, also in North Premier, have had Lewis Allen and Reece Tomlinson selected. Former Sedgley player Ben Dorrington, the goal kicking flanker, is one of two representatives from Vale of Lune. Finally, Scott Armstrong completes the squad. The Kirkby Lonsdale back is the only representative from his club.