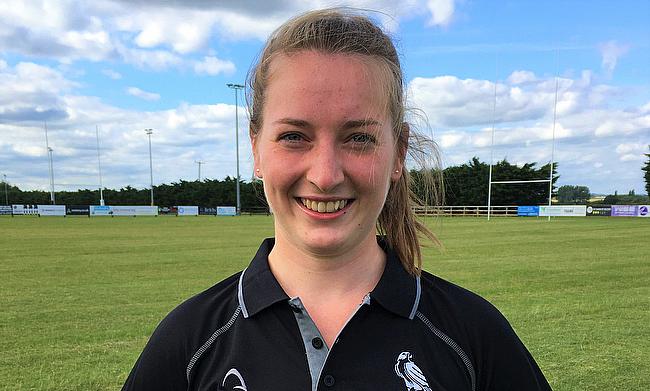 Chinnor have become the latest National League side to introduce a women’s team to their club and new head coach Fran Ronan chatted to ncarugby.com about a fresh era for the Oxfordshire outfit. Photo Credit: Chinnor RFC

Right at the very top of the women’s game, progress is clearly being made.

Since the introduction of full-time contracts for England players back in January 2019, the Red Roses have been magnificent, with Simon Middleton’s charges brushing aside all before them in the northern hemisphere.

Two Six Nations titles and a series win against France highlights England’s upward trajectory, but their success has also impacted the growth of the domestic game.

The Premier 15s is seemingly going from strength to strength with Saracens and Harlequins leading by example whilst newcomers Sale Sharks and Exeter Chiefs will certainly add to the buzz surrounding the league in 2020/21.

Excitement around the teams below the Premier 15s competition isn’t as obvious, but at National One club Chinnor, they are looking to change that perception.

The journey starts with the appointment of Fran Ronan as Head Coach. Welcome to Chinnor, Fran! 😀

The rise of the Oxfordshire outfit over the last five years hasn’t gone unnoticed with the Black and Whites going from relegation candidates in National Two South to possible promotion challengers in the third tier and now Chinnor are entering a new dawn.

Former Leicester Tigers and London Irish man Richard Thorpe has taken over the reins at Kingsey Road and the club’s decision to also introduce a brand-new women’s team to run alongside their National One side, is part of their fresh vision.

Chinnor haven’t fielded a senior ladies team for more than a decade, but new head coach Fran Ronan is now tasked with reigniting the women’s section of the club.

She may only be 24-years-old, but Ronan seems to be an ideal choice for Chinnor having experienced head coach roles with Oxford RFC and Oxfordshire Women, respectively. “This is the biggest opportunity I have had and the club are open to everybody’s opinions, their thoughts and their ideas,” Ronan told ncarugby.com

“They wouldn’t see me as this 24-year-old girl who doesn’t know what she is doing, but they are more like ‘you have got really different experiences to me which we can share and make the most of’ which is what rugby should be.

“They want to know what people want so they can make it the best club it can be and I think that is all I have ever really wanted. As far as an opportunity goes to help me develop as a coach as well, it is a really good environment here.”

Ronan’s decision to join Chinnor came about by ‘chance’ rather than the former Northumberland player seeking other opportunities. Having met a friend for coffee a few months ago, she bumped into Director of Rugby Richard Thorpe and the path to Kingsey Road begun from there.

“I wasn’t intending on a change of club or anything,” added Ronan. “I was happy where I was. I went to meet an old friend for coffee and my boyfriend was interested in joining Chinnor too so we went up there for a coffee and saw Richard there.

“He joined us, but just listening to him speak about his visions for the club was actually inspiring. It was an opportunity that I couldn’t walk away from! We spoke about my coaching and I had said I had done my fair share. I have been in the game for over 10 years now so it all happened from that meeting!”

Ronan had to cut short her playing days after suffering a head injury, but having experienced coaching before her setback, she was able to step into that side of the game at Oxford University where she’d be working with World Cup winning coach Gary Street.

"I’d managed my transition out of rugby, however, this came along and it was the perfect opportunity."

A new era is beginning at @ChinnorRFCThame and it is being led by former Premiership winner and Canada international Richard Thorpe.

“My first stint at Oxford Uni doing their development squad was with Gary as well as Ali Mortimer and they are obviously quite established coaches themselves!” said Ronan. “I was quite a novice coming in, but I have always been good with people and leading sport, but I think they showed me that there is a very different aspect of coaching which a lot of people don’t really realise and they were the first ones that gave me the confidence to really put myself out there and really go for it.

“They just said that I have got a different pair of eyes to what they had so I see things differently and that kind of set the ball rolling for me and confidence started from there. I have got it set in my head now that this is really the direction I want to go in. I am going to push it as far as I can.”

At a club like Chinnor, ‘pushing as far as they can’ is something which has become second nature to them in recent times and after finishing fourth in National One in the curtailed 2019/20 campaign, the club will be aiming high once again whenever the new season can get underway.

For Ronan, her focus will solely be on coaching this year having also taken up a post at St Edward’s School and after witnessed what the men’s team have achieved, she is now ready to give it her all to help the women’s side progress at Kingsey Road.

She added: “I don’t think the club have taken for granted where they are now at all. I think this year they are having a shift of where their focus is instead of it being just on the first team.

“To be told we are kind of parallel to that as the women’s team means we are very involved so we have access to some of their coaches, their physios and things like that to actually help us. We are planning to do some double headers when we can actually start playing which will be massive for the club.”

Ronan has also been overwhelmed by the reaction to the early stages of recruitment for the women’s side. Having advertised a ‘behind closed doors’ session for people in the Chinnor area that were already playing the game, the club are now preparing to host an ‘Inner Warrior’ style rugby camp on August 13th.

The response so far has been extremely pleasing for Ronan and now she is keen to not only put women’s rugby in Oxfordshire on the map, but also, she wants Chinnor to fly the flag for the female game at grassroots level.

“I have got a lot of confidence that this is the right club to actually start establishing women’s rugby from. Hopefully we can tie that in with Oxfordshire, but have Chinnor leading the way in what a club should look like. It will be huge for grassroots rugby. With the rising profile of all of the high levels of women’s rugby, it actually allows rugby to recruit itself in a way and we have seen the interest is there.

“It is quite an empowering sport that in the past has not been deemed suitable for women and I know I have had my fair share of family members and friends who didn’t think it was suitable for me to play rugby, but they are seeing how it has changed my life and it has now actually become my life!”

Prospective new players of all abilities are welcome and are encouraged to email Fran on women@chinnor-rfc.com.