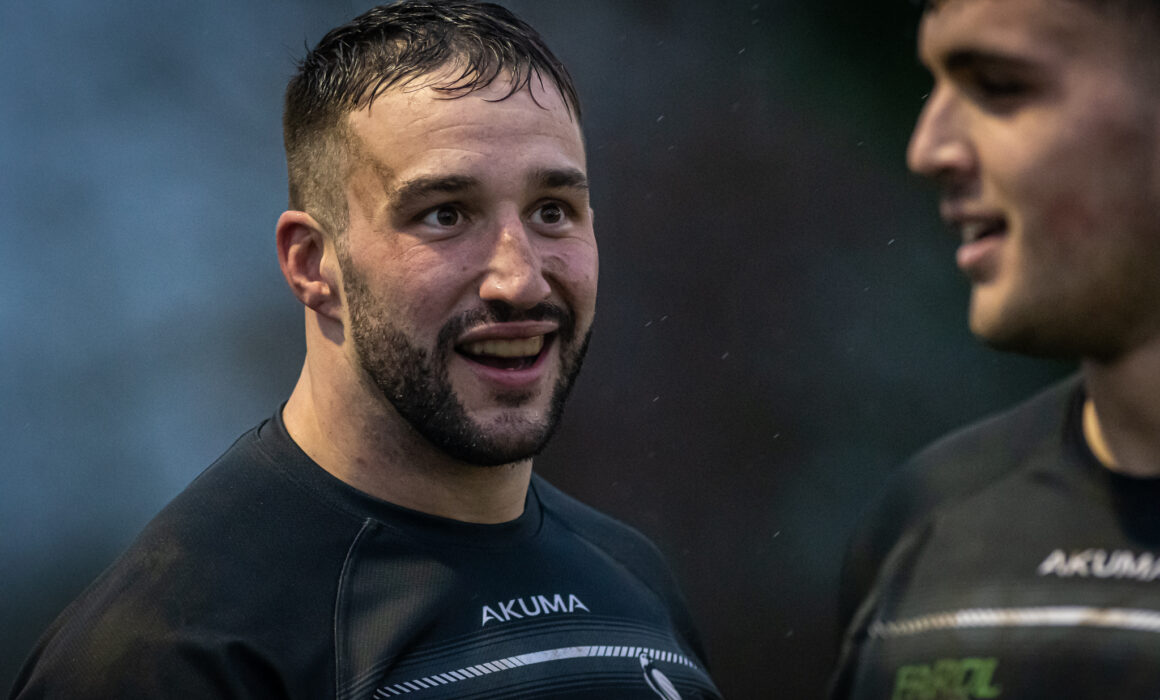 As Monday’s go, Max Clementson’s certainly wasn’t a bad one. In the early afternoon, it was announced that the back-row would be a core player in the new England Sevens setup. (Photo Credit: David Howlett)

Having left Hartpury in the summer for horizons new with Chinnor in National One, Clementson is now preparing for his final game for Richard Thorpe’s team before his time with England begins in early January.

A derby day clash against Rams RFC beneath the Friday night lights at Old Bath Road is perhaps the perfect send-off for a player who will be representing his country in Malaga, Seville, Vancouver, Los Angeles, Singapore, Toulouse and London on the World Rugby Sevens Series next year.

“It has been a bit wild if I am honest,” Clementson told National League Rugby. “I am absolutely over the moon. It probably hasn’t sunk in, to be honest.

“I am absolutely buzzing to get started. It is a fresh programme and a new setup. Some boys have played for England before, but on the whole, it is all new with new coaches and I am just really excited to get going, to be honest.”

Clementson’s talents were identified from a young age, representing London Irish at U18 level, but it was at Hartpury where much of his development was done. Numerous players have thanked the Gloucestershire institution for its part in their progression, and Clementson now follows in the footsteps of Dan Norton in playing full-time sevens.

“I was in the three’s my entire first year at Hartpury,” Clementson said. “I loved my time there. Dan Murphy is a fantastic coach, Sean Lynn – who was head coach when I was there – Chris Fortey, they helped me out tremendously.

“They brought me into the one’s in my second year, I got dropped to the two’s, and then went back to the one’s. My first game for Hartpury (University) was in the three’s and my last was for England Students.”

During his time at university, Clementson lifted two BUCS Super Rugby titles at Twickenham, represented Bristol Bears in the Premiership Rugby Shield and provided opposition at England training sessions, all culminating in an England Students tour to France before representing Hartpury in the Championship.

All the main moments from our @Natleague_rugby fixture with @BSRUGBY

Making his move to Oxfordshire in the summer following Hartpury’s ninth-place finish in the second tier, Clementson is grateful to Chinnor for allowing him to pursue his sevens aspirations.

“Thorpey (Director of Rugby, Richard Thorpe) offered me an opportunity at Chinnor and it has been fantastic,” Clementson said.

“I have loved all my time here. It is a great group of lads, and they are doing some good things at the moment. I got a message the other week inviting me to GB Sevens camp and thankfully Chinnor were fantastic and supported me all the way.

“I came back, trained with them on the weekends, it was fantastic and got an offer from England and I am happy as anything.”

Playing Rams RFC on Friday will be interesting for the flanker on numerous levels. In his youth, Clementson was schooled at The Oratory School in Woodcote, just outside of Reading, and in the summer before joining Hartpury University to carry on his education, he completed a pre-season at Old Bath Road.

Last Saturday, Chinnor (5th) slipped to a 23-19 loss at Kingsey Road at the hands of Bishop’s Stortford. Rams (7th) were also unable to pick up a win, falling 20-3 against a Caldy side that finds themselves fourth in the table.

Clementson registered a 74th minute try to bring the score to within four as the game slipped away from Chinnor, and it was the second loss in a row for the club, who were beaten 28-27 by league leaders Rosslyn Park the weekend before.

“It was frustrating as we had the chance to win it at the end,” he said. “We didn’t quite convert, but the game was lost before that.

“Our set-piece wasn’t good enough and that is going to be a real focus going into this weekend against Rams. Willie (Ryan) said it on Monday night; ‘If you want to win in this league, if you want to progress in this league and do something special, you can’t be losing two games on the bounce, let alone three.’ 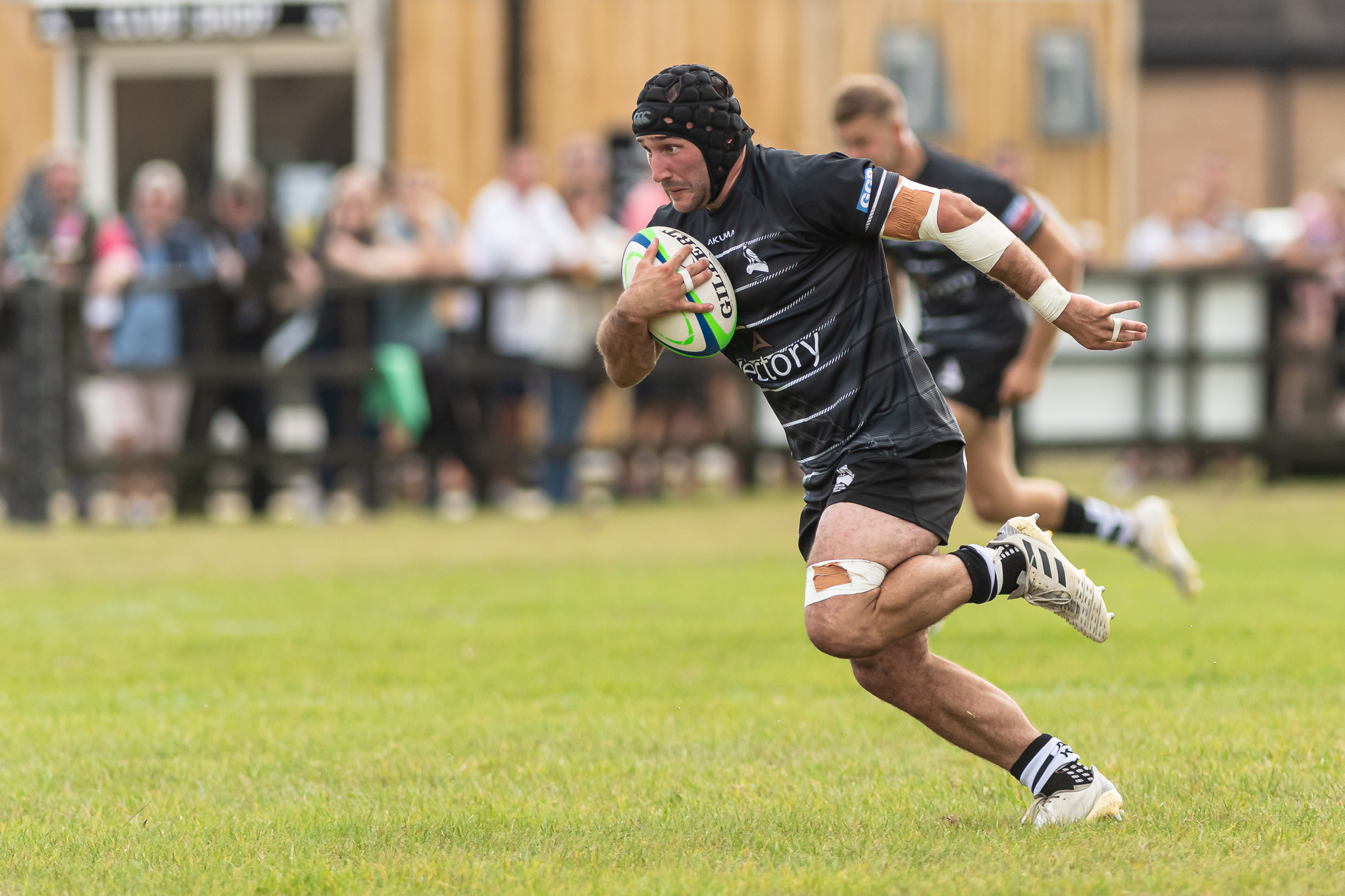 “All our games are so close. We are just coming out on the wrong side of these losses. It just proves we are not far away, and we are real close. As a group we will get there, and hopefully on Friday night we can turn it on and have a big finish before Christmas.”

Moving back home to Berkshire after leaving Gloucestershire in the summer, it is more than likely that Clementson will have a shorter matchday commute than many of his teammates. Plenty of friends and family will be making their way to Old Bath Road to possibly to see the forward play on home soil for the last time until late May.

National League Rugby will be broadcasting the encounter between the two sides, with NextGenXV, Talking Rugby Union and Warren Muggleton Productions all combining to bring the National Leagues to your fingertips for the very first time.

Capping off a big week for Clementson personally too, he is looking forward to hopefully ending his time in black and white on a high.

“I am excited to hopefully go out there and play,” he said. “It is not personal, it is not about me, it is about the team and we need a result for the team.

“We want to go out there and get five points against a very, very strong Rams side. We are coming off the back of two losses that hurt.

“Playing Rosslyn Park away, all credit to them because they are a good side and credit to Bishop’s Stortford for coming away and doing us at our place.

“As a team, we want to go and beat Rams for the team and for the league. I am buzzing, to be honest.”