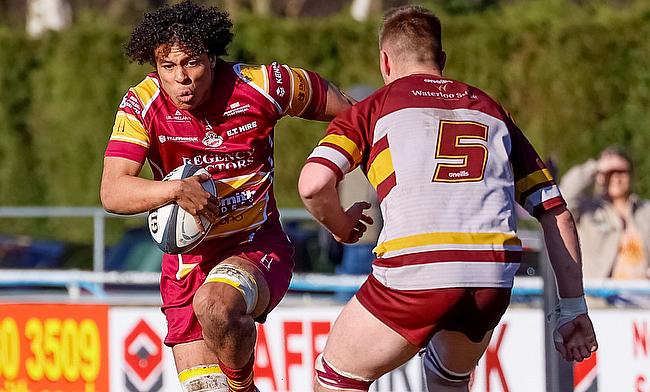 The final standings in an enthralling season will be rubber-stamped this weekend as the 2021/22 campaign draws to a close. (Photo Credit: Gareth Lyons)

Leeds Tykes and Cinderford can have a relaxing afternoon of rugby  – if there is such a thing – when the teams meet in Yorkshire this weekend. Jon Callard and Paul Morris will be reflecting on their respective campaigns once the full-time whistle is blown at The Sycamores, but for the hosts, this Saturday could have been filled with relegation nerves if it wasn’t for their late surge to safety.

After losing to bottom of the table Tonbridge Juddians just under a month ago, the Tykes were seven points adrift but a hat-trick of victories against Plymouth Albion, Darlington Mowden Park and Taunton Titans has kept them in National One. Callard was true to his word as Leeds fought to the very end and now they will be keen to taste victory one more time before heading to the beach.

Watch the action back from Round 30 on The National League Rugby Review Show 👉 https://t.co/kb1obfXG9B

For Cinderford, their season can be split into thirds. Their brilliance at the beginning of the term saw them collect nine wins from their first 10 matches – including a victory over champions Caldy – but either side of Christmas is where their possible promotion ambitions began to fizzle out. Six defeats from seven saw them fall away from the frontrunners, but the Foresters head into their final fixture having lost just twice since the end of January.

Fifth place is secure – their best-ever finish in the third tier – and they will be looking to give the Dockham Road crowd something to cheer about for one last time in 2021/22.

Sedgley Park’s quest for their highest National Two North finish since they reached the play-off in 2017/18 can be achieved against Bournville. Scott Barrow’s side require just a win to better their points total from four years ago and in fact, it would be their best return at this level since they were relegated from National One in 2013.

The Tigers may look at the table and think ‘what might have been’ if they had got the better of title-winners Hull on just one occasion, but they have shown once again that they are one of the strongest outfits in this division.

As for Bournville, they were a newly-promoted side coming into this season and for a maiden campaign in National Two North, finishing above the bottom three gives Mitch McGahan’s side something to work with in 2022/23. Their flurry of entertaining performances – including against Rotherham Titans, Hull Ionians and Fylde – have certainly caught the eye so they will want to conclude the year by putting on one final show for their home supporters.

Here is this week's Player of the Week from the Round 30 fixtures in National 2 North:@SheffTigersRUFC's Rob Davidson #Nat2N pic.twitter.com/lYDhBWX4Dt

Rotherham Titans have continued on a steady path since Adam Byron took over the reins back in November, and it looks as though the men from Clifton Lane are destined to end the season in the bronze medal position. They can still sneak into the runners-up spot if Sedge return to the North-West empty-handed and the Titans pick up a maximum in their meeting with Sheffield Tigers but on paper, it looks like they will sign off from the campaign in third spot.

In terms of their opposition for this all-Yorkshire affair, Jamie Broadley’s side will definitely finish ninth – their highest placing since they earnt promotion to Level Four in 2016 – with the player/coach and fly-half Mark Ireland helping them achieve that feat. Thirteen wins from their 29 games does represent a mid-table slot for the Tigers who will also have a local derby against Sheffield to look forward to in 2022/23 after their city rivals finished second in Midlands Premier.

It might be fair to suggest Leicester Lions don’t want this season to end and it wouldn’t be surprising if head coach Gareth Collins admitted that following a superb conclusion to the campaign. Whilst some clubs may wither at this time of year, the Lions have stitched together a run of seven successive victories which has seen them cement fifth place.

Well deserved Will Helliwell after 4 tries in the last two games! 👏 🦁 💜 https://t.co/vf6jD1GTTh

After finishing in a very credible seventh position during the curtailed 2019-20 term, the Lions deserve another pat on the back when you factor in the distances they have had to travel over the course of the last nine months.

Guernsey Raiders – who visit the Midlands club on Saturday – also fall into that category and rather than being distracted or using their logistical obstacles as an excuse, Jordan Reynolds’ men (10th) should be chuffed with their progress on their return to National Two South. At one point, both the Raiders and Leicester Lions were in contention for the title race but these two teams can enjoy their final match of the season after strong campaigns.