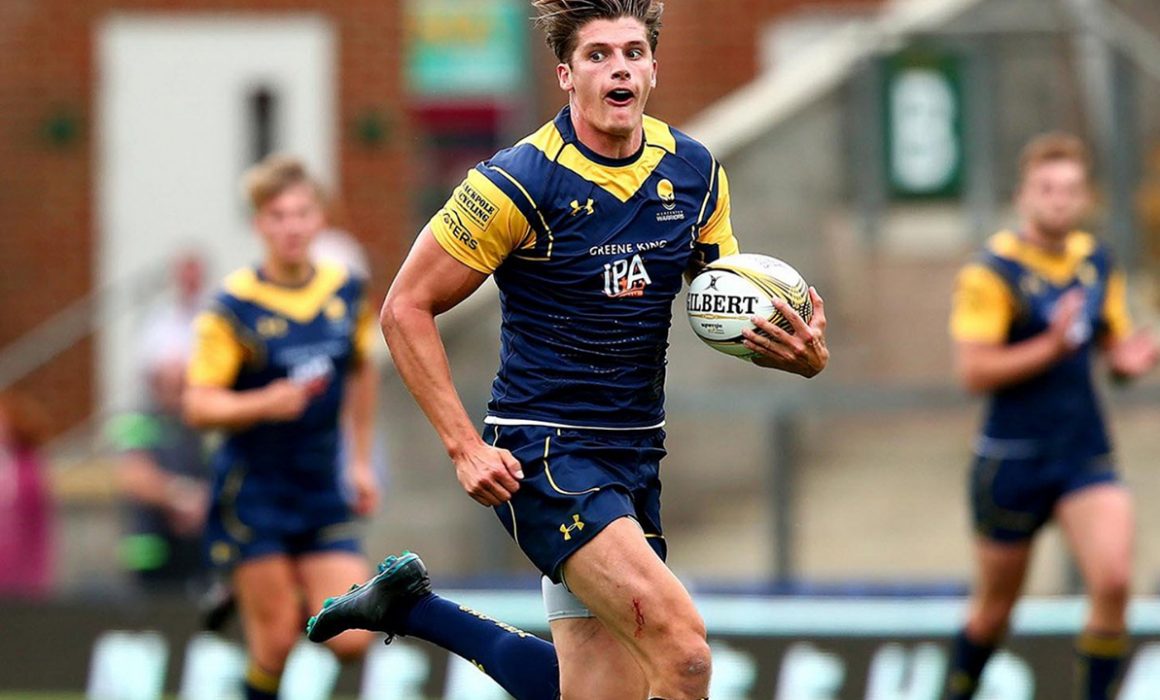 Ben Howard admits he is excited by the opportunity of playing for Old Elthamians in National One after a difficult end to his time at Worcester Warriors.

The full-back has decided to move away from the Premiership club after seven years at Sixways to join OEs.

“A lot of it [decision to leave] was down to circumstances really,” Howard told ncarugby.com

“I explored full-time rugby options and the last couple of years at Worcester have been difficult because of lack of playing time. There were things I didn’t agree with around that.

“I know OEs is part-time, but it appealed to me. I didn’t have any offers from a Premiership level so I was looking at either full-time Championship or doing something like this at an aspirational club where I am getting work experience alongside it.

“From a broader perspective and a broader lifestyle coupled together with the disillusionment I felt from full-time rugby over the last year or so, it is a fresh challenge and a new start to do something quite exciting.”

Howard, who is balancing his rugby at OEs with work for club sponsors Cognosec (part of the Secure Trading group), insisted he owes a lot to Worcester for giving him a route and a career in the game.

“I would never begrudge Worcester for anything because I achieved my childhood dreams with the club,” added Howard who won the Supporters’ Young Player of the Year in 2015.

“When I started out, I got a second year in the academy and played a pre-season game and had a half decent run-out and from there, I was almost straight into it really.

“I was on the bench for the first Premiership game of 2012/13 and got on in the second match against Leicester Tigers to make by debut at 19 which was unbelievable.

“I then remained involved around the first team squad with European games as well as Premiership games.

“I made 50 appearances for the club by 22 and by 25, I made 64 so the last year or two have been frustrating in that respect. It was an incredible time and it is a shame really to have had that exposure at such a young age, to then not kick on with it.”

During his time with Worcester, the 25-year-old also represented England at U20 level as well as on the Sevens circuit as recently as this year.

Howard was part of the first England U20 side to win the Junior World Cup back in 2013 in a squad which included the likes of Jack Nowell, Anthony Watson and Henry Slade.

He added: “A lot of that side have gone on and actually been capped by England and in Ross Moriarty’s case, Wales. We had a hell of a side!

“In terms of Sevens, this year has been a different experience. The actual buzz and excitement around a World Series event is amazing. You are playing in front of thousands of people at all these venues so it really has been awesome. Hopefully everything has not finished yet, but we shall see!”

Old Elthamians have been one of the busiest clubs since the end of last season and they are keen to avoid 'second season syndrome' in National One. #Nat1 pic.twitter.com/dIzQ9m3540

For now, Howard is focused on OEs who are looking forward to their second season in National One after impressing in their maiden campaign.

After five promotions in nine years, the men from College Meadow were certainly the surprise package last term and with 11 new players already signed up, OEs are continuing to progress.

They begin their campaign on September 1st against recently relegated Rotherham Titans at Clifton Lane and Howard is excited by the vision of Old Elthamians and is keen to embrace his new challenge.

He said: “I have come to OEs because I want to help the club and I want to see them do well. The things Gav [Director of Rugby Gavin Lach] and the background staff have put in place at the club really are professional especially for National One level.

“We as players have been given everything we need to succeed and it is now a case of us working hard and putting things together to hit the ground running because we do have a tough start to the season.

“It is exciting to get the pre-season games going and hopefully push for a starting spot against Rotherham. After that, it is ultimately about me wanting to add something to this team and show the coaches and other lads what I can offer and hopefully I will be able to do that.”