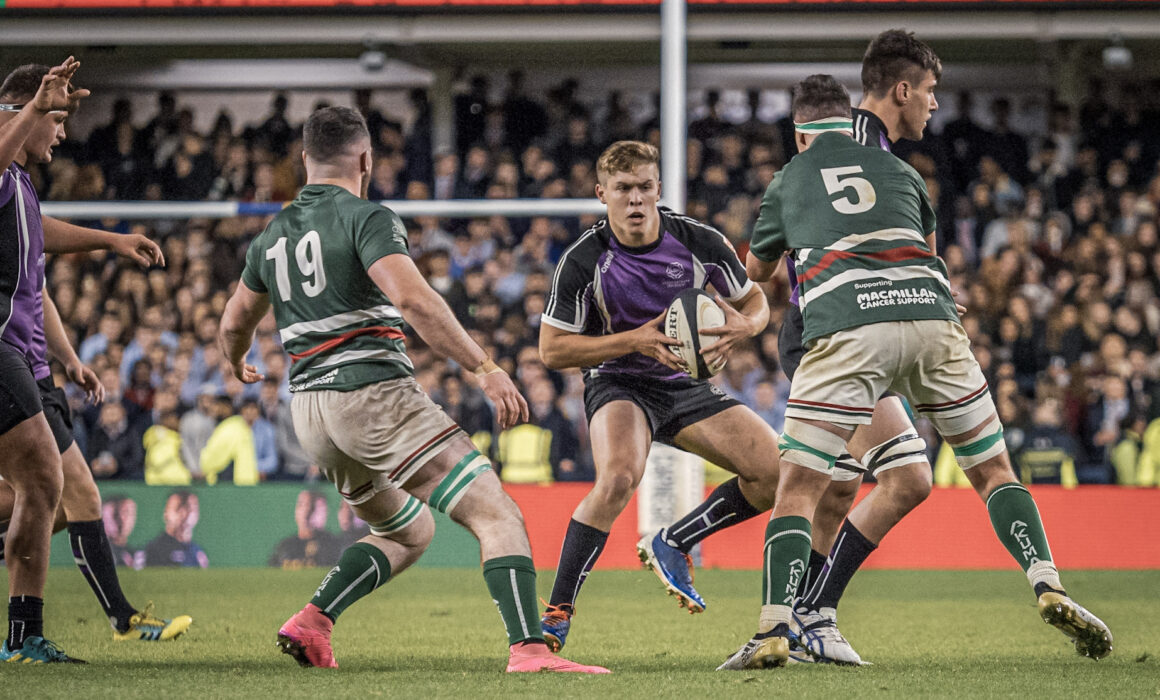 After being announced as part of the England U20 EPS last week, Leeds Tykes fly-half Dan Lancaster spoke to Joe Harvey about his selection and playing for his boyhood club.

Dan Lancaster has been named in Alan Dickens’ England U20 Elite Player Squad (EPS), and he has done it the hard way.

Having not played club rugby since last March, the 19-year-old fly-half has been training alone for much of the past 10 months.

Training at West Park Leeds RUFC, where he started his rugby career and where Leeds Tykes will be playing their National One games, the former Bishop Burton pupil did enough to impress the England coaching staff in the North vs South matches.

The fixtures acted as a trial to help selectors assess players who haven’t had too much game time due to the postponement of both the Championship and the National League seasons.

It has been a tumultuous 18 months on and off the pitch for Lancaster as a whole. Representing Yorkshire Carnegie in the Championship and Championship Cup on 19 occasions, as well as playing for Leeds Beckett, Carnegie’s relegation to the third division marked the end of an era at the club.

Joining the National Leagues under their former banner of Leeds Tykes, Lancaster’s selection at national age-grade level gets a club, that has essentially hit the F5 key on their journey, off to the best possible start.

“I think it is a good thing for Leeds,” Lancaster said. “It is good to get the name back out there. If you look at 15 years ago when the team had Danny Care, Iain Balshaw, Gordon Ross, all of the players who won the Powergen Cup in 2005, it feels good to get the club back representing the country.

“From that regard, I am pretty proud. What happened with Yorkshire happened, but we can’t really focus on that. It is about what is now and hopefully we can rebuild the club and get it back to where it should be.”

Of course, the name of Lancaster and Leeds Tykes goes hand in hand. Dan’s father, Stuart, played the majority of his club career at Headingley and following his retirement, he worked as a key member of the side’s Academy between 2000 and 2005. He was then Director of Rugby for two seasons before taking on his first role with England.

As a boy, Lancaster Jnr watched Leeds lift the Powergen Cup at Twickenham as the club gained promotion back to the Premiership in 2006. He was also a season ticket holder and he even sat on the touchline as a ball boy.

Like his father, Lancaster represented Scotland at age-grade level before deciding that he preferred a white shirt to a blue one. As mentioned previously, he was a part of every Carnegie game last season and played some BUCS Super Rugby to continue his development. 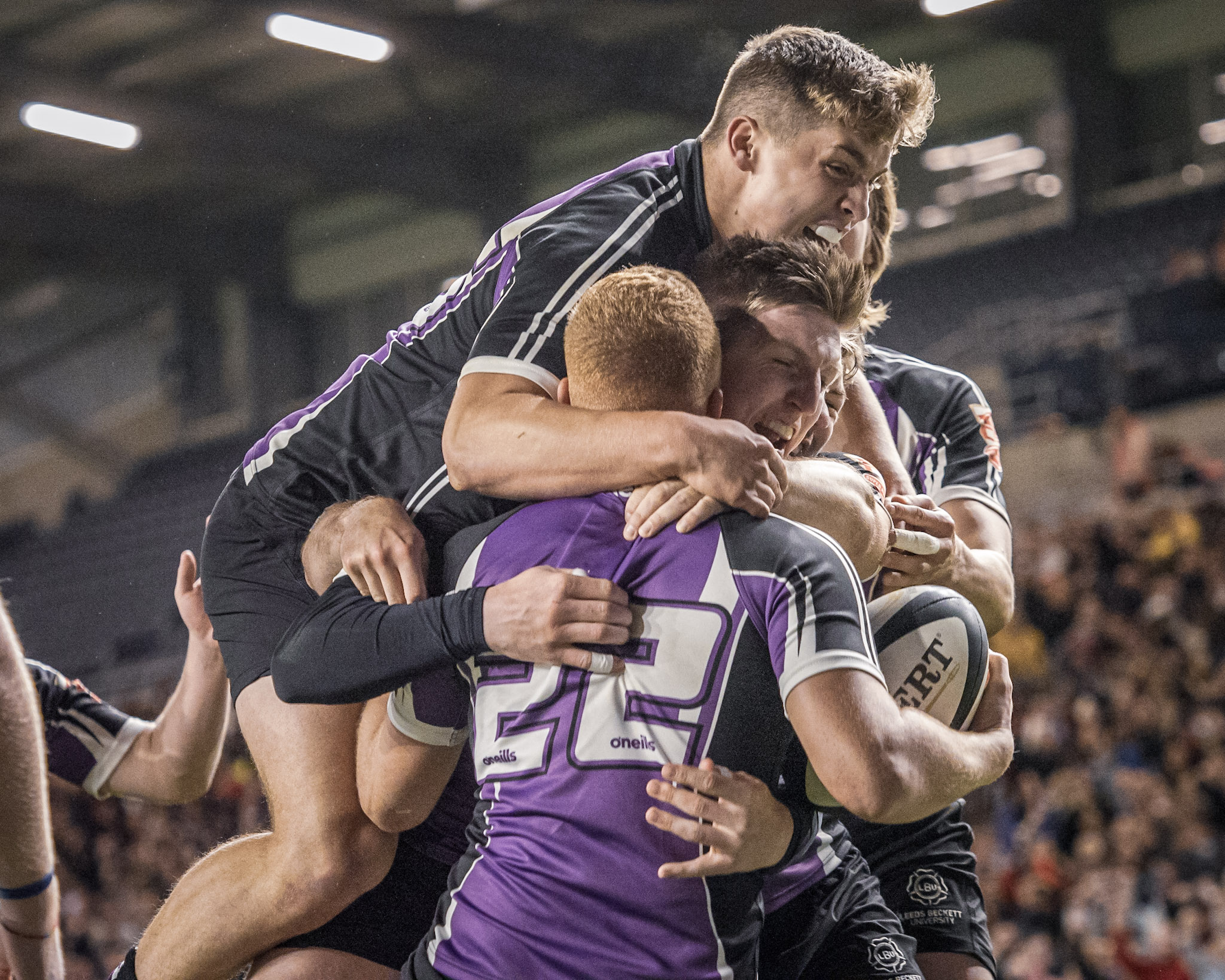 With two very contrasting styles of play, Lancaster believes those experiences have benefitted him greatly.

“In the Championship, it was a bit slower, but more physical, with it being adult rugby,” Lancaster said. “But then you have got the comparison with BUCS rugby, where it is not quite as physical, but it is a lot faster, so I think I got the best of both worlds really.

“I played 19 games for Yorkshire Carnegie, so every Champ game and the Champ Cup games, then I also got around six games with Beckett. Although it was frustrating when I was on the back foot, playing 10 or 12 for Carnegie, I also got the opportunity to play front foot ball, which definitely has helped me improve my game.

“It has been tough, especially playing on the back foot, but when I got the opportunity to play on front foot ball, it was a lot nicer.”

Now in an England U20’s camp as the side prepares for their Six Nations campaign, it is entirely plausible that Lancaster will be the only member of the Tykes team to play any form of meaningful rugby this season.

Following the most recent national lockdown, the NCA’s Cup competition has been thrown into doubt. At university level, there are still question marks around whether the season will take place. As a result, Lancaster is fully aware of the opportunity he has over the coming weeks.

“It has been hard for everyone from National One,” Lancaster said. “I am just happy enough and fortunate enough that I get an opportunity to go out, to play and to train. We (England U20’s) have got a camp now, so for the next two months or so, I will be full-time, which I am really grateful for.

“I know the Leeds players are wanting to get back out there and play in front of people. Even just to play games in general, so it is tough, and I am grateful for the opportunity and hopefully, I can take that experience back to Leeds Tykes and Leeds Beckett when I go back.”