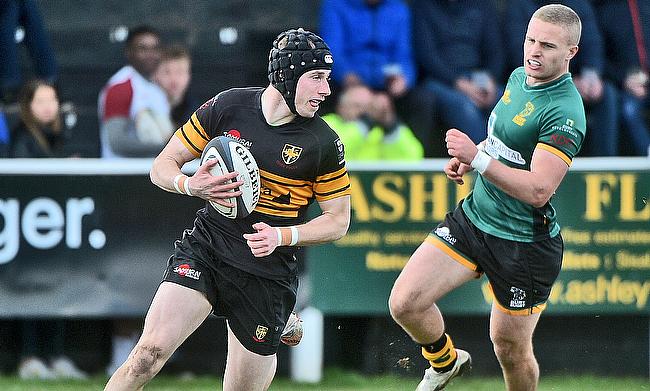 National One newcomers Hull and Esher get their 2022/23 campaigns underway at Bishop’s Stortford and Rams RFC respectively when the season kicks off on September 3rd. (Photo Credit: Leo Wilkinson)

The Yorkshire club created history last term after securing promotion to the third tier whilst Esher are back in National One for the first time since 2018/19.

The structural changes to levels three and four means National One now only contains 14 teams whilst National Two has been split into three divisions of 14 clubs each – National Two North, National Two East and National Two West. Break weekends have also been layered into the season.

Newly-promoted into National Two North are Preston Grasshoppers who travel to Wharfedale in Round One, whilst Sheffield are away to Tynedale and Otley take on Sedgley Park.

In the east, Blackheath – who were relegated from National One – host a Dorking team who are back in the National Leagues for the first time in six years whilst London & SE Premier champions Sevenoaks face Westcliff and new boys North Walsham host Canterbury.

Old Redcliffians begin their return to level four by welcoming fellow-promoted side Newport (Salop) to Bristol in National Two West, whilst Exeter University make the trip to Barnstaple and Hornets start their National League journey away at Leicester Lions in what looks set to be an intriguing curtain-raising round of fixtures.

The National League Rugby Review Show will once again bring you the best tries and biggest moments during the 2022/23 season and all of our episodes from a fascinating 2021/22 campaign are currently available to watch for FREE!  We are also working on plans for the Show so we will keep everyone updated on this.

Also, promotion and relegation clarification for the season within the community game will be confirmed following RFU Council approval. RFU Council meets this Friday so clubs will have all the information they require next week for planning.

Fixtures and tables for the 2022/23 season can be found HERE and we will be updating our own website in due course.

Here’s the first round of fixtures from across all four divisions. Kick-off times TBC.