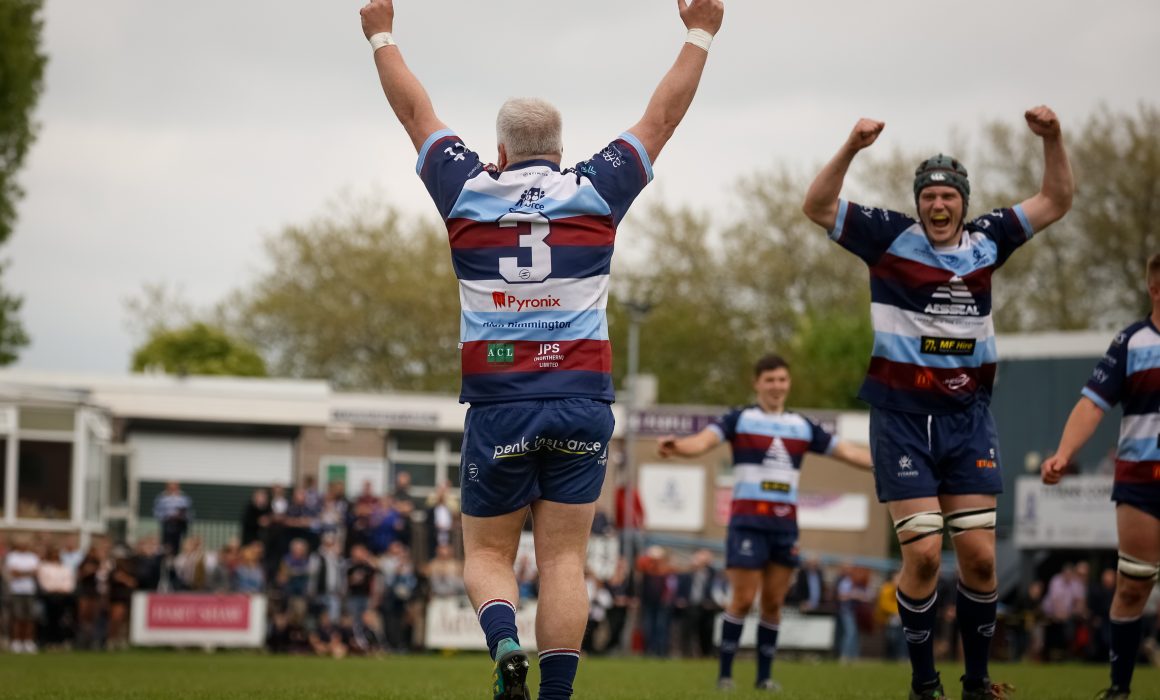 The final whistle on the 2021/22 season has now been blown as the remaining four fixtures punctuated a thrilling campaign of National League Rugby. (Photo Credit: Gareth Lyons)

Leeds Tykes once again displayed their character and resilience as they fought back from 29-10 down to draw 32-32 with Cinderford in a pulsating encounter at The Sycamores.

Both teams swapped early tries with Nathan Taylor and James Magee going over before the away side scored 17 points in 22 minutes.

📺 The National League Rugby Review Show: End of Season Finale@WMuggleton hosts the last show of the season as the curtain comes down on the campaign.

Sam Baker and Mike Austin touched down either side of Taylor’s second, which saw the hooker end the season as the leading try-scorer in National One.

Andrew Lawson and his opposite number Austin got the scoring going in the second period, but the Tykes roared back with tries from Magee and Dominic Hardman.

Austin pinged over a penalty to give Cinderford a 10-point cushion heading into the final 10 minutes, but Leeds were determined to conclude the campaign unbeaten in four matches as Adebowale Ademakin and Smith rescued a draw for the hosts.

Sedgley Park ended the National Two North season in second spot with their highest-ever points total in this division after a thumping 52-26 victory over Bournville.

Harry Dawson did cross at the beginning of the second 40 for Bournville, but Sedge completed their solid campaign in style as the irrepressible Matt Gallagher – along with Danny Openshaw and Jacob Tansey – all went over.

Scores from James Randall, Tom Burrows and Ashley Scriven meant the home side did finish a very entertaining maiden campaign at this level with a four-try bonus point.

Sedge’s 25th win of the season meant Rotherham Titans could not swoop in and clinch the silver medal in National Two North, but the Yorkshire outfit did sign off from 2021/22 with a 36-17 triumph over Sheffield Tigers.

After Tom Parkin had put the visitors in front from the tee, the Titans took control of proceedings as a double from Harry Dunne helped the home side into a 12-3 lead.

George Tucker extended Rotherham’s advantage after the break before Dunne rounded off an excellent season by completing his hat-trick on 50 minutes.

Lewis Taylor got in on the act as the Titans scored their fifth but two tries shortly after the hour from Simeon Meek and Harrison Astley cut the gap to 16 points.

However, the Tigers couldn’t make any further inroads and Rotherham’s victory had a special ending as club legend and retiring front-rower Colin Quigley kicked a penalty late on.

Two tries apiece from Oliver Taylor, Daniel Martin and Will Helliwell guided Leicester Lions to a 47-14 victory over Guernsey Raiders as the Midlands club concluded a strong campaign with an eighth successive win.

Gareth Collins’ side also stitched together a run of 14 consecutive home triumphs as they ended the season in fifth place.

Nick Cairns also crossed the whitewash for the Lions who ran away with this contest after half-time.

James Regnard and Joe Andresen had helped Guernsey into a 14-12 lead after 33 minutes, but despite a scoreless second period, the Raiders will take huge confidence from their return to National Two South.