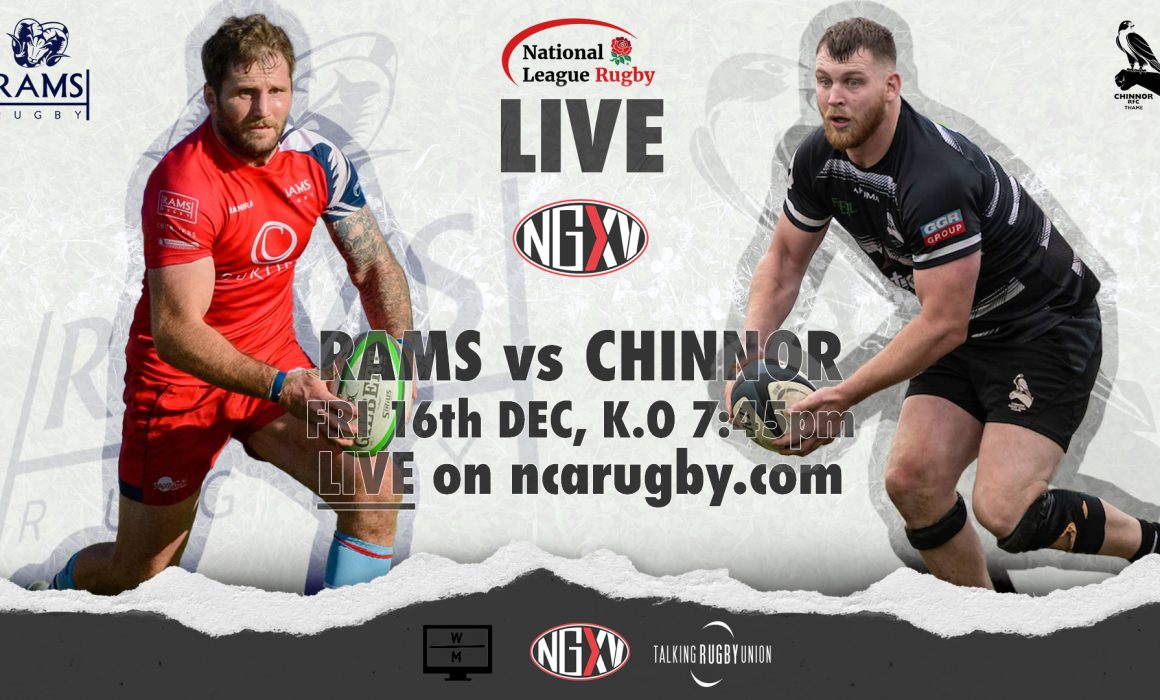 For the second successive season, National League Rugby is delighted to announce we will be live-streaming Rams RFC v Chinnor in National One on Friday, December 16th. Kick-off 7:45pm.

After working alongside NextGenXV and Talking Rugby Union to show this fixture in the 2021-22 campaign, this local derby will once again be broadcast live for FREE on our website and on National League Rugby’s YouTube channel.

The positive feedback we received last season was hugely encouraging and thanks to the support of Rams CEO Gary Reynolds, the cooperation of both clubs and the expertise which NextGenXV offer, we are able to showcase the quality of National League Rugby and the value levels three and four bring to the game.

The host and producer of The National League Rugby Review Show, Warren Muggleton, will lead our coverage with freelance journalist Joe Harvey adding his expert insight as part of the punditry team. More guest names will be revealed closer to the date so keep your eyes peeled.

Talking Rugby Union will work closely with NextGenXV to help power the live stream, with their dedication to promoting National League Rugby still top of their agenda.

Back in March, Rams – who currently lead the way in National One thanks to a stunning run of 11 consecutive bonus-point victories – won 38-22 against Chinnor with skipper Robbie Stapley scoring a hat-trick in front of a packed crowd at Old Bath Road. The match also received nearly 7,000 views on YouTube so we are expecting a Christmas cracker on December 16th.

More details – including how to watch the game – will be announced in due course.

If your club would like to find out more about live-streaming or you’d like any more information ahead of this fixture please contact Chris Heal: chris@talkingrugbyunion.co.uk