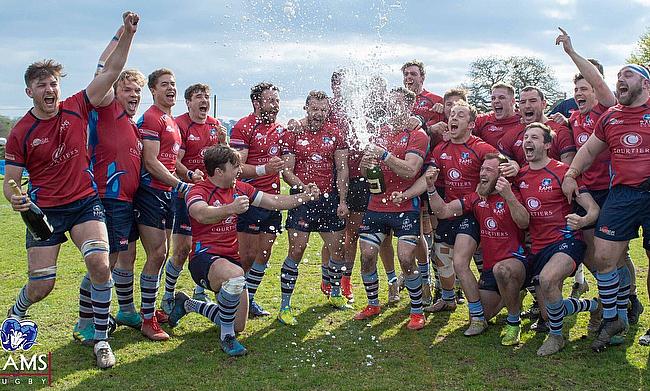 Rams RFC CEO Gary Reynolds has expressed his desire not to see the Premiership ring-fenced, admitting his club can aspire to compete in the top-flight. (Photo Credit: Paul Clark)

The Berkshire outfit finished second in National One in the curtailed 2019/20 campaign as the Rams’ rise through the English rugby pyramid continued.

The club defied all expectations during their maiden season in the third tier and they remain ambitious, but Reynolds told The Rugby Paper having the Premiership as its own entity would not be beneficial for both the division and the leagues below.

Speaking to Neale Harvey of TRP, Reynolds said: “It’s very dangerous to make a major decision to say that these will be the top clubs and that’s it, the door is now shut on anyone else who may have higher ambitions.

“First, we will be downgrading the Premiership product because there will be no promotion and relegation, and a consequence of that is that a club down there doesn’t have to invest in new players, they can slash their wage bill and just survive. Everybody says this is a benefit, but it’s a benefit to everybody expect the fans because they’re the ones that will suffer.

“Fans watching bottom end clubs are going to see a downgraded game because if you save money, you’re not going to have the same quality players. The Premiership should be aware that ring-fencing may actually make the product less attractive.”

It was a special debut season in #Nat1 for @Rams_RFC Rams and Director of Rugby Seb Reynolds has highlighted their opening day win over Cambridge as a standout moment in their campaign: "It showed we could compete and win in this league." 🐏#NCAmemories pic.twitter.com/bRJePuZb7T

Clubs such as Exeter Chiefs and Bristol Bears have benefitted from the Premiership keeping its doors open whilst the likes of Ealing Trailfinders certainly have ambitions to be at the top table in the not too distant future.

For Rams, who have gone from South West Premier champions to promotion challengers in National One in the space of five years, they are still enjoying their journey and Reynolds admitted to TRP that his club can aspire to play Premiership rugby.

He added: “Why not?” Berkshire schools and clubs have produced good quality rugby players and the county punches above its weight.

“London Irish are going back to London and that opens up scope for the county and the Reading/Thames Valley area to pursue its own future and provide good quality rugby from one of its local clubs.

“We have a thriving academy, provide coaching into the university and work our socks off to give kids in local schools a great experience in the game, so who knows how far we could go?”