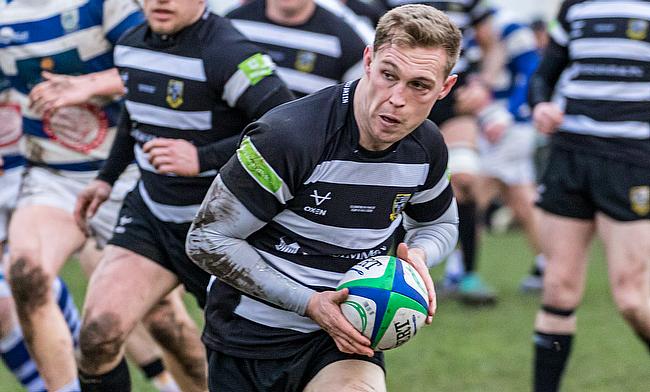 What is currently happening in the world seems unprecedented. Photo Credit: (John and Barbara Austin)

Of course, the wider crises quite rightly means sport has paled into insignificance, but to see so many leagues and events suspended or cancelled completely due to the coronavirus outbreak made for a surreal weekend.

However, 10 fixtures did go ahead in the National Leagues and the majority of games had something riding on them.

In National One, Hull Ionians followed Canterbury through the trapdoor as the Yorkshire club’s defeat to Blackheath confirmed their relegation whilst Rams RFC moved up to third in the table following a narrow, but pulsating win over Cinderford.

In National Two North, the fight to avoid the drop experienced its biggest twist yet as Otley, Huddersfield and Wharfedale all clinched vital wins meaning just seven points separate ninth place and the final relegation spot in the division.

Meanwhile in National Two South, Taunton Titans are the new leaders after brushing Esher aside whilst Redruth and Bournemouth endured contrasting fortunes.

Below is a more in-depth review from the weekend, which also includes Sale FC’s win over Birmingham Moseley on Thursday night.

Jonathan Keep’s side have won on 12 occasions this season, 10 of which have come on their own patch, and this was another solid home display from Sale.

In torrential weather conditions, the hosts dominated the first half and led 21-3 thanks to a penalty try plus scores from Stone Priestley-Nagle and Fergus Mulchrone.

A converted Sam Pointon try with 10 minutes remaining saw Moseley claim their first score of the evening, but Sale had the final say as Mulchrone grabbed his second to wrap up the win.

Rams RFC held out a remarkable Cinderford fightback to edge to a narrow victory at Dockham Road.

Andy Humberstone crossed early for the visitors, but Cinderford’s Matt Gilbert responded for the home side to level the scores.

However, Rams turned the screw and tries from Conor Corrigan, Jack Steadman and Tom Vooght put the visitors in a comfortable position.

But Cinderford decided to bring themselves back into the contest as Terence Babarinsa and Sam Baker scored either side of the break.

Both sides then exchanged scores as Corrigan’s second was matched by Jack Reeves, but Connor Hayhow’s try kept the Rams in the ascendency.

The visitors then had to weather a late surge from Cinderford as a brace from George Evans set-up a tense finale, but the Rams held out to move up to third in the table.

Hull Ionians’ stay in National One has come to an end as a heavy defeat against Blackheath confirmed their relegation on Saturday.

The I’s knew they had to at least avoid defeat to stand any chance of delaying the inevitable for another week, but ‘Club’ showed no mercy at Brantingham Park.

Callum Smith, Harry Butler and George Mewburn went over for the I’s, but the Yorkshire club will once again be playing National Two North rugby next season.

Sedgley Park moved to within seven points of second-placed Fylde thanks to a bonus-point win over Loughborough Students.

Tries from Connor James and Tom Ailes helped Sedge into a 15-0 lead, but a brace of converted scores from George Barber helped Loughborough reduce the deficit by the 42nd minute.

However, Sedge reasserted their control and Ollie Glasse, Bob Birtwell and Danny Openshaw all added touchdowns to seal the win for the home side.

Chester stretched their unbeaten run to four matches with a bonus-point romp over already relegated Scunthorpe.

Josh Lugsden opened and concluded the scoring for Scunthorpe, with lock Josh Sarsfield also crossing for the hosts.

Wharfedale ended their mini blip in form by coming from behind to beat Stourbridge at the Avenue.

Callum Morris opened the scoring to put Stour ahead, but an instant reply from Jack Blakeney-Edwards levelled things up.

Afeafe Haisila’s try was matched by Dale’s Chris Jackson, but the Stour fly-half nudged over a penalty to give the visitors a 15-14 half-time lead.

However, Stour’s advantage lasted just five minutes as Oli Cicognini dotted down in the corner after latching on to Blakeney-Edwards’ superb cross-field kick.

Both sides then struggled to assert themselves in the remaining 35 minutes in Yorkshire, but Wharfedale did hold on for a vital win. The victory for the Greens means they are now seven points clear of the drop zone as the fight for survival rumbles on in National Two North.

Huddersfield remain five points clear of the relegation zone in National Two North, despite picking up a superb and potentially crucial win over Tynedale.

With rivals Otley also securing a bonus-point win on Saturday, Gareth Lewis’ side were unable to truly distance themselves from danger but this victory at Lockwood Park could prove to be vital come the end of the season.

First half tries by Francis Entressengle and Tom Hodson gave Huddersfield a 17-15 lead, with Ben Bell and Ethan Clarke going over for Tynedale.

After the break, touchdowns by Josh Crickmay and Alex Battye were enough to seal an excellent win for Field.

Otley have significantly boosted their survival chances in National Two North after securing an excellent victory against Luctonians.

Tries from Owen Dudman and Adam Malthouse, plus a penalty from Ben Smith, gave Otley a solid lead, but only after Charles Meredith had dotted down for Luctonians.

Malthouse’s second, as well as a scores from Elliot Morgan and Max Johnson, extended the Otley advantage, but Luctonians replied through Meredith to make it 36-12 at half-time.

The away side were unable to add to their tally until the 67th minute as Callum Young scored and when Rob Lewis dotted down shortly after, Lucs could sniff a potential comeback.

However, Otley were able to negotiate the final moments of the game to clinch a huge victory, which leaves the Yorkshire club just two points from safety.

Taunton Titans are now three points clear at the summit of National Two South thanks to their eight-try bonus-point win over Esher.

Pierre Thompson crossed for the Titans and Isaac Dalton followed suit for the hosts, but Cameron Gentles broke back for Esher.

Alex Spurdle was able to extend Taunton’s lead and the hooker went on to clinch his hat-trick after the interval at the Towergate Stadium.

Nick Mason, Sam Prior and Thompson sealed the victory for the Titans, whilst Joe Beckett scored a consolation try for Esher in the second period.

Redruth recorded their 13th successive victory as they beat Leicester Lions to maintain their promotion push in National Two South.

The Reds dominated the majority of the first period as Jamie Prisk, Jack Oulton and Jack Simmons all went over.

However, the hosts bucked their ideas up and were able to reduce Redruth’s lead to just four points either side of half-time as Devon Constant and Harry Glynn both touched down, with the latter also landing a penalty.

But, the final quarter of this contest belonged to Redruth as Ben Fox and Dean Bonds wrapped up the win for the away side, which leaves them just two points behind second-placed Tonbridge Juddians.

Bournemouth’s survival hopes in National Two South suffered a setback after they were edged out by Barnes at Chapel Gate.

The Lions are now 21 points from safety with five games remaining in their season, but they do, as things stand, face all three of their relegation rivals in the coming weeks so it is far from over for Bournemouth just yet.

Barnes led 10-0 at half-time in this contest thanks to a converted try from winger Paul O’Dell and a penalty via Josh Hammett.

The hosts roared back at the start of the second-half as two tries in four minutes from Michael Pope and Alex Sutherland turned the game on its head.

However, the defining moment came 12 minutes from time as Cameron Ruddock barged his way over to ultimately clinch the win for Barnes.