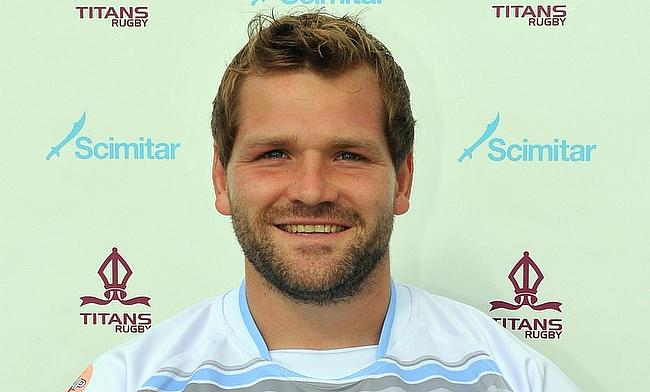 Joe Barker wants his appointment as Rotherham Titans head coach to be the start of a new chapter for the club after their relegation to National One.

The Titans had parted ways with former boss Andy Key in December, but the club were still unable to avoid the drop.

And following the end of a 14 year-spell in English rugby’s second tier, player/coach Barker is only focusing on the future.

This is your match day tweeter signing off for this season. My hopes are to be back with you next season, where we will visit some new grounds and see what National One has to offer. #TitansFamily. #OnceATitan

“We’re not really dwelling on last year,” he said.

“It was difficult and it was upsetting, but it’s more about what we are going to do now. I can’t say there has been many conversations about what happened last year.”

Barker has been given the job following three years as a player at Clifton Lane as well as coaching the backs during the second half of last season.

Rotherham managed just two victories in 2017/18 – which came against Cornish Pirates and Yorkshire Carnegie – and after such a tough campaign, Director of Rugby Martin Jenkinson decided to take the club in a new direction.

“In the first couple of months of me taking the backs coach role last year, what I was doing was going well,” Barker added.

“Jenks was already deciding to plan for what he wanted to do next year. We didn’t actually finalise for me to be head coach to begin with, but we were just trying to get a bit of a base together.

“We needed an understanding of how this was going to work because it is basically brand new for the club. After conversations with Jenks every day, he asked to me head coach and now I am the player/coach.

“I love the club and I want to get them back to where they belong. I was part of the team that unfortunately went down so I want to help this club return to the Championship.”

Hey everyone, meet the new @RotherhamRugby Coaching Staff…. my favourite is the Head Coach! ? ? https://t.co/zpqUXPmtsI

Barker joined Rotherham in 2015 following a season with Hull Ionians in National Two North and when he arrived in South Yorkshire, he said the move back into the Championship helped him revive his rugby career meaning plans to become a teacher were put on hold.

It’s clear the Titans are a club very close to Barker’s heart and he is determined to give them something back as they prepare for life in National One.

He added: “I have nothing but love for this club. When Lee Blackett rang me up to ask me to come and play for Rotherham, I was planning to be a teacher. I was set for a teaching course the year after!

“As soon as I arrived and started getting involved, I got a good feeling about the club. It is an old-fashioned club, but everyone involved with the club loves the club.

“Now, I want to pay the club back for everything they have done for me. They got be back into professional rugby and back into enjoying the game a lot more.”

Barker’s first taste of professional rugby came at Yorkshire Carnegie where he also spent time on loan at National One side Otley.

He admits the experiences he had at both Otley and Hull Ionians will help him ahead of this season, but knows the atmosphere has to be right amongst a brand-new squad of players if the Titans are to have a successful campaign.

Into the unknown with @RotherhamRugby in National One. Here are all the 2018-19 fixtures… pic.twitter.com/h1iJ66amjr

“This year, it is going to be a new squad and coaching set-up,” Barker said. “We have signed 20 +lads and we have got a couple more to sign which will be good.

“It is exciting and with the squad we are building, I am confident we can do something in the league and we can perform very well.

“It is now how we get the squad together and get them on the same wavelength.

“That will start through the environment. I am a big believer in setting the right environment. That is the bottom of the pyramid. If you don’t have that, you can’t get anywhere.

“There will be some tough challenges though. National One is an extremely hard league. We will have 30 very tough games, but we are looking to bounce straight back.”