In his first post, Matt roles back the years to when he first made his senior 1st XV debut….

Firstly, I want to say a big thank you if you’re taking the time to read this and hopefully, it will offer some insight to my less than conventional path into professional rugby.

A brief introduction, my name is Matt Walsh (Walshy). I’m sitting here editing this on my 28th birthday and I’m a scrum half at Tonbridge Juddians.

My Dad played rugby from being a student, in Leeds.  Few people recognise that, despite Yorkshire & Lancashire being the Rugby League stronghold, there are as many Union clubs in Yorkshire as there are League; give or take, which is how it all began.

I was born in Somerset, but arrived in Sussex at a very early age and was introduced to rugby as an Under-7 at a nearby club, Haywards Heath RFC.

It was left to me to decide if I wanted to play and, after some deliberation, a couple of weeks into the season as we drove past the Haywards Heath club, I exclaimed to Mum: “I want to play rugby and I want to play there”.  Mum hit the brakes and took me into the clubhouse where I was greeted by one of the senior blazers who welcomed me and asked if Mum could bring me back the next day when I could play with boys and girls my own size.  Dad was out of the country on business so it was Mum who took me for my very first session.

Being small, I struggled to get any game time in matches against other clubs, rarely even making the bench so after a frustrating first year as an U7 supporting loyally from the touchline, I decided rugby wasn’t for me and didn’t attend for the start of the U8 season.

I then went to the ‘dark side’.  I started playing football conveniently for a team that played on pitches adjacent to the rugby club – Cuckfield Cosmos.  So, Dad, who was now coaching the year below me at Haywards Heath, could take me and pick me up but never actually watch the session. I remember finishing training, walking 200m over to the rugby pitches to meet Dad, seeing all my mates and realising football wasn’t for me.  Before the season was complete, I returned to rugby, recognising that anything was better than football.

It was as a junior, as the teams grew in number, that I got my first opportunity to start in a competitive match – as a flanker! It had been recognised that I had an ‘engine’ and so was simply asked to be a nuisance and win the ball back whenever we lost it.  How hard could it be? I had a great time. Technically, there was a lot left to be desired but I learned as I went and at the End of Season Awards Day, I was voted ‘Most Improved Player’. Classic. The journey began.

With this new-found confidence I wanted to push on, but recognised that I was never going to make it in the back-row. Dad played Scrum Half at the club and was always eager to teach me ball handling and kicking skills in the garden, usually straight after we got back from training. 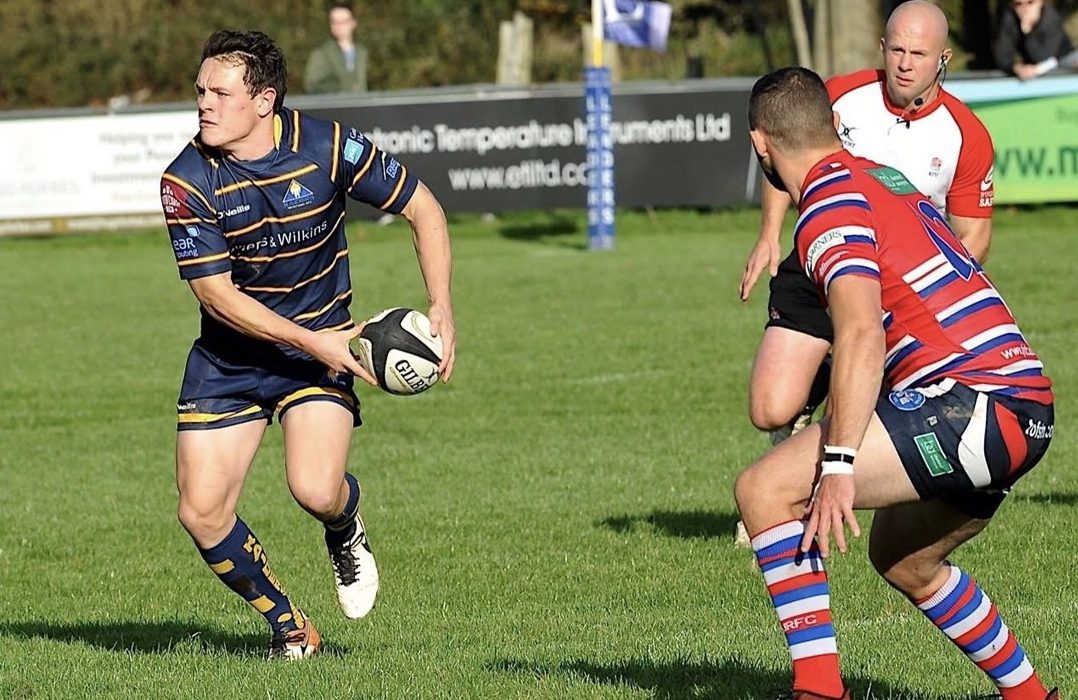 Matt Walsh in action for Worthing Raiders – one of several clubs the scrum-half will discuss in later blogs. Photo Credit: Jez King

Now, I was actually interested and started to make progress passing off both hands and kicking with both feet.  Coming off the bench, playing a very different game to the established scrum-half, I started to challenge the coaches’ thinking and eventually made the nine shirt my own.

During this time, I was attending Oathall Community College, in Haywards Heath.  A lovely state secondary school which punched above its weight on the rugby pitch, usually dominating the District and beating some private schools along the way.  It was an environment where I felt able to play with freedom and a time when I feel it was really important for me to progress. It was about growing in confidence on and off the pitch, preparing for Sundays.

After my GCSE’s, I moved to Sussex Downs College, which had a part-time rugby academy programme running throughout the academic week.  A gentleman called Jim Maskell led this, someone who I really looked up to.  He was ex-military, no nonsense and, at times, ruthless but also extremely kind.  He instilled genuine rugby values into our team and we went onto have Daily Mail Cup success and become Sussex Champions in my final year.  If you’re reading this Jim, you’re a top bloke.

Back to club, I progressed at 9 in the Colts where I caught the eye of the first team coach, former England Saxon and England Sevens man – Adam Vander.  Adam saw something he liked about my style of play and midway through the season as a 17-year-old, he gave me my first start in National Three – away against Diss, in deepest East Anglia.

On match day, having been on the coach for nearly an hour, nerves jangling as we crept along the M25, a call was taken informing us that Diss had cried off.  My 1st XV debut up in smoke.  All that pre-match tension dissolved into huge anti-climax.  Still, Colts rugby to play tomorrow.

After finishing the season captaining the Colts, I was awarded Players’ Player of the Season.  A truly rewarding end to an amazing few years as a junior.  A journey I loved, leaving with friends for life.

Weeks later, I was invited to a party on a Friday night miles from anywhere, somewhere in darkest Kent.  To this day I don’t know where I was.  Two, maybe three drinks into the evening I received a call from Dad – “don’t drink anything else, you’ve been picked to start tomorrow”.

What followed, according to my Dad [once he found me], was a rollercoaster of emotion – falling from the heights of ‘I’ve been picked for the 1st XV’ to the lows of ‘but I haven’t got No.1s, so I’ll look stupid after the game’, and back up and down again repeatedly all the way home.

“Who are we playing?” I asked at some stage of the stomach-churning ride.  Dad grinned as he replied, “Diss”….