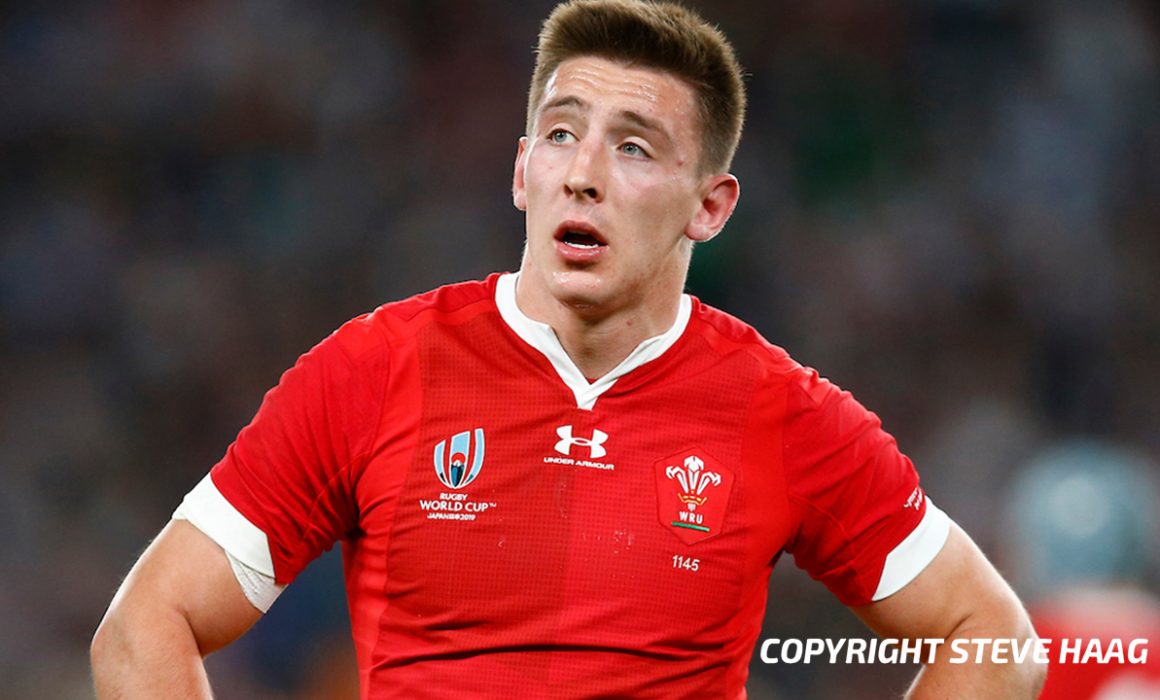 Four years ago, the rugby career of Josh Adams was in a far different place.

Released by the Scarlets during the previous summer, Adams moved to newly promoted Worcester Warriors to reignite his progress in the game.

Having already represented his country at age grade level, Adams wouldn’t become a regular in the Worcester side until the second half of 2016 so the winger spent some time spent with then National One side Cinderford.

A club that has also previously hosted the likes of Freddie Burns, Ben Morgan, Sam Underhill and Henry Trinder in the formative years of their careers, Cinderford’s Director of Rugby, Paul Morris, admits that not many at Cinderford expected Adams reach the heady heights that he has.

“I think anybody who says they could see that, from within Cinderford, I think would be lying including myself,” Morris said.

“He was very highly thought of by the Worcester Academy staff and you could tell he was a good player and Mark Hewitt (then Academy Manager at Worcester Warriors) actually said to me when we signed Josh and two other players that ‘this kid was blessed’.

“He had already played for Wales U20s, but he said he was just struggling a little bit being away from Wales and just adapting to be a full-time professional all the time. He was a lot of fun, a really nice kid as well. He’s got a good character and a lot of personality.

“He played six games for us, which in a season that wasn’t going to well, we won three of them and he scored three tries in that period. He also got sin binned once, in his very first game, but he was fun to have at the time. The season was in danger of being so ignominious, it was just fading away from us and we were going to get relegated and that was that.”

One of three Worcester Academy players at Cinderford that season, Adams was joined by fly-half, Tiff Eden, and Italian U20s prop Derrick Appiah. Helped by the fact that Worcester’s former Director of Rugby Dean Ryan had his son playing for the Gloucestershire side at the time, Adams has since glowed about his time in National One.

“Josh has been very kind with his words about Cinderford in the past as well,” said Morris. “He has said it was the making of him, those are kind words, which is always nice to hear. Cinderford on a Thursday night can be quite bleak.

“It was back to basics rugby for him at the time and I think it reminded him of home a bit. The next time we saw him, he was in the Premiership 7s and he was outstanding in that. Then he got his chance with Worcester and the rest is history and it would look like there is a little bit more to write from the way things are going for him.”

It was at Worcester that Adams became one of the most lethal finishers in the world rugby. Top try scorer at the Rugby World Cup last year, the winger has already scored three tries for Wales in this year’s edition of the Six Nations.

Having stayed with Worcester for four seasons, Adams’ former Academy Backs Transition Coach, Gordon Ross, says that it is the 24-year-old’s attitude that has helped get the Cardiff wing to the very top of the game.

“He had an attitude to get better, to get better in whatever he was doing and he still had that when he was in the first team.

“It is great to see, but everything Josh has done is obviously down to the hard work that he has put in and we have just been there to help kick the balls in or catch and pass. Whatever he wanted to do. He wanted to get better everyday and that stood out for me.

“Every time he did skills, whatever it was, he was the best. No disrespect to some wingers, he had a very good skillset and he worked hard at it and that is probably now why he is getting the rewards for it. Like all young players, he got his opportunities at Worcester through injuries and he just excelled and kicked on.”

Worcester currently have three academy players dual-registered with National League clubs. Callum Morris (Stourbridge), Morgan Monks and Beck Cutting (Birmingham Moseley) are all plying their trade in the lowe tiers and  Ross says it is important that young players get to play rugby in their formative years.

“We just want all of our academy players playing rugby as often as they can,” Ross said. “Regardless of where it is and Josh went down and played his games for Cinderford. He went down there, no attitude about it, took his opportunity to go play and he was outstanding to them.

“He did his basics really well. We watched a couple of the games and his efforts were outstanding. He has obviously got a huge x-factor about him, but it is the core things he does, really, really well and that’s what is most important at that level, because that’s where you get challenged most at National One.

“You have to do your basics well because sometimes the pitches, they’re not great surfaces and if you don’t do the basics well, you will get found out. He just excelled, went down there with a smile on his face, worked hard, had the attitude to work and that’s where he gets most of his reward from.”

For his hat-trick of tries last weekend in Cardiff, Adams has been named as the Guinness Six Nations Player of Round One. Due to take to the field once more against Ireland in Dublin, he will be hoping to carry on his good form with a Lions tour just over a year away.