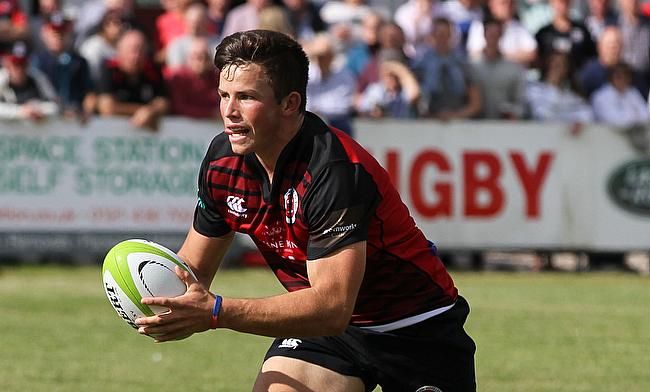 England Under 20s centre Will Butler talks about his time at Birmingham Moseley in National One this season and how it is helping him as both a player and a person.

“I try and compose myself in a way when I’m down there to make sure I am always on my game and trying to get better.”

Compare that to Newcastle's 15 which had an average age of 25, including 7⃣ internationals, led by Ally Hogg (34).

That gives you an indication of how good today's win was… #SuperCavs pic.twitter.com/Q1qrKm7Hm7

Worcester have a good relationship with the Birmingham based side with Jonny Arr spending time at the club during his rehabilitation form injury. Back Afeafe Haisila-Lokotui is on a dual-registration between Worcester and Birmingham Moseley while Alex Hearle is also on loan to the National One side along with full back Ben Howard, lock Andrew Kitchener and back-row Huw Taylor.

Birmingham have enjoyed a good season in National One with Butler in the side. He also enjoys that it is a chance to play senior rugby: “It sounds weird, but playing against older blokes, and actual men, it’s quite a challenge in itself physically.”

Playing regularly for the Worcester Cavaliers in the Premiership A-League and captaining the side, Will says that playing for Birmingham is a good experience for him: “It’s been nice to be able to play and have a game when I wouldn’t necessarily have one.

“It’s been a nice challenge and it’s a great bunch of lads down at Moseley, so I am really enjoying playing with them and challenging myself,” continued the centre.

Your England U20 side to face Scotland U20 on Friday night ?

Having played with the likes of Nick Isiekwe and Zach Mercer during his time with England under 20s, Will is a player held in high regard by the England hierarchy. Parachuted in to England’s U20 squad for the 2017 Six Nations following a lengthy injury, it is clear to see how important Will is to both Worcester and England.

Birmingham Moseley will be finishing their season away to Ampthill & District at Dillingham Park. The West Midlands side currently lie seventh in the league.